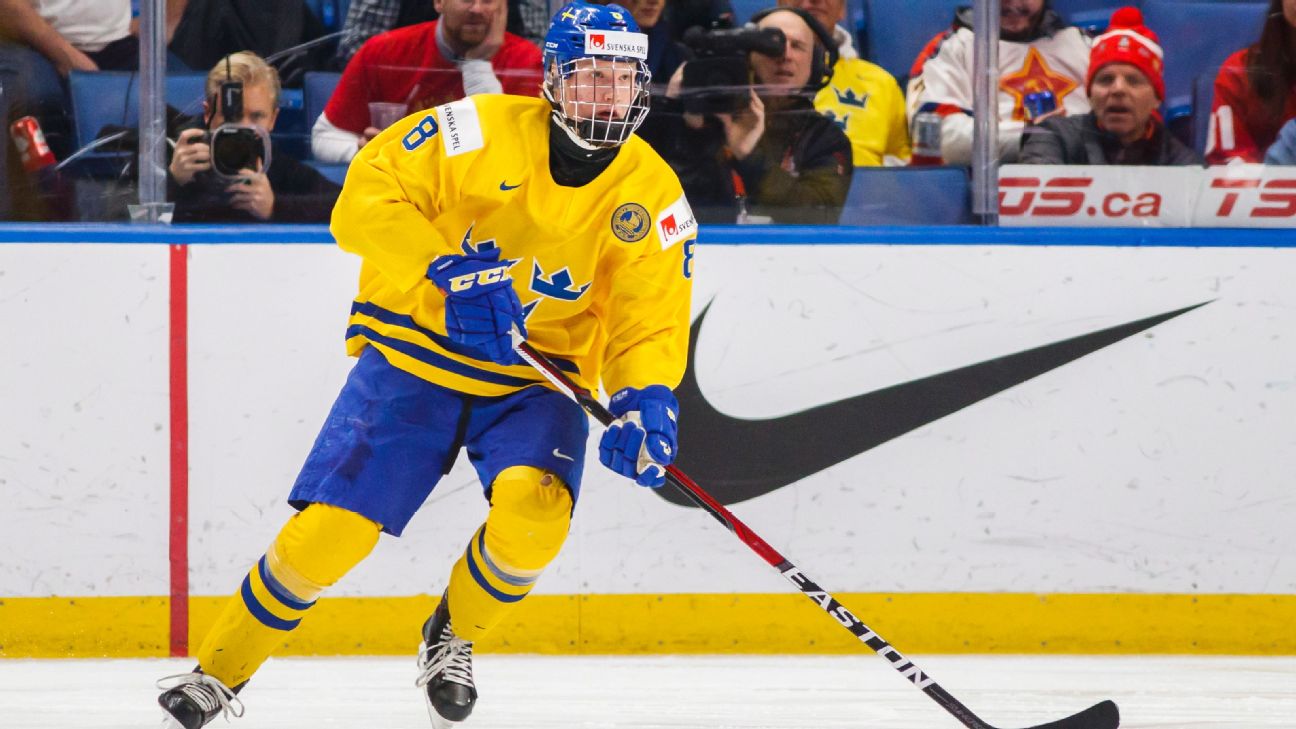 Five members of Sweden's national junior hockey team and their coach have been disciplined by the International Ice Hockey Federation for removing their silver medals during the closing ceremony of January's tournament.

The IIHF issued multiple-game suspensions against the players, including defenseman Rasmus Dahlin, who is projected to be the No. 1 pick in the NHL draft in June. Dahlin is suspended from playing the first two games of the Under-18 world championship next year, though the ban does not apply to any other league.

The Buffalo Sabres won the NHL draft lottery and have the top pick.

Captain Lias Andersson, selected seventh overall in the 2017 NHL draft by the New York Rangers, was issued a four-game ban from next year's world juniors. Andersson threw his silver medal to a fan in the stands following a 3-1 loss to Canada in the championship game during the tournament held in Buffalo, New York. Andersson said he did it out of frustration and noted he had another silver medal just like it at home.

The actions violated an IIHF rule requiring players and team officials to wear medals around their necks during the closing ceremony and postgame media availability.

Head coach Tomas Monten was issued a three-game ban from next year's world juniors for putting the silver medal into his pocket during the ceremony.

"Taking off the silver medals presented to the members of the team shows not only the disrespect against the spectators and the organizers of the championship, but also the disrespect against their opponents and winners of the championship," the IIHF said in a statement. "This behavior has to be considered as highly unsportsmanlike and is a breach of conduct that brings the sport of ice hockey into disrepute.

"It is not compatible with the idea of sport as a fair competition between the teams involved in order to determine the best team of the tournament. The actions in question cannot be excused by disappointment or even frustration not to have won the championship. Losing a game is part of any competition and of the sport of ice hockey, and does not excuse any unfair and unsportsmanlike behavior; to be 'frustrated' by the loss of a game is not the right attitude."