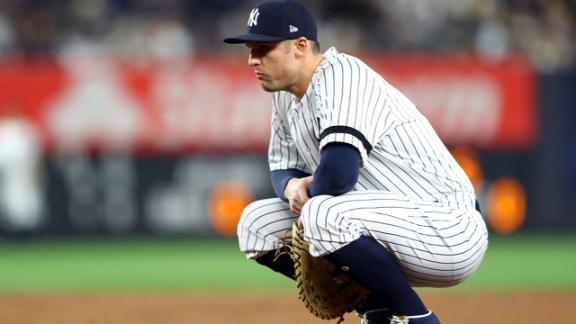 Bird underwent the tests after feeling discomfort in the foot Saturday morning.

Early tests and comments from Bird to team personnel indicated that the soreness he felt is related to an ankle injury that required surgery and sidelined him for most of last season.

Prior to the results of Saturday's tests, Yankees general manager Brian Cashman said he was worried about Bird.

"I'm not sure what we're dealing with," Cashman said. "But when Greg, when he can't tee it up, that's a problem for us because he's a vital member of our organization."

While also concerned, manager Aaron Boone expressed optimism that the test results would show the team won't have to be without Bird for any significant amount of time.

"We'll wait and see what the pictures say, and hopefully we can paint a clearer picture of what's going on," Boone said before the test results were known.

Bird had been scheduled to bat third in the Yankees' afternoon split-squad game against the Atlanta Braves in Lake Buena Vista, Florida, but he was scratched after taking batting practice. He promptly returned to the Yankees' complex here, where he began a series of physical tests conducted by Dr. Daniel Murphy.

Cashman said Bird told him and the medical staff that he began feeling the discomfort late in Friday's game against the Boston Red Sox.

"[Friday] might have been -- I don't want to put words in his mouth -- but he said that as he ramped up baseball activity to nine innings it started to rear its ugly head," Cashman said. "He felt it [Friday] by the end of the game, and I guess it carried over into [Saturday's] pregame. But he didn't say anything to us about it because he kind of figured it was something that he felt at that point was something that would go away, I guess."

It was in another late spring training game last year that Bird fouled a ball off his right ankle. Although he played through the injury the first month of the season, he ultimately went on the disabled list and required surgery to remove a bone from the ankle.

According to Cashman, when Bird pointed Saturday to where he felt pain, he pointed to a part of his foot that was in a "similar area" to last year's injury.

Bird was productive when he returned from the surgery in September. In 29 games, he hit eight home runs, four doubles and 25 RBIs. He had another three homers in 13 playoff games.

That display of his power, combined with a similar flash of it when he arrived in the majors with the Yankees in 2015 (11 home runs, 31 RBIs, .871 OPS in 46 games), has had the front office and coaching staff anticipating 2018 to be a big year for the first baseman.

Part of that optimism stemmed from the fact that Bird's left-handed bat has been expected to break up the right-handed-hitting trio of Aaron Judge, Giancarlo Stanton and Gary Sanchez in the heart of the Yankees' lineup. Boone has said that in a perfect world, he would like to keep Bird in the No. 3 spot between Judge and Sanchez.

As encouraged as the Yankees might have been for Bird's season, it was still hard to ignore the type of spring training he had been having at the plate. Through 18 games, he scuttled to a .154 (8-for-52) batting average. He also had racked up 16 strikeouts and had just one home run and four RBIs.

Injuries have marred Bird's time in a Yankees uniform. In addition to last year's ankle problems, Bird missed all of the 2016 season as he recovered from shoulder surgery.

"You always feel bad when somebody's worked hard to put themselves into a position, and you understand what we think of him as a player and what we believe his ceiling is," Boone said. "So the biggest thing for him to go out and prove, that will be his health. And we think that's the only thing in his way right now to becoming a premium player." 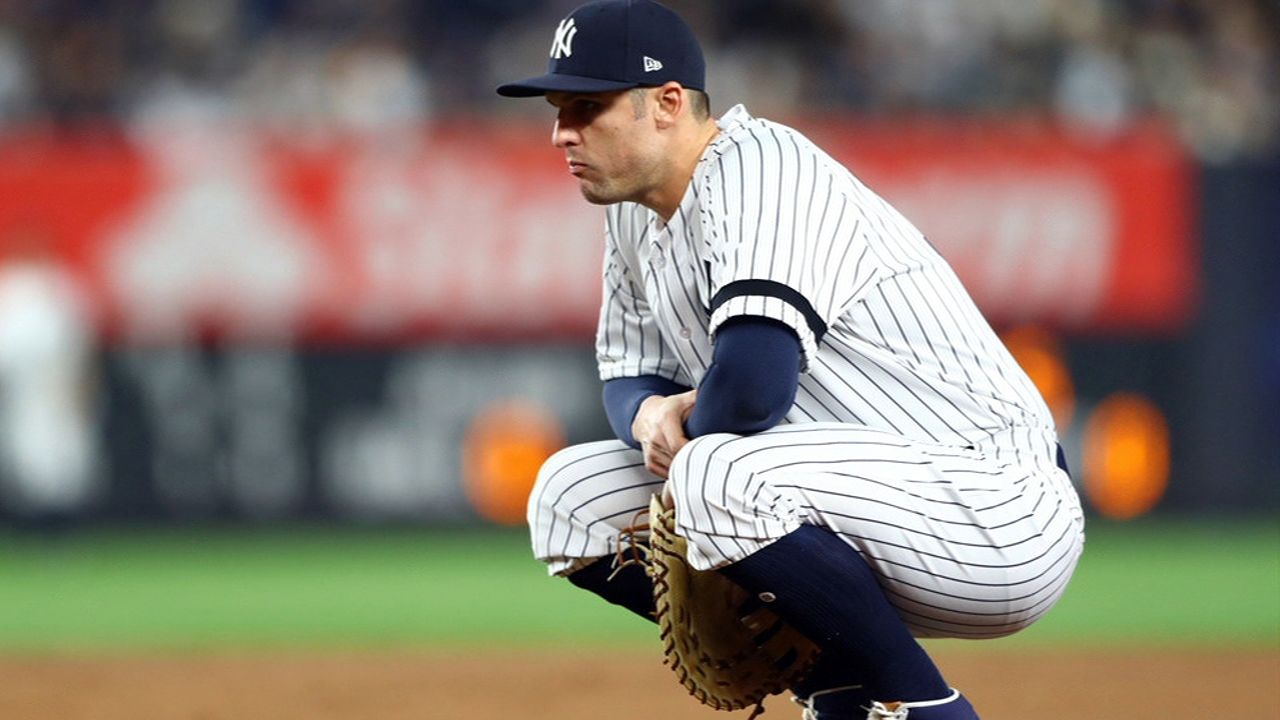