Injured Cespedes may be ready for Mets-Yankees series 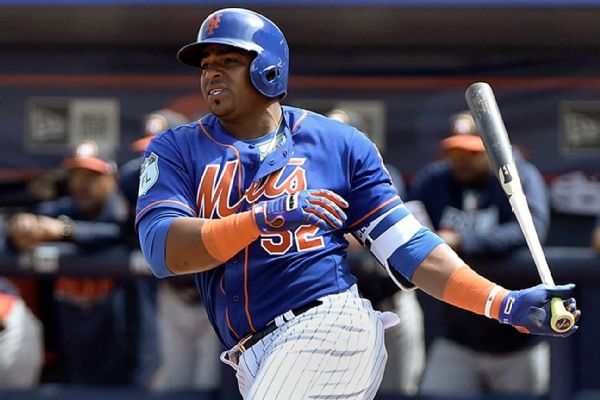 NEW YORK -- A slumping New York Mets offense could possibly receive some help from Yoenis Cespedes this weekend, just in time for the Subway Series against the New York Yankees.

Cespedes has been out since May 16 with a strained right hip. He participated in some drills Wednesday before the series finale against the Baltimore Orioles.

"I think that our performance staff and everybody would have to see him going 100 percent on the bases and out there in the outfield," Callaway said. "We know he can he can get through an at-bat OK. But we need to see him pushing off 100 percent to make sure that he is really ready to go."

Cespedes injured his hip on May 6 and played five games with discomfort. At the time of the injury, the Mets were 19-18. They've gone 8-14 in his absence, losing six straight and 12 of 16 games, including Wednesday's 1-0 loss to the Orioles.

Cespedes went through a simulated game Tuesday, taking six at-bats against injured starter Noah Syndergaard. Callaway said Syndergaard could return this Sunday depending on how he feels in the next few days.

The Mets, who've been limited to two runs in their last four games, would welcome back Cespedes for the three-game set at Citi Field against their crosstown rivals from the Bronx.