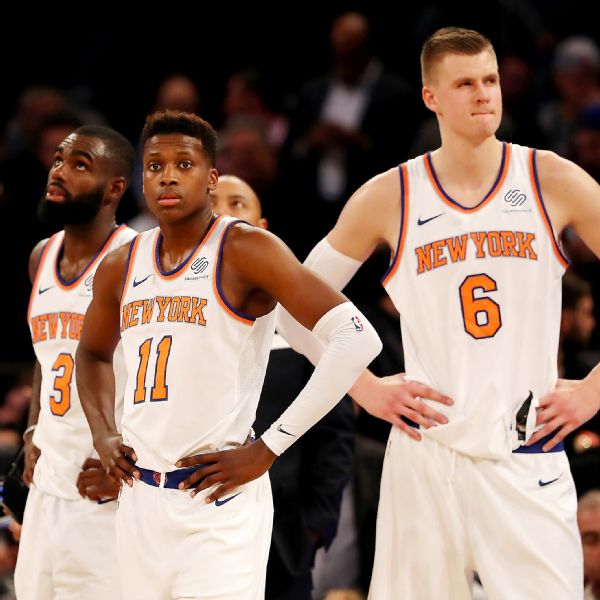 NEW YORK -- Knicks star Kristaps Porzingis missed Sunday's 105-100 loss to the Orlando Magic due to an ankle sprain and illness, according to the team.

Porzingis tested his ankle before tipoff Sunday but was ruled out about an hour before the start of the game.

The Knicks were without two starters against Orlando as shooting guard Tim Hardaway Jr.was ruled out shortly before tipoff due to a stress injury to his lower left leg.

Porzingis and Hardaway will not travel for Monday's game against the Indiana Pacers, according to the team.

Rookie Frank Ntilikina scored nine points in 16 minutes off the bench against the Magic. His status had been questionable due to a left ankle ailment that kept him out of Wednesday's win over the Miami Heat.

Porzingis was hurt Wednesday when he and Justise Winslow were pursuing a loose ball on the baseline and Winslow stepped on Porzingis' right foot. Porzingis' foot turned during the first-quarter sequence, and he appeared to roll his ankle. He stayed on the floor for several minutes before walking to the locker room while being supported by a teammate and a team staffer.