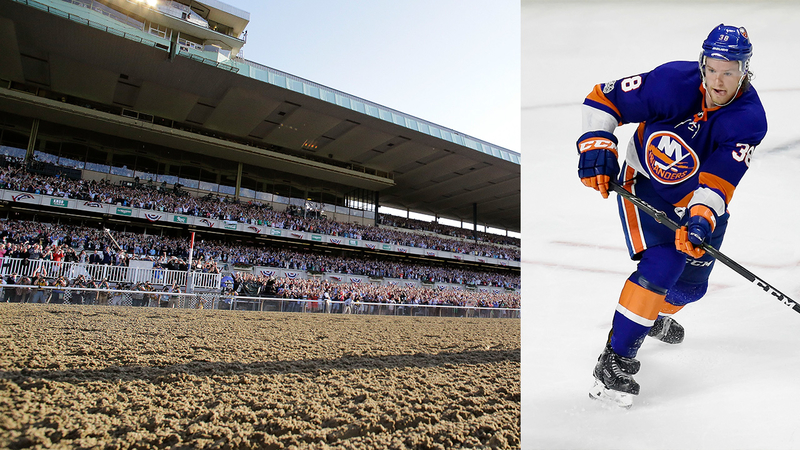 Islanders poised for move back to LI after winning Belmont bid

Sources confirm the team has won the right to build a new arena at Belmont Park. The official announcement by Gov. Andrew Cuomo is scheduled for Wednesday morning at the site.

The team's bid was selected over a competing one from the New York City Football Club, which was hoping to build its own stadium there.

The Islanders outlined their development plans at a public meeting in Elmont earlier this month. They include an 18,000 seat arena, 435,000 square feet of retail space, a 250 room hotel, a year-round LIRR station and a to-be-determined innovation center.

The move follows a contentious run at Barclays Center in Brooklyn after a move from the Nassau Coliseum.

In a statement, Brooklyn Borough President Eric Adams said: "There's only one Brooklyn team for Barclays Center and that's the Brooklyn Nets. We wish the Islanders well on their journey to Belmont and they should consider Nassau Coliseum in the interim period."

Belmont Park racetrack, which opened in 1905, runs thoroughbred meets from April through July and then in September through October.
The Islanders relocated from the Coliseum to Barclays Center in Brooklyn in 2015. The move was met with immediate resistance from Islanders fans, as the arena wasn't built for hockey -- hundreds of seats had obstructed views of the ice, and the scoreboard above the rink was off-center.

Capacity for hockey in Brooklyn is 15,795, the second-smallest in the NHL.

Both Barclays Center and the Islanders have opt-out clauses in their contract, although speculation is that the Islanders would play there until a new building is ready.

Islanders co-owner Jon Ledecky has said that there was no "Plan B" if the Belmont bid failed, putting the future of the franchise in doubt. Currently, Seattle, Houston and Quebec City are all seeking NHL teams for relocation.

The winning Belmont bid gives the Islanders a new home and some much-needed clarity about their future -- a necessity in their contract negotiations with superstar John Tavares, who will be a free agent next summer.