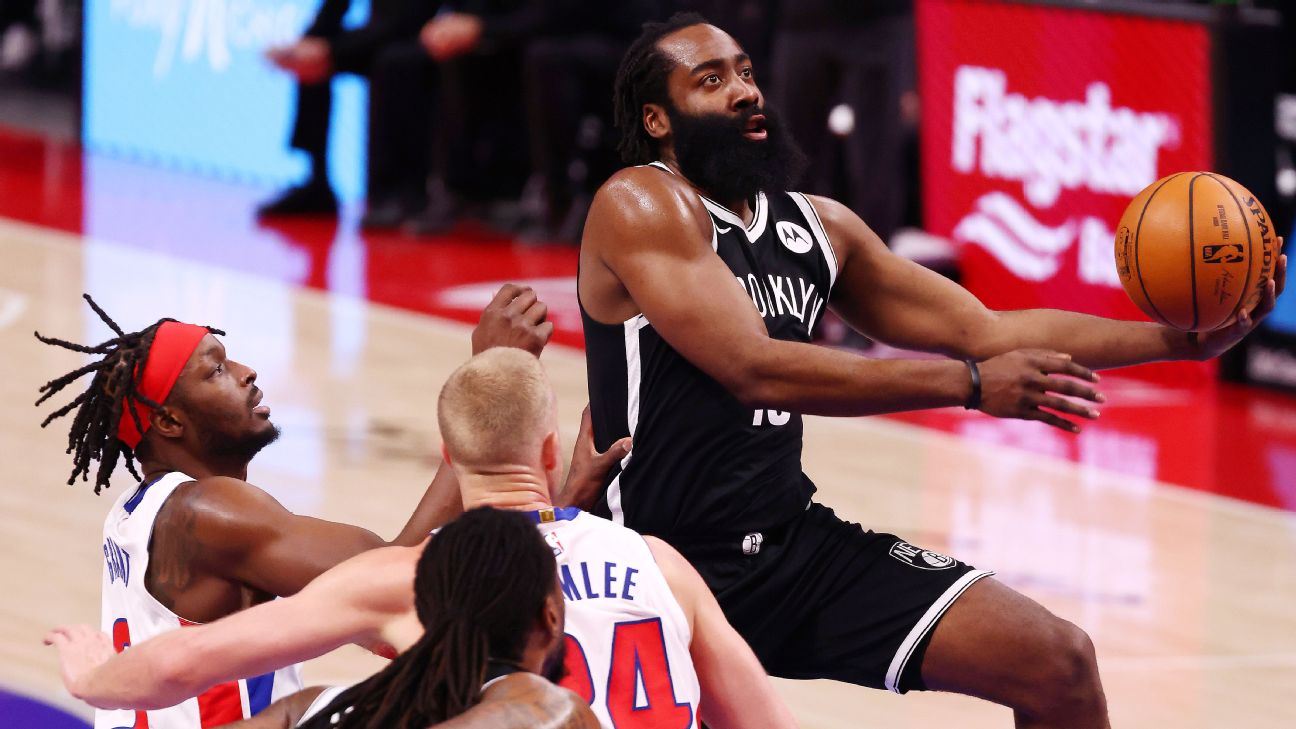 After dropping 44 points in a win over the Pistons on Friday night in Detroit, James Harden said that he doesn't simply believe he belongs in the Most Valuable Player award conversation -- he should sit atop the list.

"Do I feel like I belong in it? I feel like I am the MVP," the Brooklyn Netsstar said. "I mean, it's just that simple. I don't want to be speaking individually on myself. I am just going to leave it at that."


When asked to bolster his MVP case, Harden chuckled and added: "Numbers are showing it for itself, and we're winning. That's all I can say."

In the 30 games Harden has played for Brooklyn since it acquired him from the Houston Rockets, he has averaged 25.4 points, 8.7 rebounds and 11.5 assists. The Nets have gone 24-7 when Harden is on the floor.

Harden won MVP in 2018. That year, he led the league in scoring with 30.4 points per game. This season, Harden leads the league in assists with 11.2 per game.

"I just go out there every single night and try to give my teammates everything I can bring to the game," Harden said Friday.

Several players who were considered to be at the top of the MVP race -- including the Lakers'LeBron James, the 76ers'Joel Embiid and Harden's teammateKevin Durant -- have been sidelined with injuries in recent weeks, further broadening the field.


"It's sad," Harden said of the injuries plaguing the league's stars. "It's a massive situation because we have eight, 10, 12 of the best guys that we have in this league that are out with injuries. So, I'm sure the fans -- it's taking some of the excitement away from them, but it's part of our game."

According toCaesars Sportsbook by William Hill, Nikola Jokic of the Denver Nuggets is the current front-runner for MVP at -110. Harden has the fifth-shortest odds at +900.

The MVP award is voted on by members of the NBA media.

Harden was traded to the Nets in January. A player who was traded during the season has never won MVP that same year. 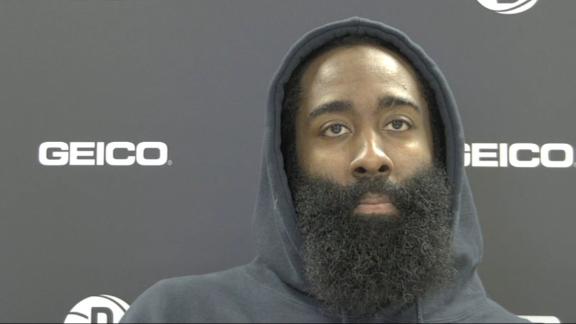 Harden: 'I feel like I am the MVP'
James Harden confidently states that he should be the front-runner for the MVP award this season. 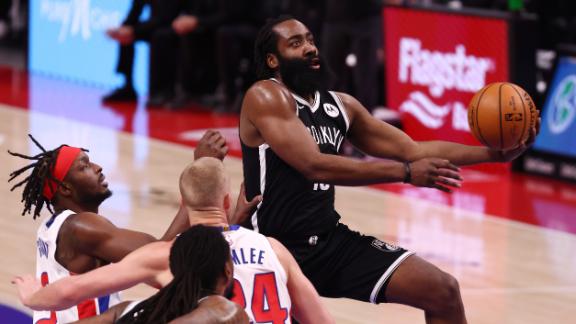