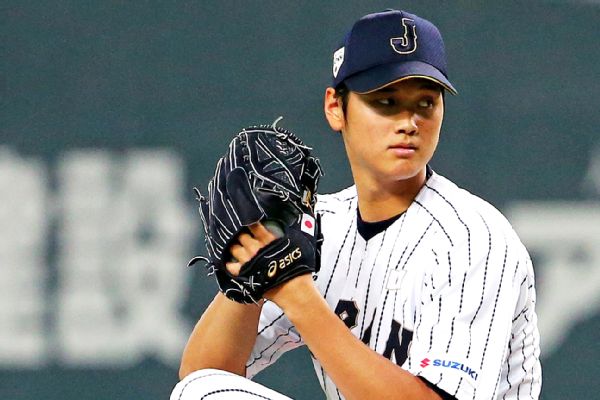 The 22-year-old right-hander, who has also shown potential as a hitter, signed a $2.37 million contract for next season with the Nippon Ham Fighters on Monday.

Otani will not become eligible for free agency until after the 2021 season. He will need the Fighters' approval to negotiate with a major league club through the posting system before that time.

"We discussed the possibility of me going," he said. "... The club will respect my wishes whenever I decide I want to go."

Otani went 10-4 as a pitcher and batted .322 with a career-high 22 home runs this season for the Fighters, earning Pacific League MVP honors.

"First I will give 100 percent for the Fighters next year to be Japan's best again. I'll put my soul into it," he said, according to the Japan Times.

Otani became the first player in Nippon Professional Baseball history to secure a spot on the Pacific League's Best Nine team as a pitcher and designated hitter and is credited with throwing the fastest pitch in NPB history at 165 kph (102 mph).