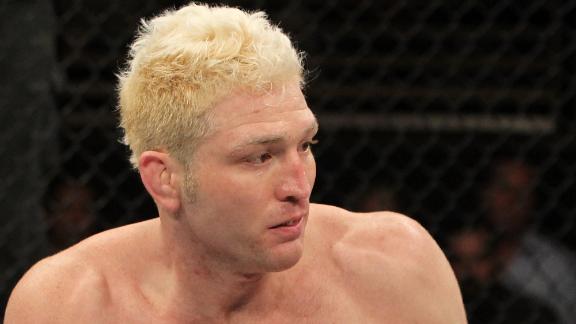 Miller, 33, barricaded himself inside his residence at 26262 Ave. Calidad in Mission Viejo, California, at approximately 12:50 p.m. ET, after department officers attempted to serve him an arrest warrant on previous felony charges of domestic violence, criminal contempt and stalking. According to Lt. M. Kiernan, Miller was first approached outside his residence, at which point he "retreated inside the location."

Miller live-tweeted the standoff from his personal account, which has 222,000 followers. At one point during the standoff, he wrote, "just (sic) don't let them shoot me."

At 5:13 p.m. ET, the OCSD reported via Twitter that Miller had surrendered in the back of the residence, following a "remote front door breach," by lying on the ground with his hands exposed.

OCSD said Miller was also charged with obstructing/delaying a peace officer as a result of Thursday's incident, during which SWAT and Crisis Negotiations Team members responded.

"After several unsuccessful attempts to establish verbal communication with Miller, SWAT and Hazardous Device Squad (HDS) investigators conducted a remote breach of the front door as a means of compromising the door locks," the OCSD reported via Twitter.

No injuries were reported. Spokespersons with the OCSD had stated previously in the day there were no known hostages involved.

From the time the incident began until his surrender, Miller's account had 38 posts including retweets and replies.

Miller was booked on a domestic violence charge on Aug. 22, 2013. One year before, he was arrested on misdemeanor vandalism charges after police found him naked in a church in Orange County.

Miller (23-9) hasn't fought since a loss to C.B. Dollaway at UFC 146 in May 2012. A professional fighter since 2001, Miller competed in various promotions throughout his career, including the UFC, DREAM and Strikeforce.

He hosted MTV's "Bully Beatdown" beginning in 2009 and had a role in the Hollywood film "Here Comes the Boom" in 2012.