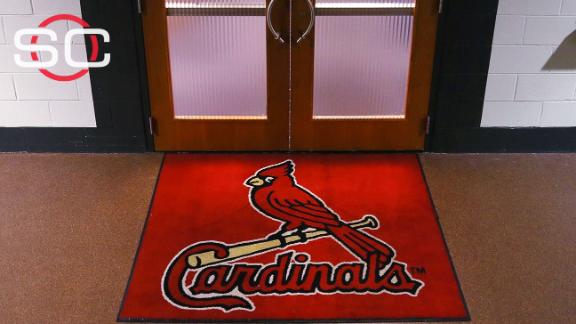 Jeff Luhnow, amid an FBI hacking investigation,has denied that he continued to use the same passwords after he left the St. Louis Cardinals to become the general manager of the Houston Astros after the 2011 season.

"That's absolutely false," Luhnow told SI.com on Wednesday. "I absolutely know about password hygiene and best practices. I'm certainly aware of how important passwords are, as well as of the importance of keeping them updated. A lot of my job in baseball, as it was in high-tech, is to make sure that intellectual property is protected. I take that seriously and hold myself and those who work for me to a very high standard."

In June 2014, the Astros claimed to have been victims of hackers who accessed their servers and published months of internal trade talks on the Internet. It was then that the team began working with the FBI and Major League Baseball security in an effort to identify who was responsible for the breach.

On Tuesday, The New York Times reported that the FBI and Justice Department officials have evidence that Cardinals officials -- who were not identified -- allegedly tapped into the Astros' database and had access to statistics, scouting reports and internal discussions about players, trades and other proprietary information.

The FBI believes the Cardinals officials gained access to the Astros' database by using passwords associated with Luhnow during his tenure with the Cardinals.

Luhnow told SI.com that he denied taking any proprietary information with him when he joined the Astros organization.

"I'm very aware of intellectual property and the agreements I signed," Luhnow told SI.com. "I didn't take anything, any proprietary information. Nor have we ever received any inquiries from anybody that even suggested that we had."

Yahoo! Sports reported that one source familiar with the investigation said the FBI connected the breach to a house in Jupiter, Florida, the city in which the Cardinals conduct spring training. The house was used by a number of Cardinals employees, according to the report, so pinpointing the culprit of the breach is complicated.

"At the time when it happened a year ago, it was like coming home and seeing your house has been broken into," Luhnow told SI.com. "You feel violated when someone does that without permission. As far as whether it affected our ability to execute our plan? It's difficult to assess the effect, but we have continued to execute our plan and we are making progress.

"I had to call the other 29 GMs and apologize that private notes our organization had made had been made public. Those were not fun calls to make. But I've made several trades since then, and I've had no problems getting anybody on the phone."

Both Luhnow and Cardinals officialshave said that the internal investigation is ongoing and that they wouldn't interfere with the government's work.

In a statement released Wednesday, Cardinals chairman and CEO Bill DeWitt Jr. said the team was made aware of the allegations several months ago and, together with general manager John Mozeliak, hired the law firm of Dowd Bennett to assist the FBI in its investigation and conduct an "an internal inquiry to attempt to identify any employee that may have engaged in the alleged conduct."

Dowd Bennett attorney Jim Martin, citing the internal review, said Wednesday that high-level executives of the Cardinals were not involved in the hacking of the Astros' database.

Stunning accusations against Cardinals
Tim Kurkjian reacts to the report that the FBI is investigating the St. Louis Cardinals for allegedly hacking into networks and trying to steal information about the Houston Astros, and he discusses potential discipline from Major League Baseball.