Jerry Jones: 'Several cards to be played' before call on Tony Romo 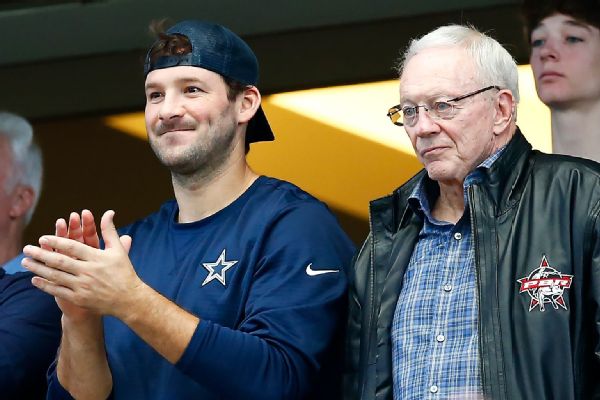 FRISCO, Texas -- Tony Romo's future will depend on whether he wants to play in 2017, but if it is with the Dallas Cowboys or another team, that decision will fall on owner and general manager Jerry Jones.

"There's several cards to be played," Jones said Tuesday on 105.3 The Fan in Dallas. "Don't think for one minute if you see something written or something said about what and where Romo is going to be relative to our team that there's any credibility to it. There's only one that can make that decision, and there's been no decision made."

After Sunday's playoff loss to the Green Bay Packers, Jones would not put a time frame on when the club would decide about Romo. There are no contractual factors, such as a roster bonus, that could hasten a move. Romo is set to make $14 million in 2017 and count $24.7 million against the cap.

Jones reiterated his belief that Romo, 36, will play in a Super Bowl if he can remain healthy.

"Now try that one on and see the consequences for us," Jones said.

Because of collarbone and back injuries, Romo hasn't played much over the past two seasons, appearing in five regular-season games. But Jones remains convinced that Romo is an upper-echelon quarterback.

"What you saw that veteran quarterback do in [Aaron] Rodgers out there, Romo is capable of doing," Jones said. "Those are his kinds of plays. And so we've got a lot to think about here, but that's in the future."

Jones acknowledged that how Romo handled the transfer of power, so to speak, to rookieDak Prescott played a key role in the Cowboys' success.

"There's no question he let our coaches, he let his coordinator, he let his head coach, let me completely off the hook by the way he handled the situation," Jones said. "He did everything in his power to help this team go to the Super Bowl. And you couldn't have asked for more from him. And, yes, he stood ready to step in there and potentially have the kind of game that you saw the other quarterback, Rodgers, play out there Sunday.

"But everybody clearly understands why it didn't work out that way because of probably the best season that a rookie has ever had at the quarterback position. That's got us excited. It's got us excited about our future, I'm talking about the way that Dak played. It should have us excited, and so all of that is there.

"But make no mistake about it ... Tony Romo really did yeoman's work in helping this team [try to] get to the Super Bowl. He did his part. And he was ready and he was very capable of going out there and making the kinds of plays that would get it done." 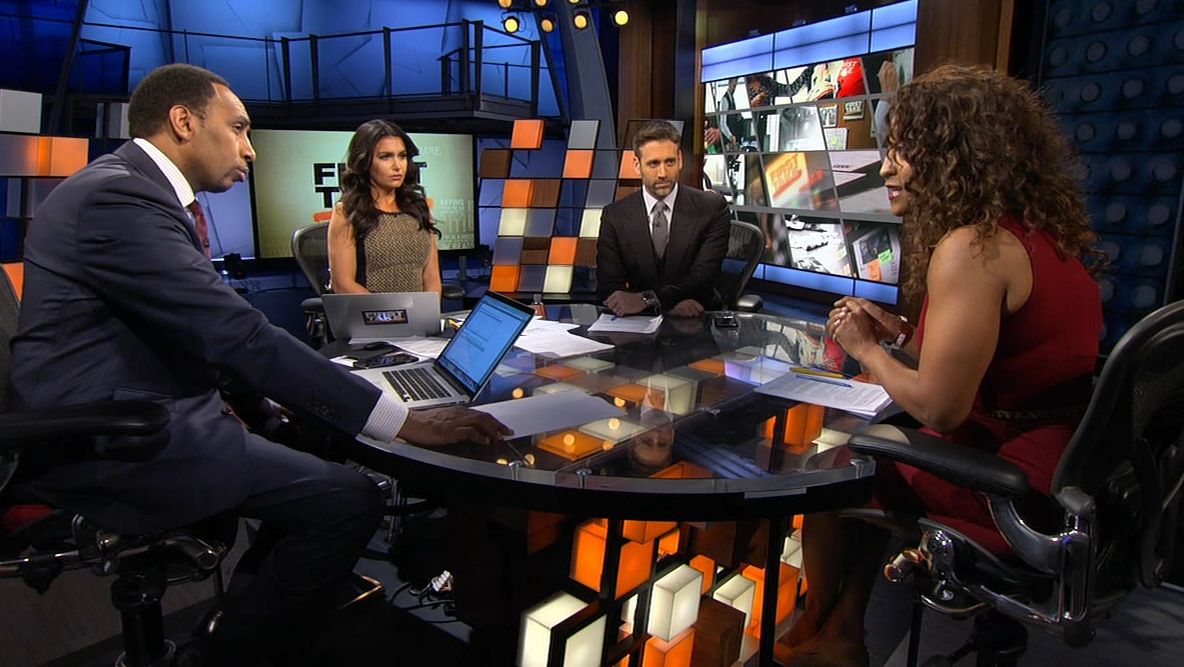