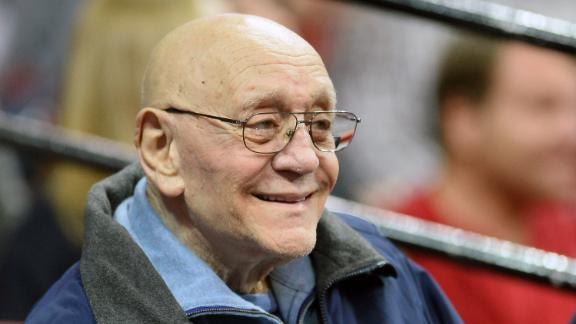 LAS VEGAS -- Former UNLV coach Jerry Tarkanian has been admitted to a Las Vegas hospital after relatives say he was feeling weak and having trouble breathing.

Danny Tarkanian says his 83-year-old father also was struggling to keep his eyes open when he was taken to Valley Hospital on Wednesday night.

The elder Tarkanian remained sedated at the hospital Thursday morning while doctors tried to determine what was behind his ailments.

Tarkanian was inducted into the Naismith Memorial Hall of Fame last year. He took three schools to the NCAA tournament but is best known for his teams at UNLV that made four Final Four appearances and won it all in 1990.