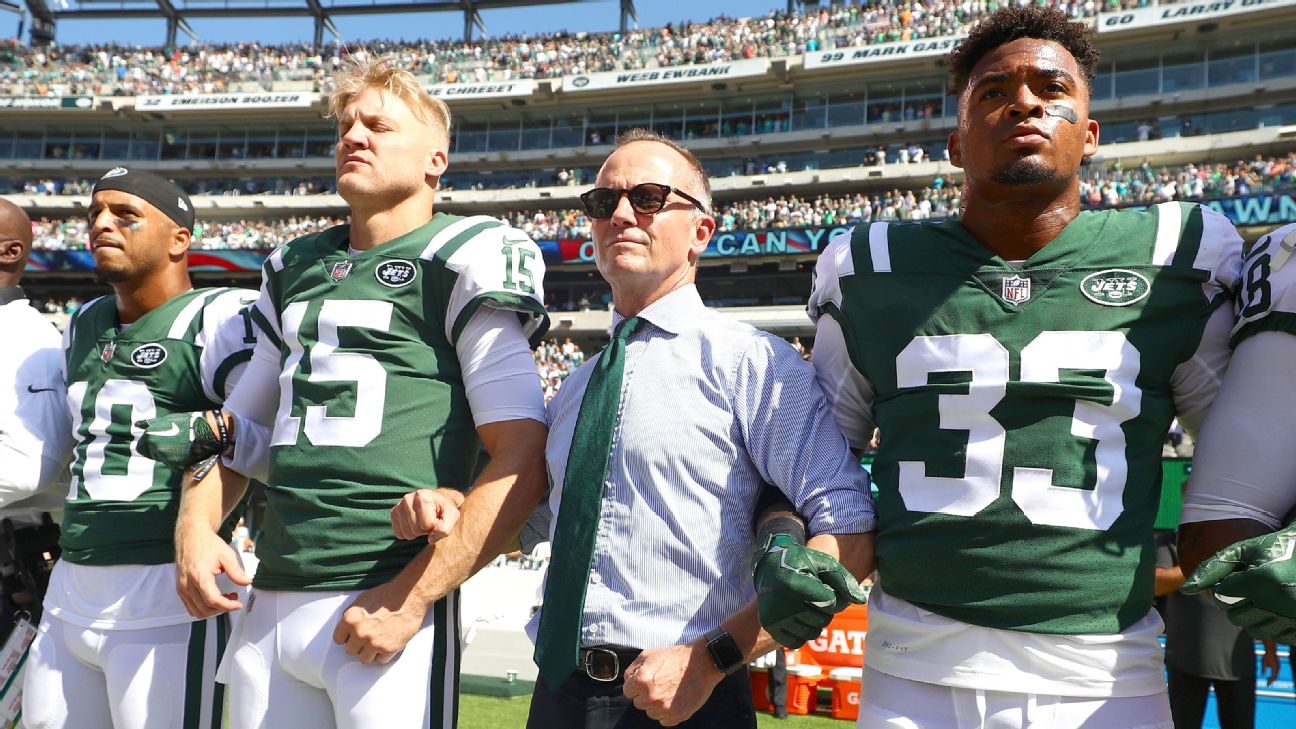 Despite a unanimously approved league policy that requires players to stand if they're on the field during the national anthem, New York Jets CEO Christopher Johnson said Wednesday he won't discourage players from kneeling even if it results in the club being fined by the NFL.

"As I have in the past, I will support our players wherever we land as a team," Johnson said in a statement, adding that he intends to meet with coach Todd Bowles and the players to discuss the league's decision. "Our focus is not on imposing any club rules, fines or restrictions."

According to the revised policy, the league has the power to fine a team if club personnel don't stand during the anthem. The players have the option of remaining in the locker room. Johnson, attending the owners' meetings in Atlanta, told Newsday, "If the team gets fined, that's just something I'll have to bear."

Johnson's comments could be perceived as a fissure in the owners' solidarity. Since assuming control of the team last summer, when owner and older brother Woody Johnson became President Donald Trump's ambassador to the United Kingdom, Johnson has been outspoken in his support of the players.

He made headlines at the owners' meetings in March, telling reporters that "trying to forcibly get the players to shut up is a fantastically bad idea."

The Jets didn't have any players who opted to kneel last season. In every game, they stood side-by-side, arms locked, during the anthem. Johnson joined them on the sideline, standing with the players and coaches.

Johnson said "we will continue to work closely with our players to constructively advance social justice issues that are important to us. I remain extremely proud of how we demonstrated unity last season as well as our players' commitment to strengthening our communities."

Johnson told Newsday he "seriously struggled" with the league's new anthem policy, adding, "You know my position on the anthem, and you have to understand that the plan we ended up with, due to some serious work in the [meeting] room, was vastly less onerous than the one that was presented to me late last week. In the end, I felt I had to support it from a membership standpoint."

He said the new policy will "be tough on the players" even if they're not fined. Johnson doesn't believe it will impede the progress made by the players' coalition with regard to social-justice issues and legislation.