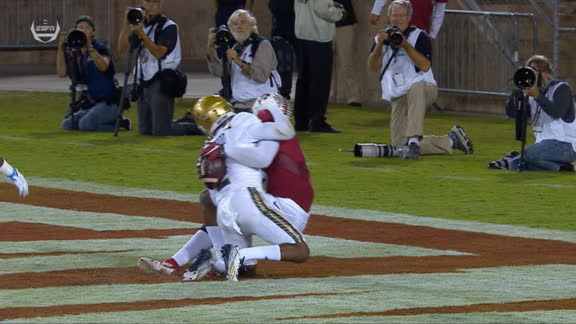 While his little brother made arguably the highlight catch of the year for Stanford on Thursday night, Chris was resting for a rehab training session in the morning.

"I was asleep," said Chris, aNew York Jetswide receiver attempting to come back from a knee injury. "Those late games, I don't know how East Coast people do it. I had to get some rest and get back to training early. I was asleep, unfortunately."

Chris Owusu, who also played receiver for Stanford, finally saw the catch around 4:40 a.m. when he awoke parched and went to get a drink of water. He saw several text messages on his phone and watched video of Francis' 41-yard touchdown catch during Stanford's 56-35 win over UCLA.

The junior Stanford receiver somehow got both his hands on a deep pass that fell short in the end zone, pinning it to the back of a face-guarding Jaleel Wadoodby wrappinghis arms around the UCLA defender, all without being able to see the ball.

Like the rest of America, Chris Owusu had to watch the replay over and over again before believing what he was seeing.

"I had to check it for myself," Chris Owusu said after seeing all the texts on his phone. "It's as unbelievable as everyone said it was. I watched it several times, and it got better and better each time I watched it on the phone."

Later in the morning, Owusu texted his brother congratulations on a great catch.

"I wanted to give him some love early in the morning and let him know how proud I am of him," said Chris Owusu. "Just how amazing the catch was. I didn't want to give him too much [though]."

"I [wanted to let him know I] was proud of the way he was able to track the ball despite at the last second his head being away from the ball," Chris Owusu said. "His concentration, his hand grip to be able to hold onto that ball -- especially with another person in between -- was pretty extraordinary."

The Owusu family is filled with athletes. Francis and Chris' father ran the 400 meters for the Ghanaian Olympic team. Their brother Brian played football at Harvard, and sister Crystal played basketball at Columbia.

For now, Francis owns bragging rights for best play in the family, even if his older brother snoozed right through it.

"He was happy," Chris said of what Francis replied back via text this morning. "He didn't talk any trash." 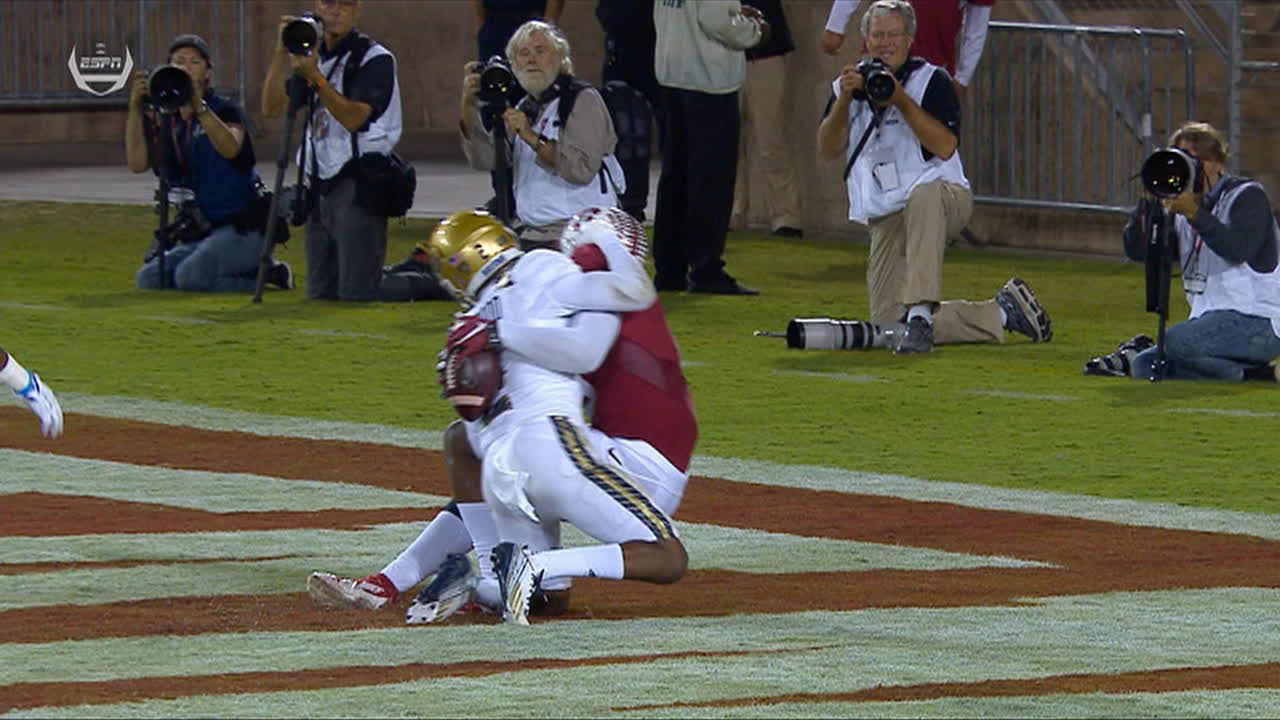 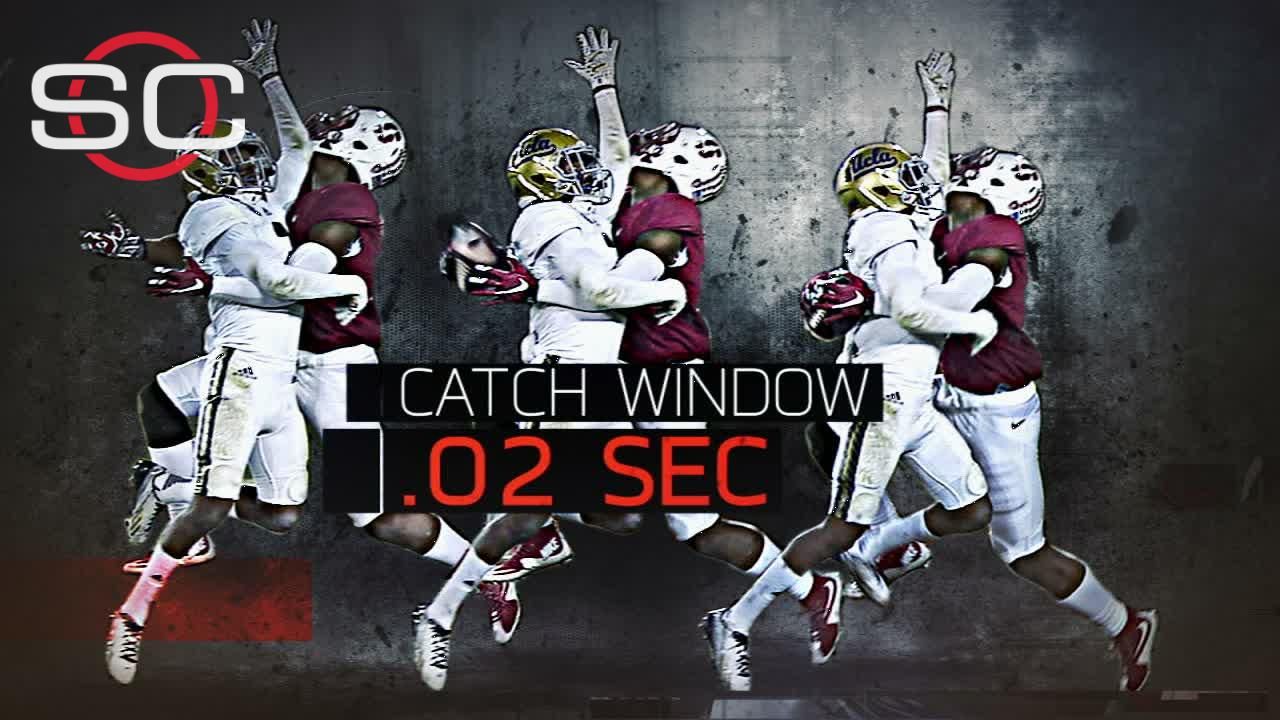