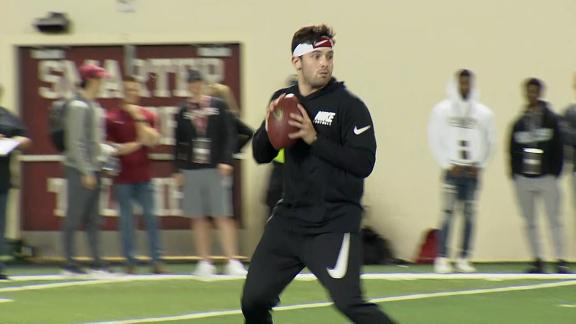 Incumbent Josh McCown will go into training camp as the New York Jets' No. 1 quarterback, coach Todd Bowles confirmed Tuesday. The real drama surrounds the identity of his heir apparent.

Holding the third pick in the draft, the Jets are expected to select a quarterback. One of the options is the polarizing Baker Mayfield, whom Bowles praised at the NFL meetings in Orlando, Florida.

"You see the player, and you see the play," Bowles told reporters. "You know the guy can play football, and he's a competitor." The Jets' top decision makers gave the Heisman Trophy winner a private workout last Saturday in Oklahoma, two days after working out UCLA's Josh Rosen. They're headed to Wyoming next week for a private session with Josh Allen.

All four top quarterbacks, including USC's Sam Darnold, are expected to make a pre-draft visit to the Jets' facility.

The Jets, who obtained the third pick in a blockbuster trade with the Indianapolis Colts on St. Patrick's Day, are on the verge of a franchise-altering decision. Bowles said he gets suggestions from fans every time he goes out in public.

Bowles is known as a disciplinarian, yet he didn't seem to be bothered by Mayfield's flag-planting, crotch-grabbing antics in college.

"It's college football," he said. "He's an emotional guy. I've seen T.O. [Terrell Owens] do a lot of things. I've seen worse than that. Players get excited when they play."

Bowles laughed when asked if teams sometimes have to help players such as Mayfield mature in the NFL.

"Have you seen our touchdown dances from the league?" he asked. "People bowling people over? Really? It's kind of right up his alley, isn't it?"

Mayfield measured a shade under 6-foot-1 at the scouting combine, but that doesn't seem to concern Bowles. He mentioned Russell Wilson and Fran Tarkenton as undersized quarterbacks who succeeded in the league.

The Jets have six or seven players they're considering with the third pick, according to Bowles, who said they will narrow it down as the draft gets closer.

At quarterback, they also have Teddy Bridgewater, Christian Hackenberg and Bryce Petty. Bridgewater, who recently signed a one-year, $6 million contract, is a question mark because he's attempting to return from a devastating knee injury that robbed him of almost two full seasons.

Hackenberg, a former second-round pick, once was considered a possible heir apparent. Not anymore.

Bowles issued a cool assessment of Hackenberg, who has yet to play in the regular season. Asked where Hackenberg stands in the pecking order, Bowles said, "He's a quarterback on our team. Everybody is subject to competition, earning a job or not earning a job." 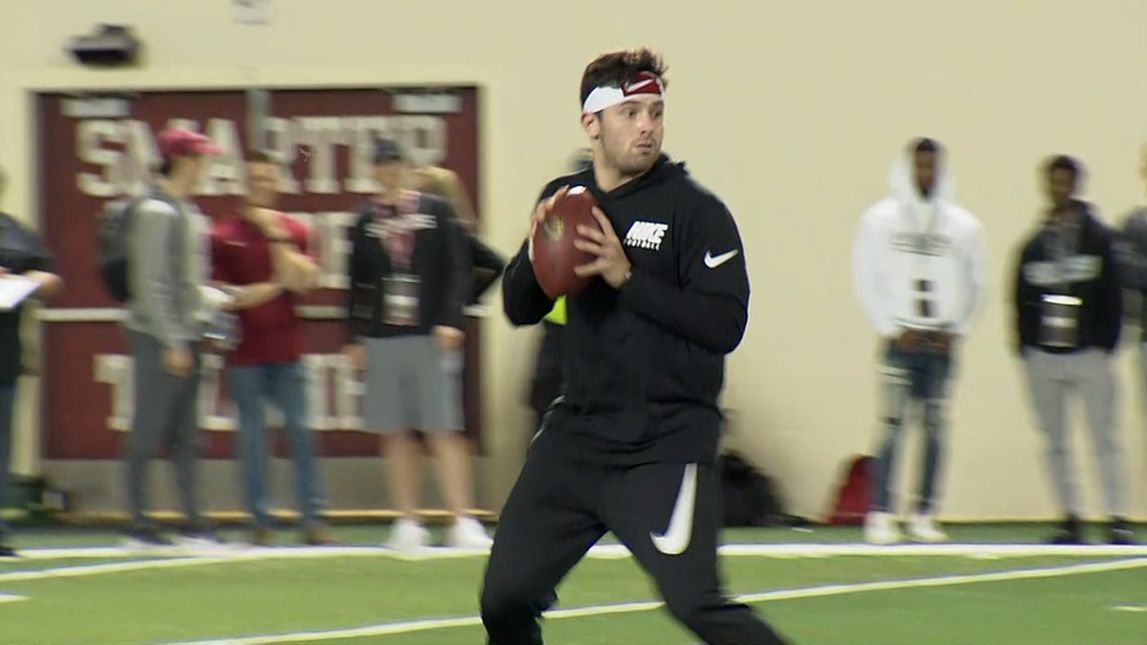