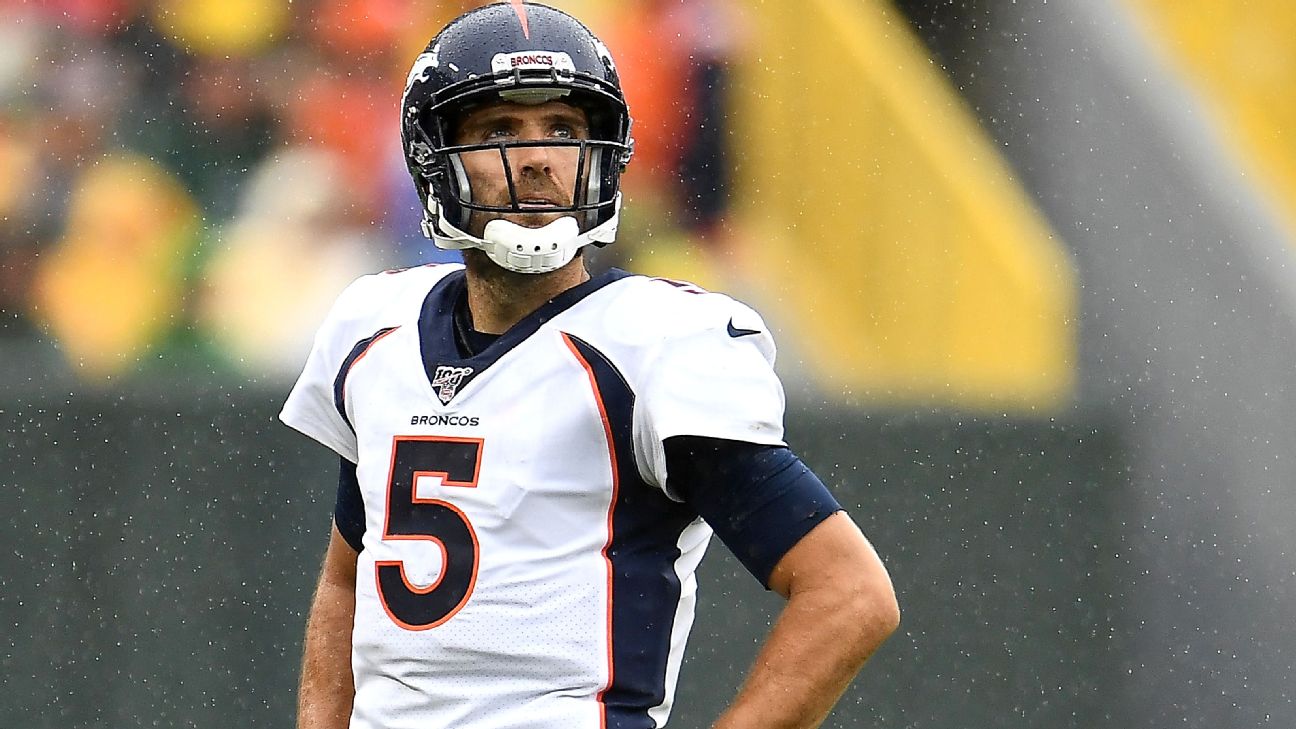 New York Jets quarterback Joe Flacco, who agreed to a one-year, $1.5 million contract Friday, confirmed speculation he won't be ready for the Sept. 13 season opener against the Buffalo Bills because of his recently repaired neck.

"I can't speak to exactly when I'm going to be ready, but it will not be day one," Flacco said Tuesday in an interview with SiriusXM NFL radio. "Obviously, we'll get with the doctors and I have another checkup come August, so we'll see where that goes."


Flacco, 35, who underwent surgery in early April for a herniated disk, could be cleared for contact in early to mid-September, sources said last week. He said he feels "normal right now" -- he's throwing and working out -- but he probably will be limited to light work in training camp.

The Jets were aware of Flacco's timetable when they finalized the deal. They're confident he will be healthy enough to serve as Sam Darnold's backup for much of the season. The football calendar is up in the air because of the coronavirus pandemic.

"First and foremost, I want to help the team in any way possible and also be a guy Sam can lean on, that he can learn from," Flacco said in his first interview since being released by the Denver Broncos after only one season. "I would say those are the two most important things: Help out the guys on the team and help out Sam to do all they can.

The former longtime Baltimore Ravens starter and Super Bowl MVP admitted he wavered on whether to continue playing. He said he was "changing my mind every other day" earlier in the offseason.


"My mind was just all over the place, even a couple of months into the offseason," he said. "I was just kind of going crazy about the whole thing. The fact that I finally got [the surgery] done and put all that behind me, I can move forward now and look forward to football."

Flacco, acknowledging he knows "nothing at this point" about coach Adam Gase's offensive system, is participating in the virtual offseason program. He said he wouldn't hesitate to participate in a minicamp amid coronavirus concerns. 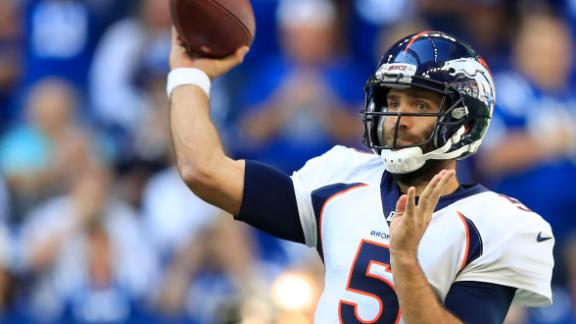 Joe Flacco unsure on when he can return to field
Joe Flacco says he will not be available for Week 1 with the Jets and that he is unsure of when exactly he can fully return.
Report a correction or typo
Related topics:
sportsespnnewsjoe flacconflnew york jets
Copyright © 2020 ESPN Internet Ventures. All rights reserved.
More Videos
From CNN Newsource affiliates
TOP STORIES