Jets players say CEO Christopher Johnson, who will pay any anthem fine this season, 'gets it' 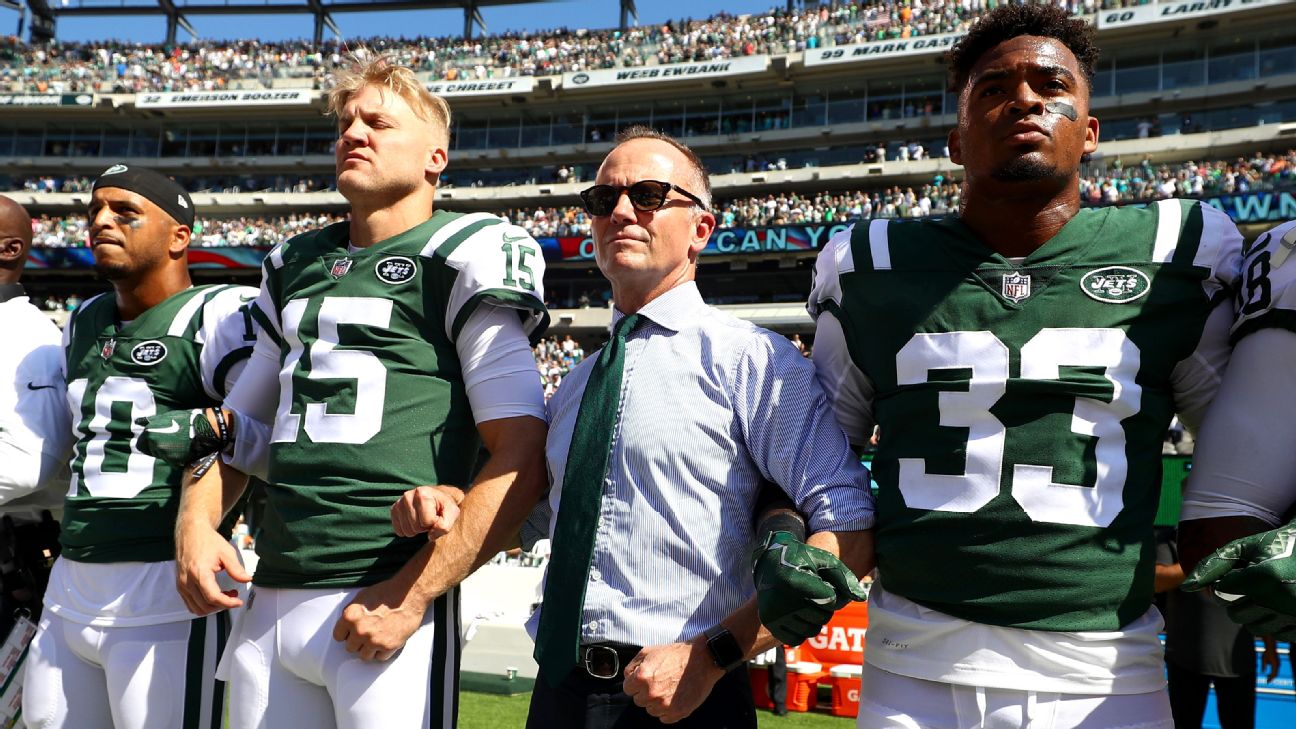 Johnson's position resonated with team leaders, who said Tuesday they appreciate the backing.

"We've been actively in conversations with Christopher on how we can go about it and other ways to make change," wide receiver Jermaine Kearse said after the team's fourth OTA practice. "I'm very appreciative of him. I think he kind of gets it, the fact that he has taken ownership, to support us and be actively involved."

While Kearse and left tackle Kelvin Beachum expressed frustration with the new policy, they lauded Johnson for maintaining an interest in the players' causes -- for example, social injustice.

During the team meeting, conducted last Thursday, Johnson told the players "where he stood," according to Beachum.

Johnson may have felt clarification was needed. In fact, he voted for the policy, which passed unanimously, yet he released a statement immediately afterward saying there would be no repercussions for players who opt to kneel during the anthem.

Under the new policy, a team will be fined by the league if a player doesn't show proper respect. Johnson indicated he'd have no problem paying the fine. The team also has the right to discipline individual players.

Players didn't seem to mind that Johnson voted for the policy.

"At the end of the day, all we believe is what he tells us," said Beachum, a member of the NFL's 10-man player-advocacy group known as the Players Coalition.

Quarterback Josh McCown, also a member of the coalition, wasn't made available by the Jets to comment.

Johnson struggled with his decision to vote for the policy, but he warmed to it as the discussion evolved among owners, a source said. It finally got to the point where he felt comfortable that it included enough flexibility for individual teams to act as they see fit, the source said.

Players credited Johnson with galvanizing the team last season when the anthem issue exploded into a major controversy. Under his direction, the Jets had no protesters who kneeled. The players and coaches linked arms on the sideline, with Johnson standing among them for each game.

Johnson is in an unusual position because his older brother, team owner Woody Johnson, is a Donald Trump-appointed ambassador to the United Kingdom. Christopher assumed control of the team last June.

"It's always nice to have the owner have your back," he said. "It's about the issues for us. We didn't have a problem a year ago. We'll continue to talk as a group, as a team and as an organization and go forward from there. We try to focus on the issues and do things behind the scenes that make a difference, as opposed to sitting out here and going tit for tat with a lot of this going on."

Kearse said the NFL's new policy is "disappointing. Me, personally, I think they're kind of missing the point. For us, as a team, nobody on our team kneeled, yet that doesn't mean we don't support the causes of why people are kneeling."