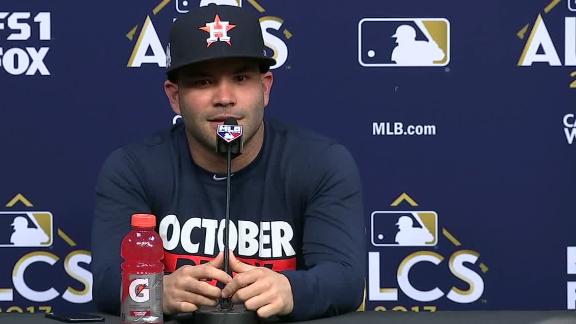 HOUSTON -- If it was up to Jose Altuve, Aaron Judge would be crowned MVP of the American League.

With the two leading MVP candidates converging Friday for Game 1 of the American League Championship Series, the Houston Astros' All-Star second baseman didn't hesitate when he was asked how he would vote if he had a ballot.

"Probably him, Judge. Yeah," Altuve said before leading the Astros to a 2-1 win over the Yankees. "Because he hit a lot of homers, a lot of RBIs, he got on base a lot, and I like the way he plays. If I was a GM, I want him on my team because he plays the right way and he's very humble."

"Obviously, he's really strong," Altuve said. "He hits the ball way farther than anybody in the big leagues, all his homers. He plays good defense. He did everything to win the MVP in the regular season. But what I like the most about him is how humble he is."

Altuve took an early upper hand on Judge in their ALCS opener, getting three hits to improve his average to .579 (11-for-19) this postseason. He has the most hits in a team's first five postseason games since Seattle's Ichiro Suzuki in 2001.

Judge was held to just one hit (a single) and one walk in three at-bats.

Asked about Altuve's praise and about Altuve in general after the game, Judge said, "He's showing people why he's an MVP."

"What he did tonight, getting on base, stealing bases, making great plays on defense," Judge added. "He's doing it all."

Altuve met Judge for the first time in July at the All-Star Game and was struck by the rookie slugger's humility.

"He couldn't believe he was there," Altuve said. "He was like, 'Wow, this is awesome.' And I was like, 'Yeah, but I came here to watch you hit, you know? And I'm happy to be with you.' And he was so humble and was like, 'No, no, no, I'm happy to be here with you guys.' If he wins the MVP, I think that it couldn't happen to a better guy.

"Maybe another life I want to be Aaron Judge and hit all those homers."

Predictably, Altuve's manager and teammates disagree with him.

"I will always back Jose Altuve. I think in this regard, I've got to tell him he's wrong. Jose Altuve's the MVP," Astros manager A.J. Hinch said. "I'm biased. I love Aaron Judge and [Cleveland Indians infielder] Jose Ramirez and [Los Angeles Angels center fielder] Mike Trout and the seasons that those guys had, but Jose was the most consistent player in the big leagues. His MVP-caliber season should be rewarded and hopefully will." 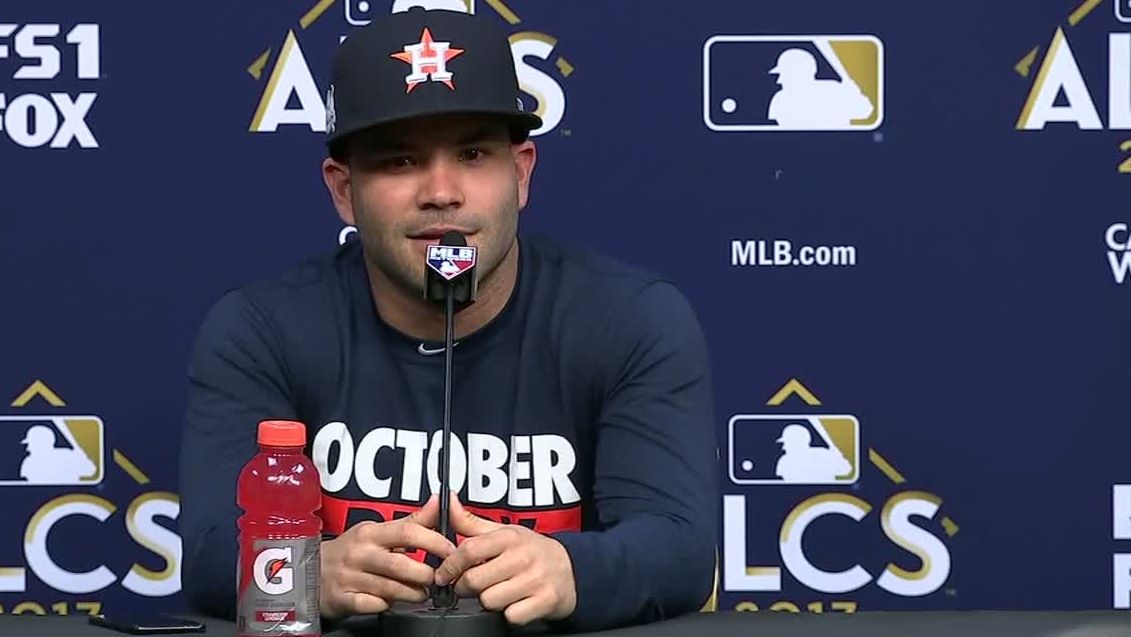