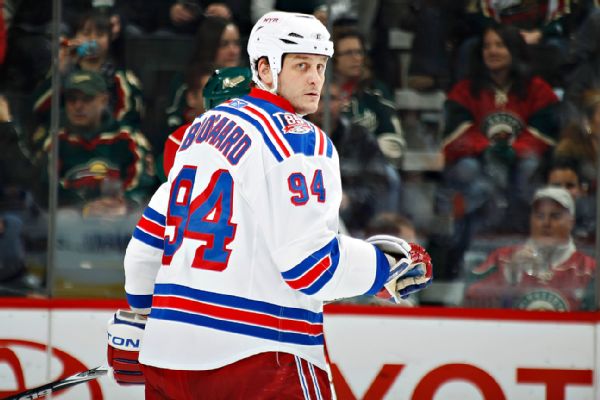 A United States District judge on Monday granted the NHL's motion to dismiss the wrongful death lawsuit filed against the league by the parents of Derek Boogaard, who died of an overdose in 2011.

Boogaard, a defenseman who played for the Minnesota Wild and New York Rangers, died at age 28 of an accidental overdose of prescription drugs and alcohol on May 13, 2011. He was found to have CTE, a degenerative brain ailment that is caused by repeated blows to the head and can be diagnosed only after death.

U.S. District Judge Gary Feinerman wrote in his ruling that the lawsuit fell under the jurisdiction of the state of Minnesota, whose law states that a wrongful death lawsuit has to be filed by a court-appointed trustee. Feinerman wrote that since Len and Joanne Boogaard are "personal representatives," they do not meet the law's requirement.

"... Len and Joanne's inexcusable and inexplicable delay in seeking appointment as trustees has forfeited their ability to do so for purposes of saving Boogaard's survival claims in this suit," Feinerman wrote.

Feinerman wrote in his ruling that Boogaard's parents have had "three opportunities to plead his claims, with one coming after the NHL was granted summary judgment, and those three are enough."

Although Feinerman sided with the NHL, he still had harsh words for the league's handling of cases involving players suffering from on-ice injuries. The NHL currently is involved in a class-action lawsuit involving more than 100 former players.

"Although judgment is entered in the NHL's favor, this opinion should not be read to commend how the NHL handled Boogaard's particular circumstances-or the circumstances of other NHL players who over the years have suffered injuries from on-ice play," he wrote.

Boogaard was one of the most-feared fighters during his six-year NHL career, racking up 589 penalty minutes in 277 career games. He left the Wild for a four-year deal with the Rangers in 2010 and scored one goal in 22 games before his season was ended by a concussion five months before his death.