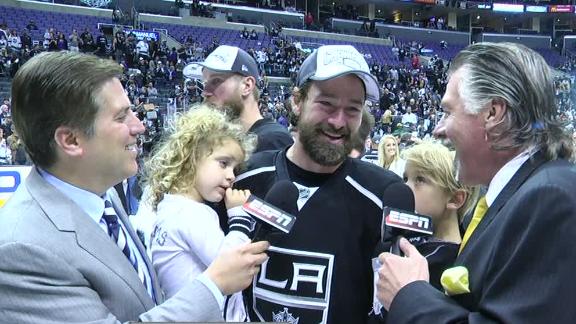 LOS ANGELES -- Justin Williams has won the Conn Smythe Trophy as the Stanley Cup playoffs MVP after cementing his big-game reputation with a postseason full of clutch play for the Los Angeles Kings.

The veteran forward beat out defenseman Drew Doughty for the honor after the Kings' 3-2 double-overtime victory over the New York Rangers in Game 5 on Friday night.

Williams is a three-time Stanley Cup champion, winning it all with Carolina in 2006 and Los Angeles two years ago, and he played his biggest role yet during the Kings' second championship run.

Williams raised his steady game to brilliant heights in the postseason with nine goals and 16 assists, including the Kings' first goal early in the clincher.

Williams led all players with seven points in the finals, including a dramatic overtime goal in the series opener last week. He had three assists in the Kings' double-overtime win in Game 2, and he added another assist in Game 3.

And before the Cup finals, Williams also reminded the hockey world why he's called Mr. Game 7.

He had two goals and three assists in the Kings' three Game 7 victories during their resilient playoff run, including timely goals against Anaheim and Chicago. Williams also had a pair of two-goal games when the Kings faced elimination in the first round against San Jose, becoming the fourth team in NHL history to rally from a 3-0 series deficit.

Williams is 7-0 with seven goals and an NHL-record 14 points in Game 7s in his career. The Kings didn't even have to go that far to raise their second Stanley Cup, although the double-OT clincher felt like it.

The 32-year-old Williams' career has been about clutch play in elimination games: He is the only player in NHL history to score in the first four Game 7s of his career, and he memorably scored both goals for Los Angeles in its second-round clincher against San Jose last year.

During the regular season, Williams has fashioned a career as a dependable complementary player, filling any role necessary in coach Darryl Sutter's defense-first scheme.

"What's unique is he's a consistent player every night, home and road," Sutter said this week. "He scores big goals, and he understands his role. A lot of times, players like that don't understand their role."

Williams reached the NHL as a teenager with Philadelphia, but his career was slow to take off under several Flyers coaches. After being traded to Carolina in 2004, he played a significant role in their run to their only Stanley Cup title.

Williams is still beloved by Hurricanes fans for his empty-net goal with 1:01 left in Game 7 of the Cup finals against Edmonton, sealing the franchise's only championship. But Carolina traded him to Los Angeles in March 2009 after he endured lengthy injury struggles, and Williams fit in splendidly with the Kings.

Jonathan Quick won the Conn Smythe in 2012 for his dominant play during the Kings' 16-4 rampage through the postseason. Williams scored 15 points during that run, predictably raising his game when Los Angeles needed him.

Los Angeles didn't win with defense this time around, instead becoming the highest-scoring team in the playoffs. Williams played a major role, usually slotting into a third-line role alongside Jarret Stoll and Dwight King while also playing extensively on special teams.

"He's a very fiery guy,'' Stoll said. "You can see how much he cares, how much he loves his teammates and the game of hockey. He wants to compete so hard, so bad. Whatever it takes. The bigger the games get, he's always showing up, making the big play." 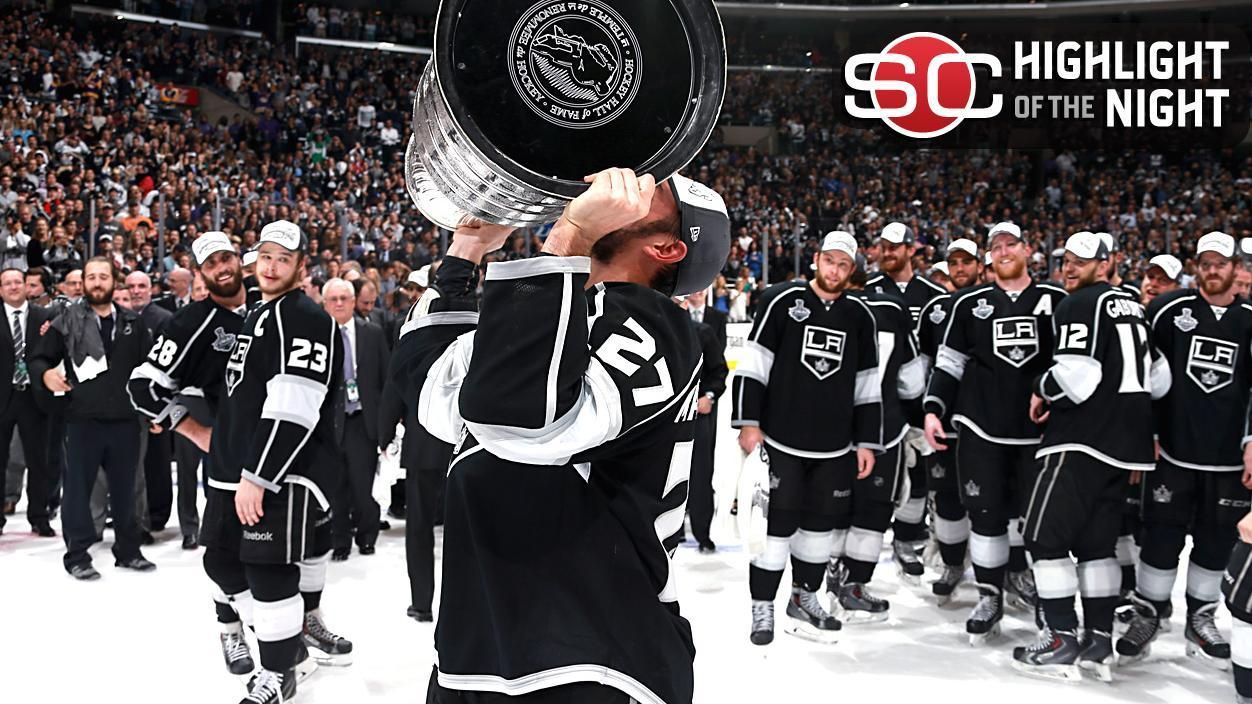