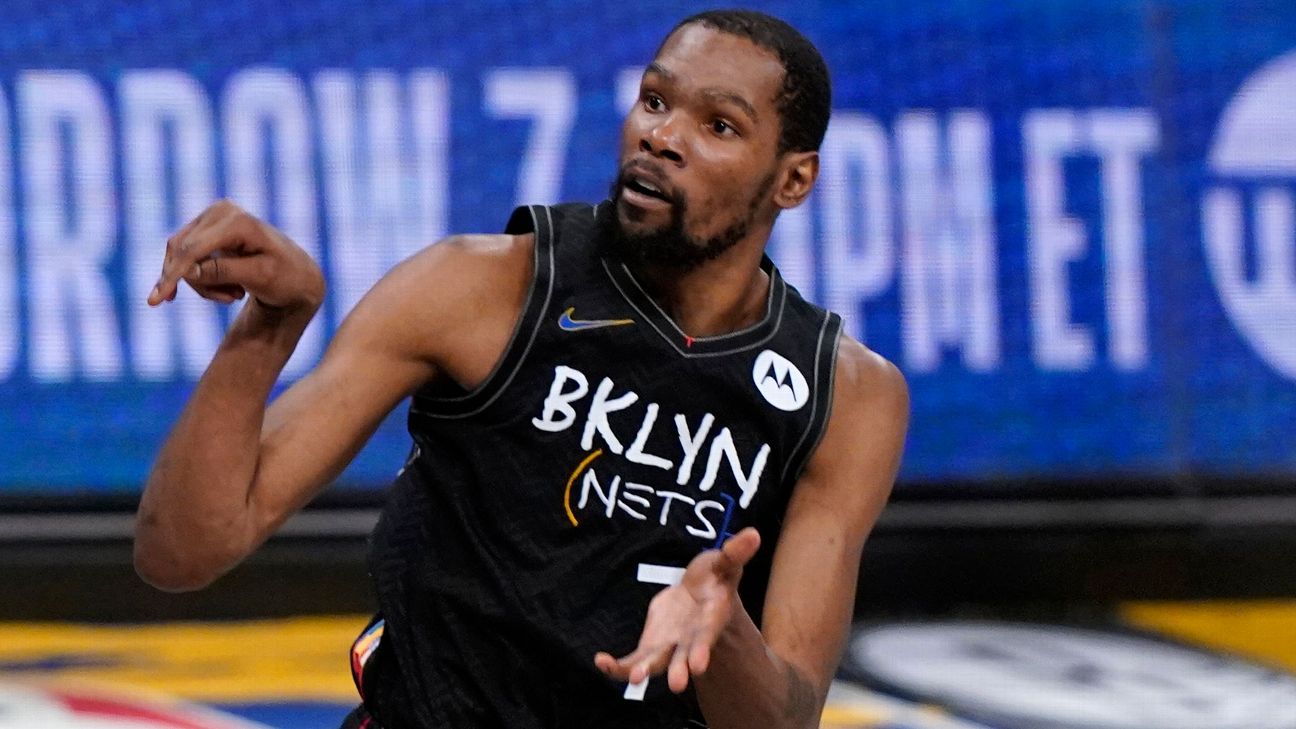 The extension is for four years and worth the $198 million maximum, Durant's longtime business manager and co-founder of Thirty Five Ventures and Boardroom, Rich Kleiman, told ESPN's Adrian Wojnarowski on Friday.

Durant, who led Team USA to its fourth straight Olympics gold with a win against France on Saturday, was spectacular in his return to the court this season. He missed his first season in Brooklyn while recovering from a torn Achilles tendon suffered in Game 5 of the 2019 NBA Finals in Toronto while playing for the Golden State Warriors.

He wound up playing only 35 regular-season games for Brooklyn last season due to a combination of COVID-19 absences and a hamstring injury, but Durant averaged 26.9 points, 7.1 rebounds and 5.6 assists and made his 11th All-Star appearance.

Durant then averaged 34.3 points, 9.3 rebounds and 4.4 assists in 12 playoff games for the Nets, including arguably the greatest performance of his legendary career -- a 49-point, 17-rebound, 10-assist triple-double while playing all 48 minutes of a 114-108 victory over the Milwaukee Bucks in Game 5 of the Eastern Conference semifinals. He then played all 53 minutes of Brooklyn's overtime loss in Game 7, scoring another 48 points -- which included a game-tying shot in the final second of regulation to force the extra session.


"Kevin is a transcendent talent who continues to drive and push this franchise and the game of basketball globally," Nets general manager Sean Marks said in a statement Sunday. "We are thrilled to continue our partnership with him for years to come."

The Nets are currently projected to spend $296 million next season in payroll and luxury taxes, per ESPN's Bobby Marks. That is the second-biggest total in NBA history (trailing only next season's Warriors), as the Nets try to win the franchise's first NBA championship around Durant, Kyrie Irving and James Harden. Irving joined Durant in Brooklyn as free agents two years ago, and the Nets executed a blockbuster trade with the Houston Rockets to land Harden in January.

Irving and Harden will also be eligible to sign contract extensions with Brooklyn this offseason.

Durant made the official announcement onBoardroom. 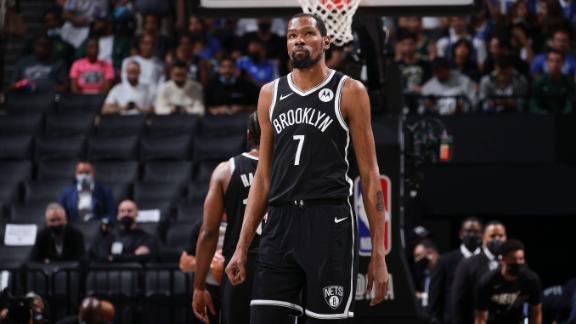