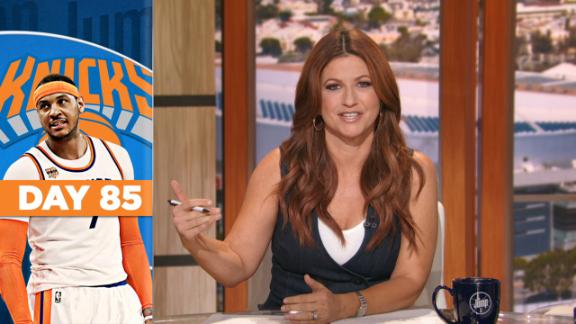 ESPN
By Ian Begley
GREENBURGH, N.Y. -- New Knicks general manager Scott Perry says he's keeping an "open mind" about Carmelo Anthony's future with the club, but he expects to have Anthony on the roster next week during training camp.

"Look, Carmelo's going to be back here," Perry said Friday at the team's training facility. "Carmelo has always been a professional. That's one thing I've always respected about him. I think he can set a good example for the young players. He's been a 10-time All-Star. If he's back here with the New York Knicks, we expect him to be the professional he's always exemplified throughout his career and move forward with him."

The Knicks have had talks with teams for several months about trading Anthony, but nothing has come to fruition. Anthony has a no-trade clause, and his top priority has been a desire to be traded to the Houston Rockets.

Knicks coach Jeff Hornacek said Anthony's role with the club would not change as long as he's on the roster and that it would be "crazy" to think Anthony wouldn't start.

Both the Knicks and Anthony remain committed to finding a scenario that ends with Anthony on another team, according to league sources.

"We've just been in constant contact with he and his representatives and I won't get into [the] weeds of the details of how far or how close we were to any type of deal," Perry said. "At the end of the day, what we set out and what we said [in July was], if there was something there that made sense both for him and the Knicks organization, then we would strongly consider it. Obviously we sit here today and that did not happen as of yet."

Perry, Hornacek and Knicks president Steve Mills have recently been in contact with Anthony. Perry said he visited Anthony in Florida over the summer and the two had a "very good meeting."

"Very respectful. He expressed to me his sentiments as did I [to him]," Perry said. "And we both understood at that time there would definitely be a possibility that he could be back here. And we respect each other well enough that if that was the case that we're going to move forward and be the professionals that we both are."

Mills and Hornacek insisted the team would be unaffected by any outside attention surrounding Anthony trade talks, though several players said last season that it affected the locker room, as the Knicks missed the playoffs and finished with just 31 wins.

Mills and Hornacek also on Friday addressed Kristaps Porzingis' decision to skip exit meetings with ex-team president Phil Jackson and Mills in April because of the drama and dysfunction surrounding the team.

Porzingis, Anthony and the rest of the Knicks might be running a significantly different offense this season.

Hornacek was asked on Friday if the triangle offense that the Knicks ran at times during Phil Jackson's presidency was 'dead.' The coach didn't go as far as agreeing with that sentiment, but made it clear that the offense would change. Some players and coaches grumbled privately about the efficacy of the triangle offense over the past three seasons.

"The style that guys are liking to play is a little bit different. We're going to open it up and get some different things out there," Hornacek said. "The biggest thing for us to try to put our guys in the best position. Whether it's post ups if it's outside shooting 3-pointers, you look at the roster, you look at the players strengths and you try to build from there." 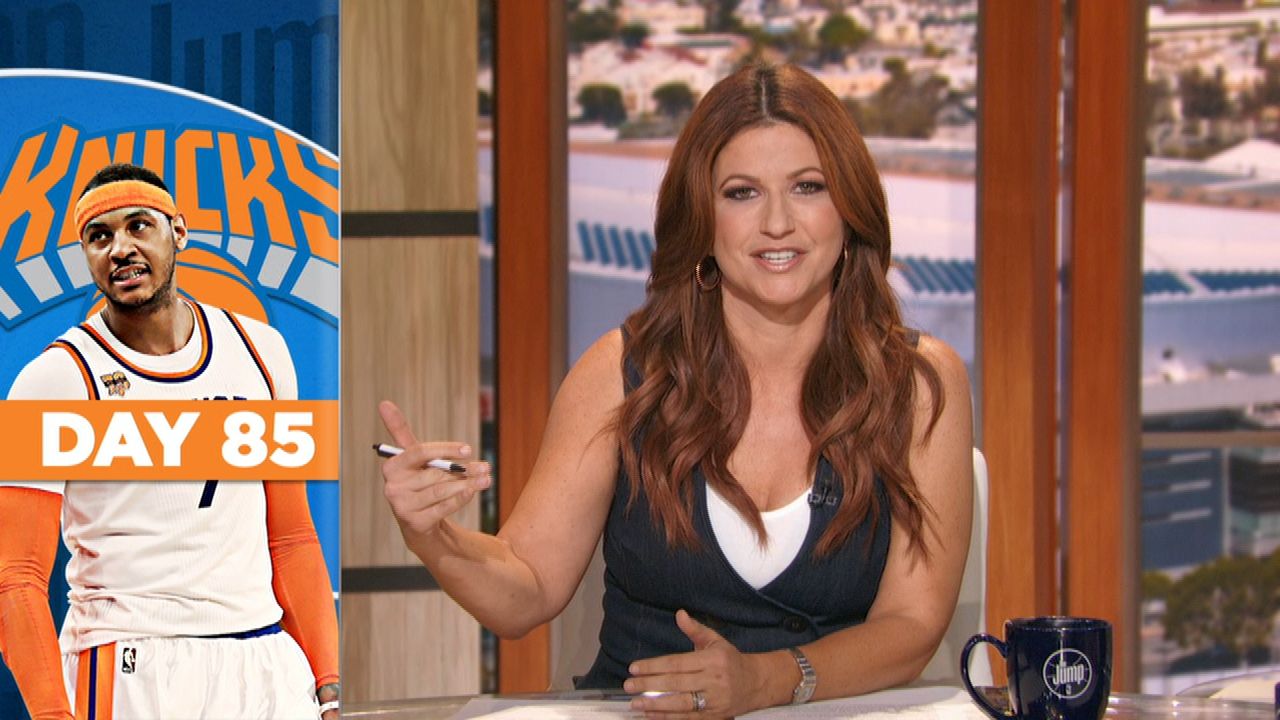