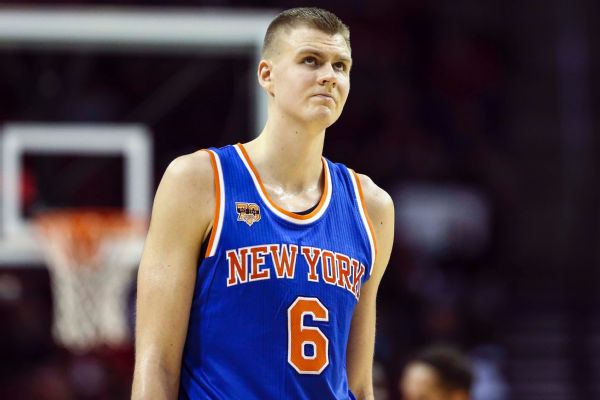 Porzingis first felt the soreness on Sunday during the Knicks' loss to the Brooklyn Nets. He said he felt soreness early in the game and his hip tightened at halftime. Team trainers then advised that he sit out the second half.

A team doctor examined Porzingis on Monday afternoon and determined that he should sit out against the Rockets.

It is unknown whether Porzingis had any tests on his hip. Hornacek is hopeful that Porzingis will be able to play in the Knicks' preseason finale on Friday.

Also on the injury front for New York, rookie Frank Ntilikina missed his third straight preseason game on Monday with a knee bruise. Hornacek said Ntilikina still has some residual swelling in his knee but believes the rookie will return Friday.