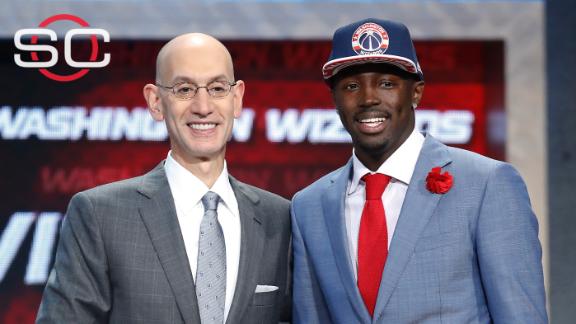 The New York Knicks have traded guard Tim Hardaway Jr. to the Atlanta Hawks in exchange for the draft rights to guard Jerian Grant, the league announced.

Grant was selected with the 19th pick in Thursday night's draft, a pick originally owned by the Washington Wizards but obtained by the Hawks in a prior trade.

Grant, a senior combo guard fromNotre Dame, averaged 16.5 points on 47 percent shooting. He will have a chance to play big minutes in a Knicks backcourt that has just two players returning inJose Calderon and Langston Galloway.

Hardaway, 23, struggled on the defensive end at times in his first two seasons for New York, which won just 17 games last season. He is a career 35 percent 3-point shooter.