Knicks troll Bulls after Derrick Rose trade ... then think better of it

Prominently featured in the video were former Knicks Robin Lopez, Jose Calderon and Jerian Grant, all of whom were traded for Rose, and all of whom are getting beaten off the dribble by Rose in the video, which was just over a minute. 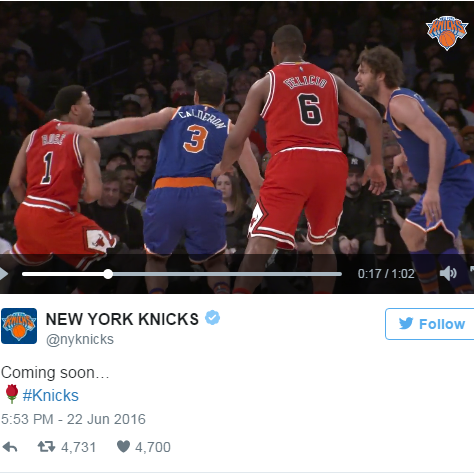 The Knicks later deleted it, plus an additional tweet posted Thursday morning. 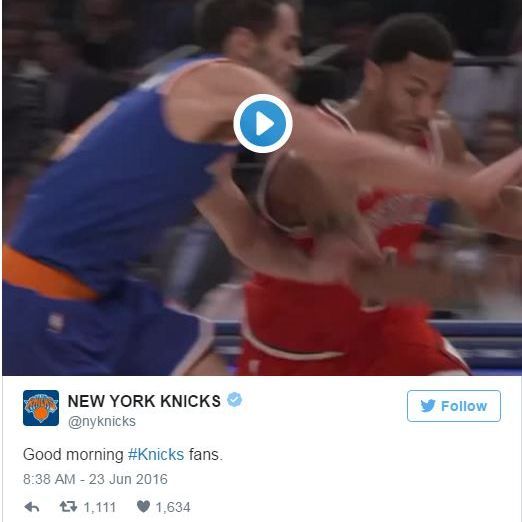