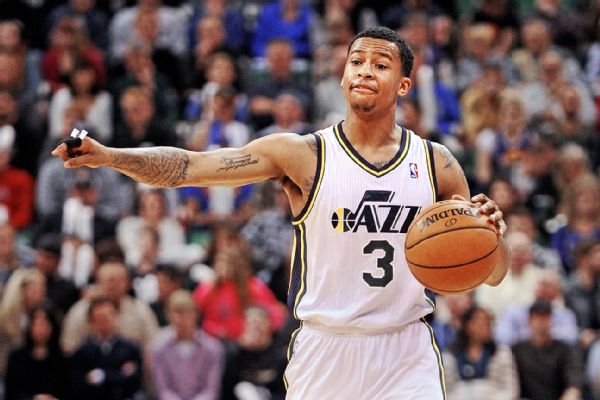 Burke, the No. 9 pick in the 2013 NBA draft, has averaged 26.6 points per game on 49 percent shooting this season for the Westchester Knicks, New York's G League team.

It is unclear, though, how Burke will fit in to the Knicks' rotation, as Jarrett Jack and Frank Ntilikina have taken the bulk of the minutes at point guard.

Sessions averaged 3.7 points and 2.1 assists in 13 games for the Knicks this season.

"We thank Ramon for being a consummate professional and providing this team with veteran leadership," Knicks general manager Scott Perry said in a statement announcing the team has requested waivers on Sessions. "He is incredibly well respected throughout the organization and we wish him the best moving forward."

The Knicks have lost 10 of 13 and entered Saturday three games out of eighth place in the Eastern Conference.

Sessions began the season as the starting point guard but fell out of the rotation after an 0-3 start and was replaced by Jack.

New York is responsible for $300,478 of the remaining salary owed to Sessions, with the NBA picking up the remaining $857,270. His full $1.47 million salary will stay on the Knicks' salary cap.