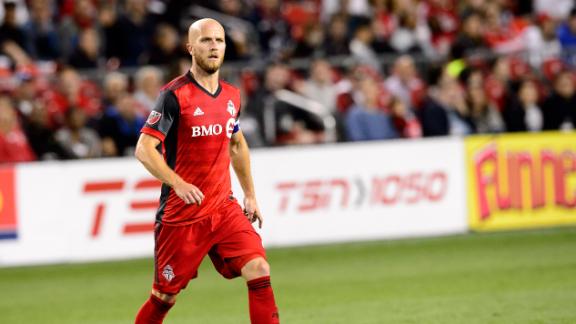 Jones, 36, made 20 appearances for the Galaxy this season but failed to help LA to a postseason spot in the Western Conference.

In all, the Galaxy declined their option on 13 players, leaving just 13 of their 30 roster spots for 2018 currently filled, including those players who were out of contract.

Elsewhere, among those who had their option declined was New York Red Bulls midfielderMike Grella.

Grella, 30, endured an injury-plagued campaign with the Red Bulls in 2017, featuring in only eight matches.

Every MLS team except the four currently playing in the conference finals had until Monday to make their decisions on player options.