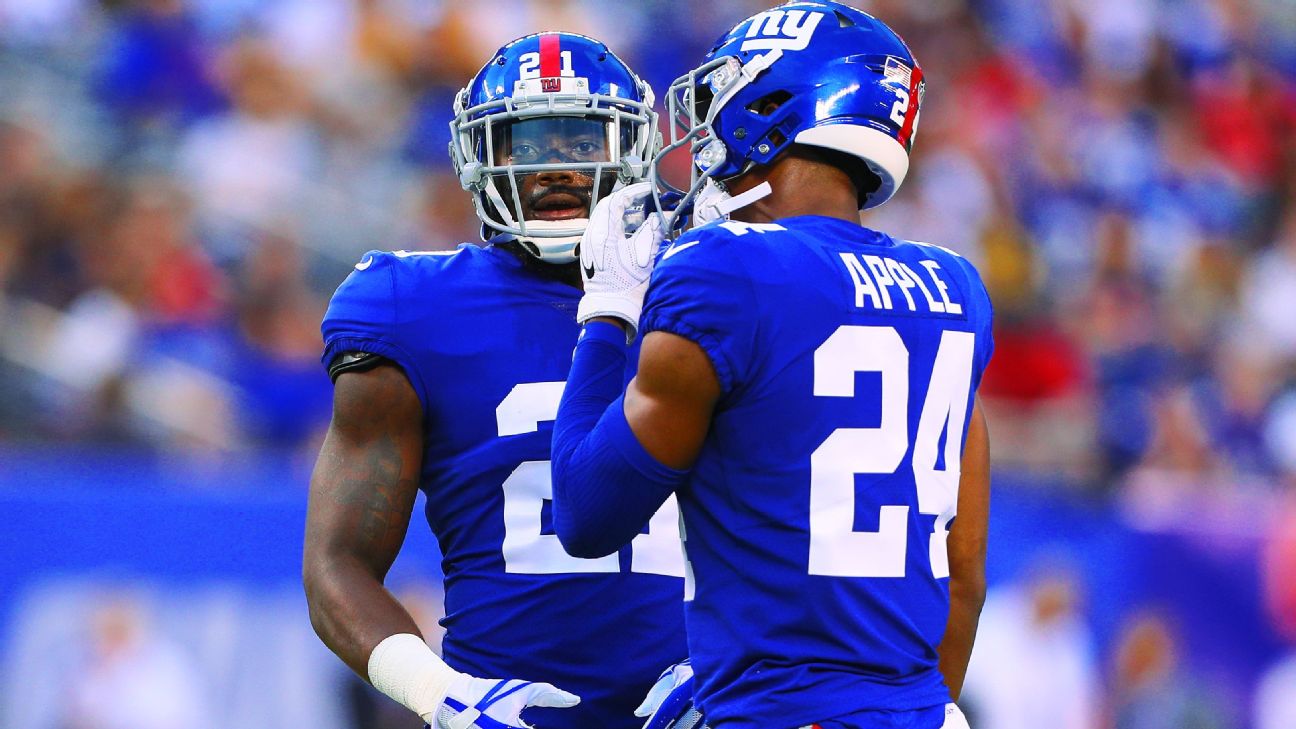 Everything was copacetic as Apple and the Giants reported for the first day of the team's offseason workout program Monday. Apple spent most of his offseason in California with several Giants teammates, and some relationships were mended.

The Giants are trying to rebound from a 3-13 season in which everything seemingly went wrong. Three cornerbacks were suspended at different points of the season for their conduct.

Apple had issues with teammates and coaches during the troubling year, on and off the field. But the former first-round pick remains on the roster after ending last year by being suspended and told to stay away from the team.

It appears that Apple is slated to start opposite Janoris Jenkins again this season.

"I'm glad to see him back," Collins said. "He's a great corner. He's very smart. I love that he comes up and lays the boom on guys and he's a great coverage guy. We need him. We're glad to have him back."

Collins wouldn't have said that late last season, when there was bad blood between the two. Collins had to be restrained by teammates from going after Apple on at least one occasion. This was after Collins told the media that he had several conversations with Apple about his struggles and handling himself in a professional manner.

The following day, Apple denied that the conversations ever occurred.

"There's only just one corner that ... needs to grow, and we all know who that is," said Collins, one of the more popular players in the locker room. "That would be the only person I would change out of our secondary group. Besides, the other two guys, [Dominique Rodgers-Cromartie] and [Jenkins], I love those two guys. They play hard. They love what they do.

Apple was a first-round pick -- selected by the previous regime -- in the 2016 NFL draft out of Ohio State.

There was a belief that new general manager Dave Gettleman might move Apple this offseason. The Giants have stressed developing a new and improved culture.