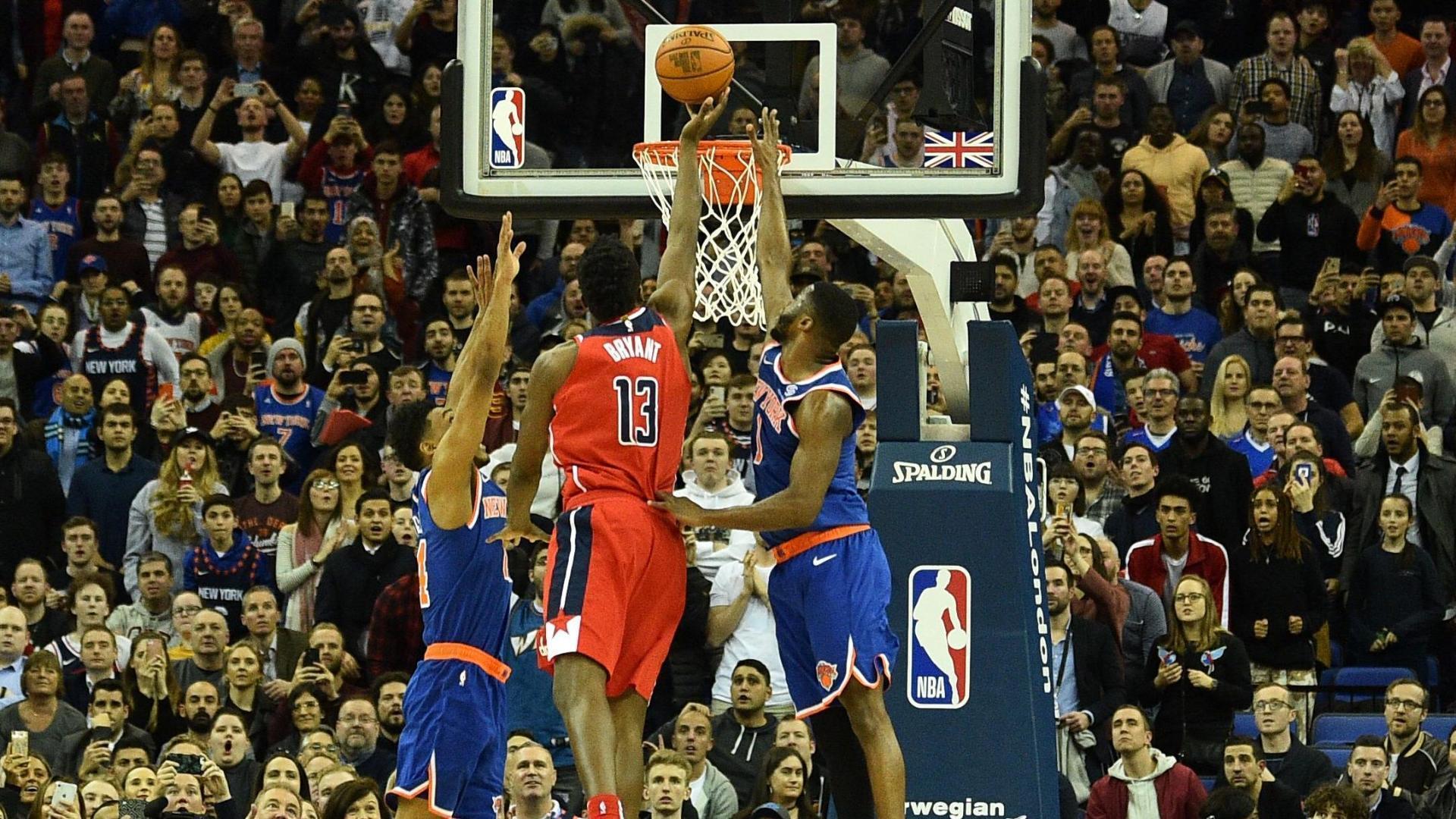 ESPN
LONDON -- Allonzo Trier was called for goaltending on a layup attempt by Thomas Bryant with 0.4 seconds remaining, giving the Washington Wizards a 101-100 victory over the New York Knicks at The O2 Arena on Thursday night.

Bradley Beal scored 26 points and had nine rebounds, and Otto Porter Jr. had 20 points and 11 rebounds for the Wizards, who outscored the Knicks 24-11 in the fourth quarter.

Emmanuel Mudiay scored 25 points and Luke Kornet finished with 16 points, including 12 in the first quarter, for the Knicks, who lost their fifth consecutive game. New York was making its third appearance in the NBA's annual London game. Washington was there for the first time.

Noah Vonleh gave the Knicks the 100-99 edge with a one-handed finish over Bryant with 33.7 seconds left, and a 3-pointer by Beal rimmed out. Kevin Knox tried to run down the clock, but his off-balance 3-point attempt missed the rim and led to a shot-clock violation with 3.3 seconds left.

That left Washington with one last opportunity, and Trevor Ariza drove the lane before dumping the ball off to Bryant just before the buzzer.

Trier and Mudiay both collapsed on Bryant, who released the ball in time but had his shot swatted away by Trier just after it began its downward trajectory.

Mudiay's buzzer-beating heave at the other end off the inbounds play was off target.

The Knicks held a 10-point lead after the first quarter and pushed it to 19 in the second before entering halftime up 63-53.

New York led by as many as 16 in the third quarter before Washington began to rally. The Wizards reclaimed the lead at 92-91 with 4:34 left on Porter's pull-up jumper.

Beal, whose streak of three games with 30 or more points ended, scored only eight points in the first half.

Knicks: C Enes Kanter, who is averaging 14.4 points and a team-high 11 rebounds, did not travel with the team for the game because of fears over his safety as an outspoken critic of Turkish President Recep Tayyip Erdogan. ... Rookie C Mitchell Robinson returned after missing 13 games because of a groin injury and finished with four points and two rebounds in 10 minutes.

Wizards: Owner Ted Leonsis said before the game that he would "never, ever tank" and that Washington, which has reached the playoffs four of the past five seasons, would push to do so again. "I don't think you can tell a coach, 'Don't try to win,'" Leonsis said. "I would never do that." 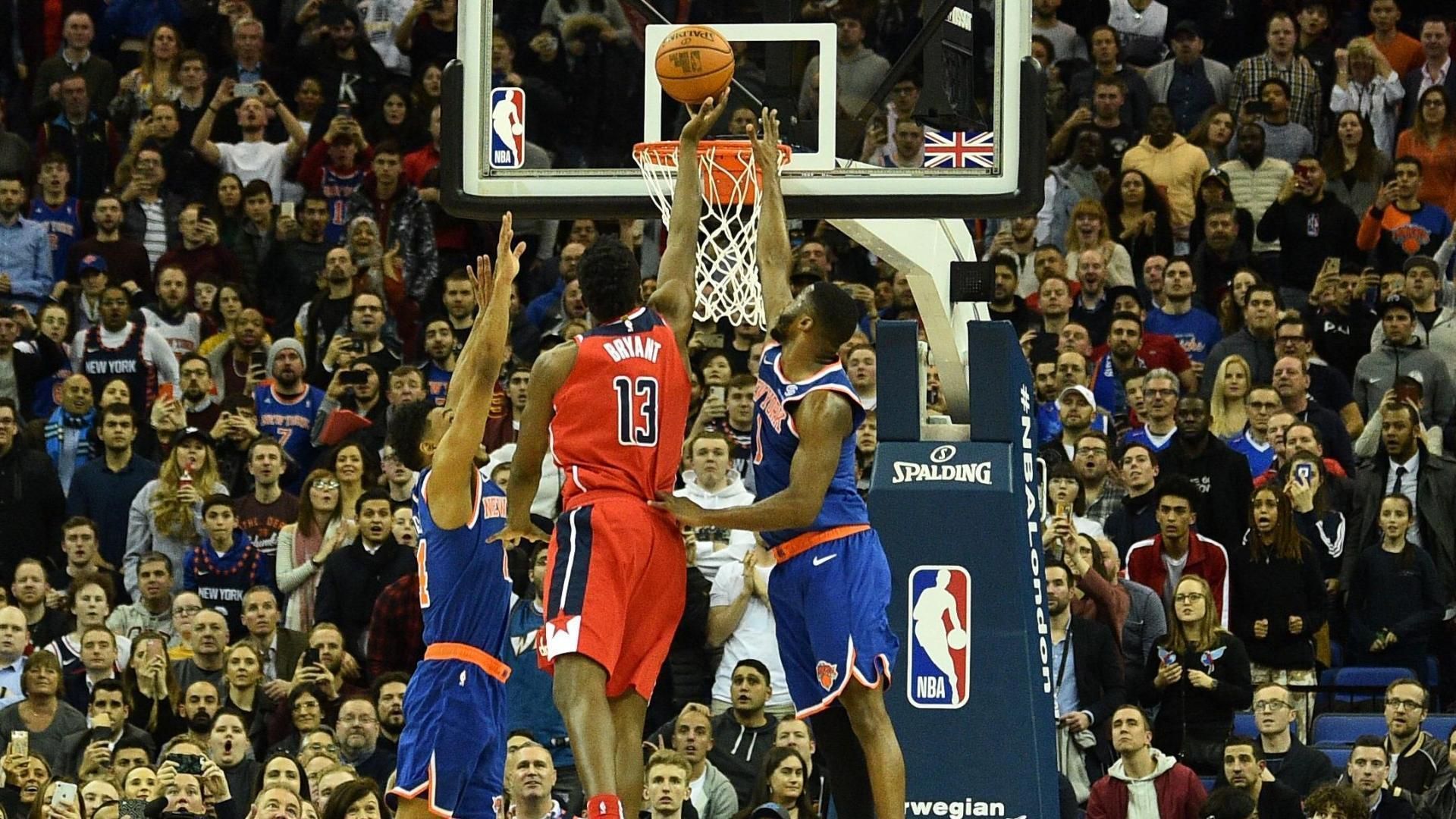