LaVell Edwards, who coached BYU for nearly 30 years, dies at 86 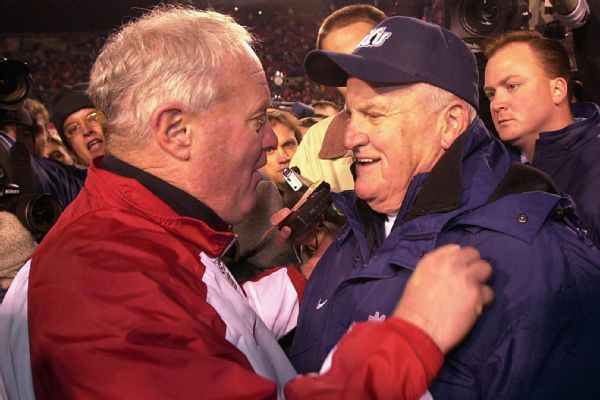 College Football Hall of Famer LaVell Edwards, who coached the BYU Cougars for 29 seasons, died Thursday at the age of 86 from complications after breaking his hip, his wife said.

Patti Edwards told the Provo Daily Herald that her husband suffered the injury on Christmas Eve.

Edwards led BYU to national prominence with his dynamic passing offenses and became one of the most successful coaches in college football history. He won the 1984 national championship during his tenure from 1972 to 2000, and he had an overall record of 257-103-3 with the Cougars. He ranks seventh all-time in FBS coaching victories and second behind Joe Paterno among those who coached at just one school during their career.

He received national coach of the year awards in 1979 and 1984, and he coached 1990 Heisman Trophy-winning quarterback Ty Detmer among his 34 All-Americans.

"It's a tough time for all of us," Young, a Hall of Fame quarterback and ESPN analyst who played for Edwards from 1980-83, said Thursday. "The No. 1 quality that Coach had was a gift -- I'm going to say it was from heaven -- that he had the ability to look at you and get a sense of you and be able to have a vision for your future. To see things that you didn't see, to see potential in you that you didn't know about. ... It was personal to you.

Edwards was inducted into the College Football Hall of Fame in 2004, and BYU's stadium bears his name.

"I love LaVell Edwards. He came into my life, and the life of many others, at just the right time," Holmoe said in a statement. "I had the influence of a great coach, a wonderful person, a disciple of Christ, a loyal family man and a true friend, from the day I met him until the day he passed away. LaVell had a pure heart. He was the dream coach of every parent. His example will forever be with me and I will strive to live a life of love as he always did."

The 1984 team, led by Bosco, capped off a 13-0 season with a victory over Michigan in the Holiday Bowl was voted national champion.

"He was like Johnny Appleseed ... just spreading seeds of goodwill and positivity," said Young, who had talked to Edwards' wife and was driving to Provo, Utah, when he got the news of his death. "Another thing he did was he took a program that was not obscure, but the WAC in 1965 or '70 was not well-known, and by the time he left that program, it was nationally recognized. There's not many great coaches that took programs from obscurity to national prominence. ... He's in many ways a pioneer."

Edwards finished his career on a streak of 27 seasons without a losing record. The Cougars went to a bowl game in 22 of his 27 seasons, including 17 in a row from 1978-1994. His resume boasts 18 WAC titles as well as the inaugural Mountain West Conference crown in 1999.

"As I have expressed many times, LaVell had a tremendous impact on me, not only as a player and as a coach but even more importantly as a person," current BYU coach Kalani Sitake said Thursday. "That is LaVell. He had an impact on so many lives, and not just as coach but as a person. So many people - players, coaches, fans, the entire BYU family, coaching colleagues and opponents - will tell you they are a better person because of him, and I'm definitely one of them. We all love LaVell and appreciate the amazing legacy he leaves with each of us."

Edwards grew up in Orem and was the eighth of 14 children. He was an all-conference lineman at Utah State before serving two years in the Army. He joined the BYU football staff in 1962 and was the team's defensive coordinator when he was promoted to head coach. He is survived by his wife of 65 years, Patti, and three children.

"Coach Edwards was a gentle giant of the gridiron -- a humble yet confident leader who guided the BYU football program through decades of unprecedented success," said Sen. Orrin Hatch, R-Utah. "He was a champion both on and off the field. For thousands of athletes and millions of fans across the nation, LaVell was far more than a steady presence on the sideline. He was a visionary leader, a father figure, and a trusted friend." 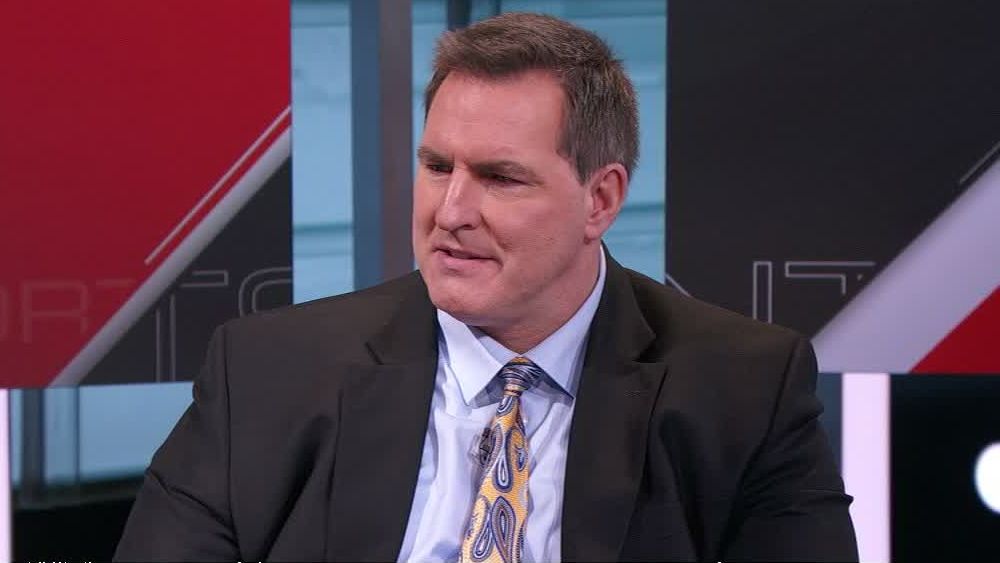