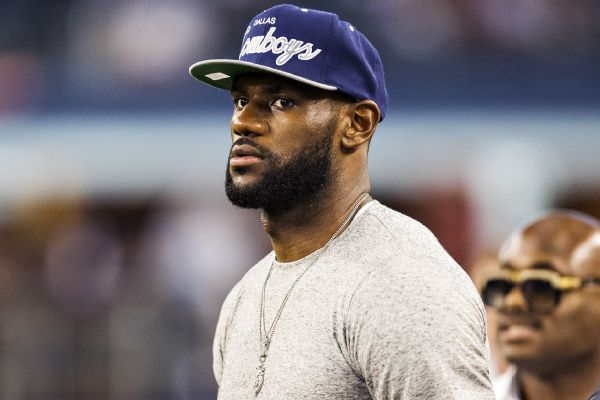 INDEPENDENCE, Ohio --LeBron James is an unabashed NFL fan who attended the Cleveland Browns' 35-10 loss to his beloved Dallas Cowboyson Sunday during a rare in-season off day for the Cleveland Cavaliers.

Based on the NFL's television ratings -- down by 19 percent for "Sunday Night Football," 24 percent for ESPN's Monday Night Football and 18 percent for Thursday night games through the first seven weeks of the season compared to 2015, according to the Washington Post -- the NFL could use more fans showing that same type of loyal viewership.

James, one of the NBA's most high-profile stars, said he isn't sure why fans are tuning the NFL out.

"I've heard some of the comments from some of the players, as far as the game, the fun part of it is kind of being taken away. And I know when I played football, I played it for that reason," James said after Cavs practice Monday. "For the competition, one, and for the fun of it ... I've seen a couple of the main guys talk about how the game is not as fun. It's all political, things of that nature, at this point. You definitely don't want to take the fun away from the game. That's why we all fell in love with sports in general is because you have fun with it at the beginning.

"But I'm not the commish. I'm not on the board. I don't know what [the explanation is]. Football is such a great sport, but I don't have the answer for why fewer people are watching."

Seattle Seahawks cornerback Richard Sherman was one player who pointed to the NFL's reputation as the "No Fun League" as a primary reason for its decrease in popularity.

"Because the league isn't fun anymore," Sherman told reporters last week. "Every other league, you see the players have a good time. It's a game. This isn't politics. This isn't justice. This is entertainment. And they're no longer allowing the players to entertain."

While NFL ratings are struggling, the NBA is seeing its viewership grow. Game 7 of the NBA Finals between the Cavs and the Golden State Warriors drew 30.8 million viewers, making it the most-watched Finals game sinceMichael Jordan's final appearance with the Chicago Bullsin 1998.

"To know that you were a part of a game that people watched and wanted to watch you [is special]," James said. "When they say it was the highest ratings since Jordan in the Finals, that's a lot of pride. That's like humbling. That's great that people want to watch you and watch your team. People are always going to talk about that moment. It's a great feeling."

Major League Baseball also enjoyed a strong World Series, with Game 7 between the Chicago Cubs and Cleveland Indians drawing 40 million viewers -- the most for a World Series since 50.3 million people watched Game 7 in 1991 between the Atlanta Braves and Minnesota Twins.

"And then the games in general, when you go out and compete and you're watching these two clubs go at it, that definitely helps the ratings. People want to see what happens next, what's the storyline going to be tonight?"

James didn't want to imply that the NBA's and MLB's momentum could allow another sport to unseat the NFL as the most-watched sport in America.

"We're just trying to continue to build our game," James said. "I don't want to talk about a shift and things of that nature. I haven't done -- I know people [calculate] numbers where they can gauge what's been happening over a number of years; I haven't done that -- but I know what happens in our sport, and I can have a sense of what happened with baseball this past season." 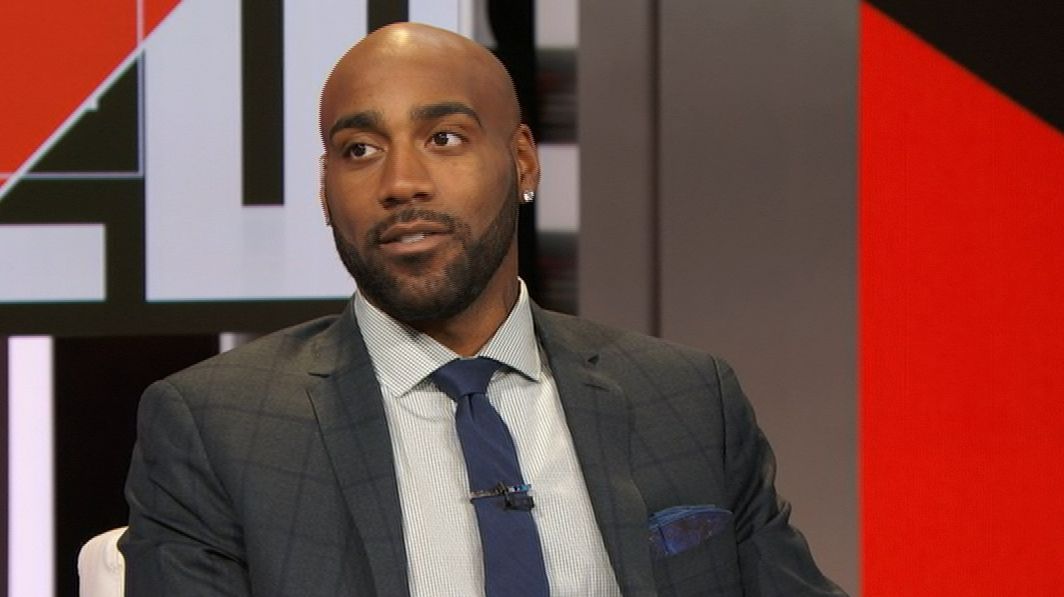