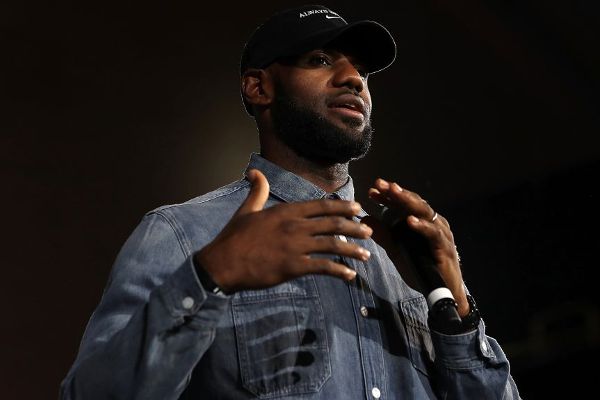 ESPN
By Dave McMenamin
MILWAUKEE -- LeBron James and his wife, Savannah, already have three children, but the Cleveland Cavaliers superstar said seeing his game show, "The Wall," debut on NBC on Monday made him feel like proud papa all over again.

"To see it come all the way to where it was last night, it was like seeing your kid go off to college," James said Tuesday at shootaround in preparation for the Cavs' game against the Milwaukee Bucks.

The Cavs had a team-watch party in Milwaukee on Monday for the first episode of "The Wall," on which James serves as an executive producer. The show is the result of collaboration between James and longtime associate Maverick Carter's SpringHill Entertainment, as well as "The Wall's" host, Chris Hardwick, and Andrew Glassman of Glassman Media.

Monday was the first of two preview episodes to air. The next will air Jan. 2, and the show will premiere officially on Tuesday, Jan. 3.

"It was great," James said. "I remember from Day 1 when it was pitched to us, and it was put on like a Power Point [presentation], and the wall was constructed of like a big ol' board of paper, and the game was broken down of how it was going to be played and how the contestants can win and things of that nature."

"The Wall" has more than $12 million in potential prize money every episode with the goal to "change people's lives in an instant," according to a news release. In Monday's show, a couple from James' hometown of Akron, Ohio, came away with $1.3 million.

Richard Jefferson captured some of the watch party on his Snapchat account and showed an uneasy James sitting back in his seat as he watched it unfold. "I'm nervous for the contestants," James said in the video.

This is not SpringHill Entertainment's first small-screen foray. It has also produced "Survivor's Remorse," a scripted comedy about a fictional professional basketball player balancing his newfound wealth and fame with his humble beginnings, which was picked up for a fourth season by Starz in August, and the CNBC entrepreneurial series "Cleveland Hustles."

"It's different in the fact that that particular show is something that reminded me of when I was a kid and the families would all get together, and no matter what age group you're in, you can all enjoy it," James said when asked to compare his shows. "And for 'The Wall,' that's one of those game shows where a kid that's 10 years old all the way to a grandmother that's 60 or 70 can watch it and just have the same reaction and the same exhale or the same defeat when they lose money or the same excitement when they win money. For us to be in the position where we can create excitement not only for the contestants that are on the show but for the families that are watching across the country, it's pretty cool."

And as for what game shows James tuned into when he was the same age his kids are now?

"I watched 'The Price is Right' a lot," James said. "My mother watched it all the time, and we only had one TV so at the end of the day, you watched what your mother watched -- including 'The Bold and the Beautiful' and 'All My Children.' So whatever moms was watching, I had to watch. So, 'The Price is Right' was one of them, 'Jeopardy,' all those shows that came on." 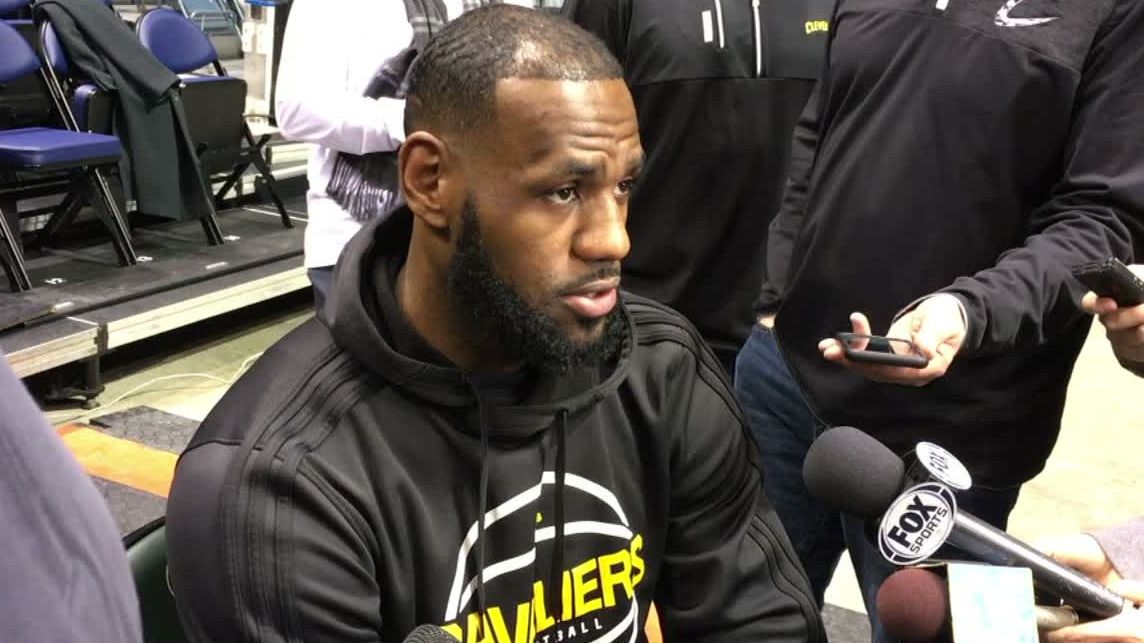 LeBron happy to get new game show on TV
LeBron James, an executive producer for the new game show "The Wall", talks about what it is like to see the television show make it to air.
Related topics:
sportsespngame showcleveland cavaliersmilwaukee bucksnbarichard jeffersonthe walllebron james
Copyright © 2020 ESPN Internet Ventures. All rights reserved.
More Videos
From CNN Newsource affiliates
TOP STORIES