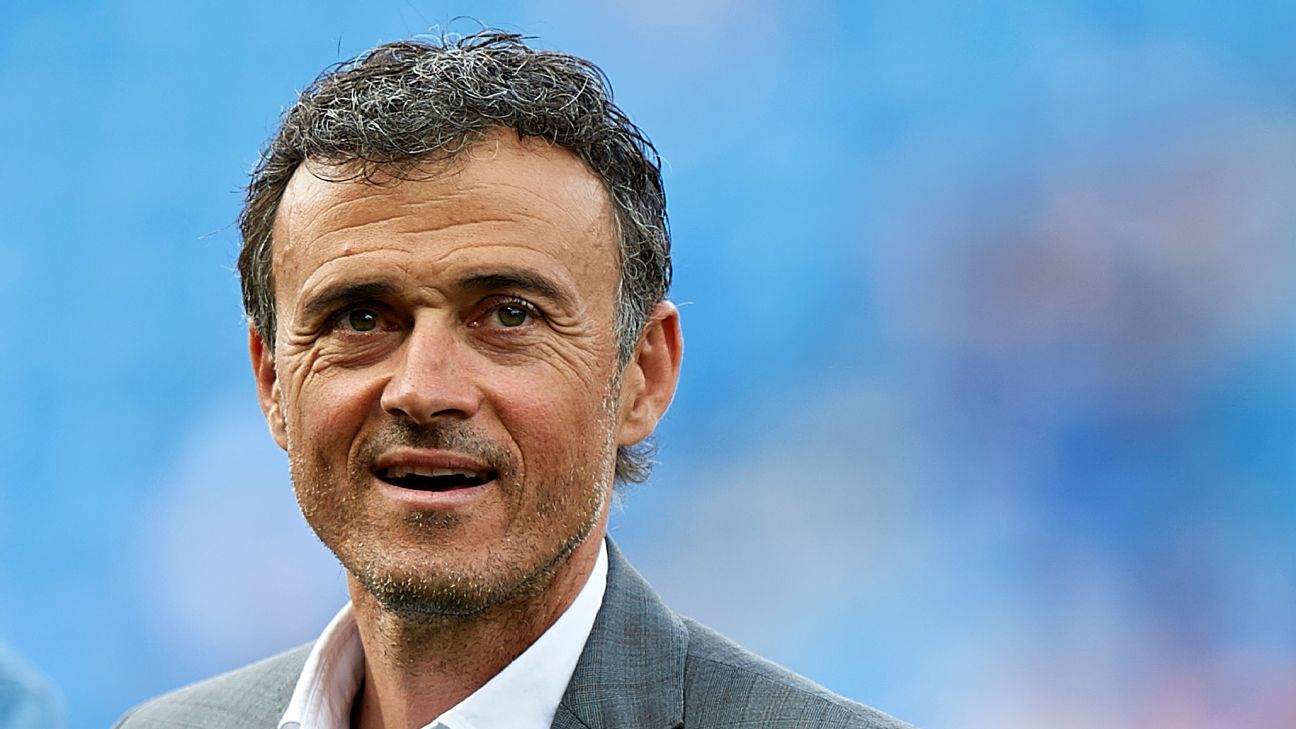 Former World Cup winner and European champion David Villa says that new Spain manager Luis Enrique will be expected to win at Euro 2020 and beyond.

Luis Enrique was appointed two weeks ago, after La Roja fell to their second consecutive early exit from a World Cup, being defeated by the hosts at the round-of-16 stage of Russia 2018. He last managed for Barcelona, the club he walked away from in May 2017 and subsequently took a year-long sabbatical.

And now New York City FC forward Villa says that Spain's new boss will be held to the same high standards that each of the national team's managers have been: winning silverware.

"The challenge for him is the same; Spain should win every major tournament they play," Villa told members of the media on Monday at NYCFC's training facility in Orangeburg, New York. "The next one will be the Euros, so he'll have to assemble a squad that can at first qualify, and then head into the tournament with the best talent available."

Spain will be under pressure to recover from a dismal World Cup at Euro 2020 -- qualifying for which is scheduled to begin in March -- largely because of the situation left by Luis Enrique's predecessor, Julen Lopetegui.

Despite an enthralling opener, a 3-3 draw against Portugal, Spain would never recover from the destabilisation en route to that round-of-16 defeat to Russia.

Villa represented Spain on the international stage across 13 years, and was careful in assessing Lopetegui's decision to join Real Madrid and his subsequent dismissal from the national team.

"I don't know, I wasn't there," Villa said when asked how the managerial situation affected Spain's disappointing tournament. "It's difficult to analyse things I didn't see with my eyes."

What Villa instead focused on was the commitment Russia played with in knocking out his home country on penalties. The hosts scored group-stage victories over Saudi Arabia and Egypt in the group stage before their upset of Spain, and their Cinderella run came to an end against Croatia in the quarterfinals.

"I think more about the football, like I've always done," Villa said. "This is football; if you do things right, you win, and if you don't, you lose.

"When facing a rival that wants to play well ... Russia played a great World Cup, you could see it when they played their following match against Croatia. And in this case they played better than Spain and sent them home.

"This is the reality of football. If you do what you're supposed to do well then you have a better chance to win, and if you don't, you lose."

Luis Enrique: Line between success & failure is very thin
Luis Enrique addresses what Spain must improve on in order to keep pace with the elite in world football.