Manny Pacquiao to return this fall to face unannounced opponent

Pacquiao plans to come out of a brief sabbatical to fight again on Oct. 29 or Nov. 5 in the main event of an HBO pay-per-view card in Las Vegas, Top Rank promoter Bob Arum told ESPN.com on Tuesday.

Arum said there is no set opponent but that it would not be rumored foe Adrien Broner, the outspoken former four-division titlist, because Broner's asking price was a "crazy number."

Although Pacquiao announced his retirement from boxing after a superb performance in a unanimous decision victory in his third fight against Timothy Bradley Jr. on April 9, few believed it would stick.

After the win against Bradley, Pacquiao, who had been a congressman in his native Philippines, won a seat in the senate, where the workload is much more intense. To fight again, he will have to work out a schedule that will allow him to still attend to his senate duties.

In fact, Arum had placed a hold on the Mandalay Bay Events Center in Las Vegas for Pacquiao's possible return on Oct. 15. However, Arum said he had to change course because of Pacquiao's senate responsibilities.

"Manny wants to come back. The problem is he can only come back if it doesn't interfere with his senate duties," Arum said. "We had penciled him in for Oct. 15 at Mandalay Bay, but we were informed that is no longer possible because he has to spend that week leading up to Oct. 15 formulating the budget in the senate and doing the votes."

Arum said he is working with MGM executive Richard Sturm on the availability of its venues -- the MGM Grand Garden Arena, Mandalay Bay Events Center and T-Mobile Arena -- for those dates.

"Sturm is doing the research and seeing if he can move things around," Arum said. "The MGM wants to do the fight, and he'll come back to us when he comes to a solution."

If the MGM can't free up one of its arenas, Arum said the Thomas & Mack Center might also be possible in conjunction with The Wynn.

Arum said he has been in regular touch with Michael Koncz, Pacquiao's adviser, as they work through the date issues.

"Michael said Manny definitely wants to fight again. Not even a question," Arum said. "We just have to get an appropriate date."

Koncz told ESPN.com that Pacquiao wants to fight again before the end of the year, but the senate schedule makes planning a fight more complicated than it used to be.

"Manny's primary concern and obligation is to fulfill his senatorial duties," Koncz said. "But he just misses [boxing]. He misses the training. He misses being in the gym. You can see when he trains it's like a stress reliever for him. His mood changes. It's like he's in happy land. So I am working with Bob, and Manny is working closely with the senate president to make sure the dates are OK. We're doing this properly.

"When Manny was a congressman, we didn't have to clear dates. Now we have to. He is taking his job in the senate seriously. He is not going to be absent, which is why we can't do a fight Oct. 15 because of the senate dealing with the budget."

In May 2015, Pacquiao lost a unanimous decision to Floyd Mayweather in their welterweight unification fight. The long-anticipated megafight shattered every boxing revenue record, after which both fighters fought once more. Mayweather beat Andre Berto in September, then retired.

The 37-year-old Pacquiao (58-6-2, 38 KOs), boxing's only eight-division titleholder, sat out for nearly a year because he further injured his bum rotator cuff against Mayweather and had postfight surgery. He returned to beat Bradley, then retired.

While many believed Pacquiao and Mayweather would both return, Pacquiao will be the first to do so. In fact, Arum refused to promote the Bradley fight as Pacquiao's finale, even though Pacquiao said leading up to the fight that he was going to retire.

"I would have been excoriated," Arum said. "I knew this would happen. I'm not an idiot. I wasn't going to say [the Bradley fight] was Manny's last fight and have people say I sold the fight under false pretenses. I didn't represent that, so am I surprised by this? No. Not at all."

Arum and Koncz said Pacquiao would train around his senate duties.

"He can handle it," Arum said. "There is one week in October of intensive legislation. He'll train that week at off hours and before that week at regular hours and then probably two weeks in Los Angeles, and then the last week in Vegas. It's doable."

Arum said he and Broner adviser Al Haymon -- Arum's longtime adversary with whom he recently settled a $100 million lawsuit -- were able to work on the fight together and that they can do other fights as well, but that Broner (32-2, 24 KOs) was not realistic with his purse demands.

"I worked very, very hard with Al to make the Broner fight, but Al was never able to bring Broner around to a realistic number," Arum said. "He wanted what we haven't paid anybody in a long time. Just a crazy number. In effect he wanted parity with Manny, and Al agreed that he couldn't do anything with him. The kid is crazy."

Haymon refuses to speak to the media.

Arum said other possible opponents are junior welterweight titlist Terence Crawford, whom Arum promotes and who was a finalist for the April fight that went to Bradley. Crawford (28-0, 20 KOs), however, would have to beat Viktor Postol on July 23 in their unification bout. Arum also mentioned another fighter he promotes, welterweight titlist Jessie Vargas (27-1, 10 KOs), now that Vargas' proposed unification fight against Kell Brook has fallen through.

Arum said that if Pacquiao fights Crawford, he might go down to 140 pounds to challenge for Crawford's title.

Koncz said he was disappointed that Broner "outpriced himself."

"Broner is a decent fighter, and it would be entertaining for the fans," Koncz said. "But I lost respect for him because he outrageously outpriced himself. We even offered him an upside so if the pay-per-view sold really well he would make even more money. I've lost all respect for him as a person.

"So we'll get another opponent for Manny to fight. I'm not sure who, but we want a meaningful fight and an entertaining fight." 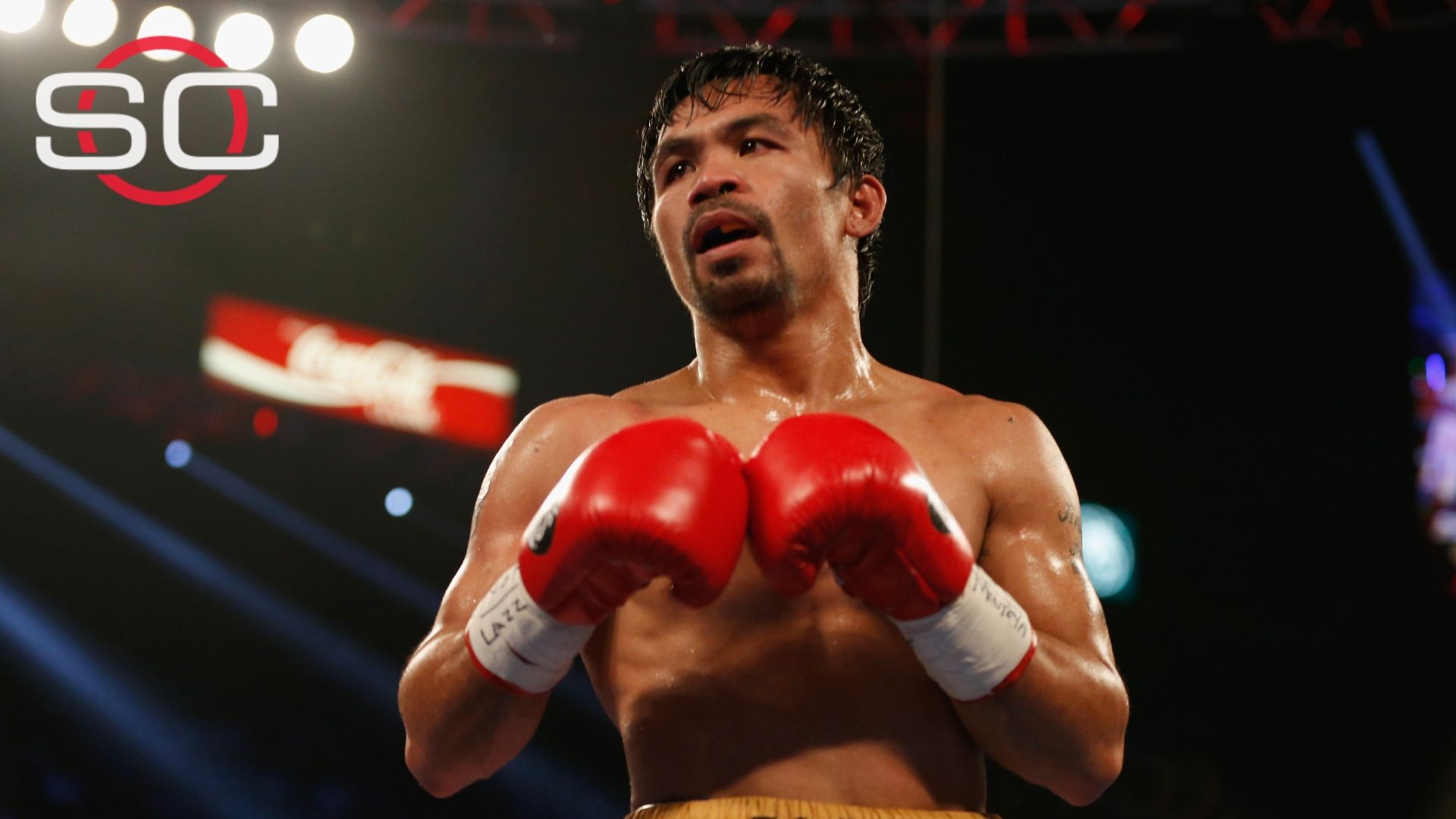 Who will Pacquiao fight in the fall?
Dan Rafael reports the latest on Manny Pacquiao, who is planning to come out of retirement for a fight on Oct. 29 or Nov. 5.
Related topics:
sportsespnmanny pacquiaonews uk boxingbob arumboxingretirementreturnlas vegas
Copyright © 2021 ESPN Internet Ventures. All rights reserved.
More Videos
From CNN Newsource affiliates
TOP STORIES