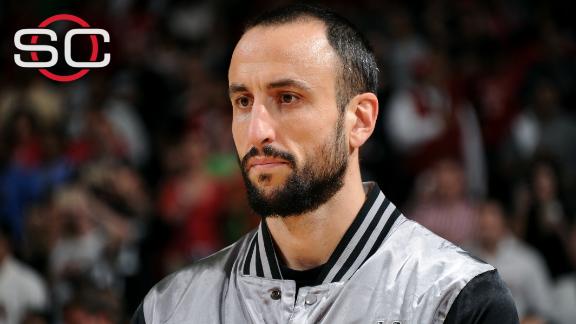 Manu Ginobili will play another season for the San Antonio Spurs,announcing his decision in a tweet Monday.

The 37-year-old Ginobili had saidTim Duncan'sdecision would affect whether he returned for the upcoming season. Duncan announced Thursday that he would return forhis 19th season.

The Spurs were determined to convince Ginobili to play one more season after agreeing to terms with LaMarcus Aldridge, sources told ESPN.com's Marc Stein. The Spurs remained quietly optimistic that Ginobili would ultimately opt to come back.

While Ginobili appears to be on the decline statistically, coach Gregg Popovich still wanted to bring him back for a 14th season with the Spurs, as Ginobili's experience and intangibles make him an important piece as the club tries to make a run at a second championship in three years.

Ginobili had pondered retirement since San Antonio's season ended with a heartbreaking loss to the Los Angeles Clippers in Game 7 of the Western Conference first round.

In 2014-15, Ginobili turned over the ball five times per 100 possessions, which registered as a career high. In the postseason series against Los Angeles, Ginobili connected on just 34.9 percent of his shots, the worst playoff field goal percentage of his career.

Ginobili has averaged 14.3 points throughout his career in the regular season and 15.2 points per game in the postseason.

The Spurs also agreed to terms with David West on Monday, sources confirmed to Stein.