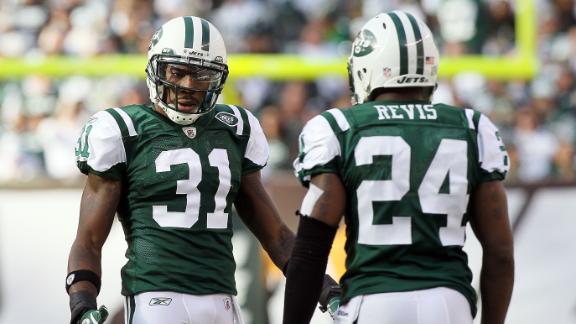 Continuing a makeover of the secondary, the New York Jets reached an agreement Thursday night with free-agent safety Marcus Gilchrist on a four-year contract, a league source confirmed.


In a span of 72 hours, the Jets have added four new starting-caliber players to the secondary. Aside from Gilchrist, they also have brought in cornerbacks Darrelle Revis, Antonio Cromartie and Buster Skrine, who probably will be the nickel back.


The Jets' secondary was weakened in recent years by big-name defections -- Revis being traded in 2013 and Cromartie becoming a cap casualty in 2014. As a result, the pass defense was horrible last season, as the Jets allowed an AFC-high 31 touchdown passes.


For a second straight year, Gilchrist started all 16 games in 2014, finishing second on the team in tackles with 76 and playing in a total of 929 snaps, second defensively to Eric Weddle (961). Gilchrist also notched two forced fumbles, a sack and an interception that sealed San Diego's win over the St. Louis Rams on Nov. 23.


Selected in the second round of the 2011 draft by the Chargers out of Clemson, Gilchrist emerged as a full-time starter in 2013 at safety, playing in the defensive backfield next to Weddle.


Gilchrist, 26, was drafted as a cornerback, but switched primarily to safety in 2012. He started 16 games in 2013, playing 951 snaps and finishing third on the team in tackles with 77. Gilchrist also finished the regular season with two interceptions, a sack, a forced fumble, a fumble recovery and five pass breakups in 2013.