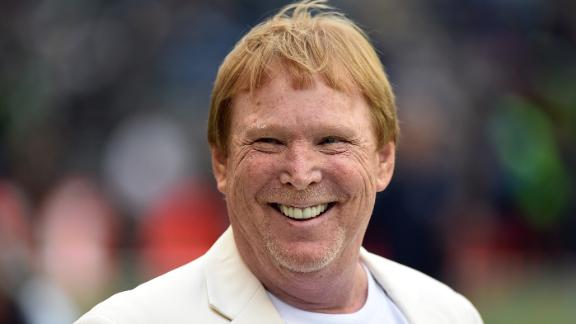 ALAMEDA, Calif. -- Oakland Raiders owner Mark Davis met with a delegation of officials from San Antonio on Friday to talk about a potential move for his franchise.

Former San Antonio Mayor Henry Cisneros and other city officials traveled to the Bay Area for the meeting, which comes about four months after Davis and other team officials had met with the group in San Antonio.

"We're going to present San Antonio's strengths and assets in the most persuasive way possible," Cisneros told the San Antonio Express-News before the meeting. "We have a very, very good opportunity to set it forth in a way the Raiders can digest."

The Raiders are in the final year of their lease at O.co Coliseum and are seeking a long-term deal. Davis has said his first choice is to remain in Oakland but he has been unable to reach a deal for a new stadium with local officials. The Raiders also could move back to Los Angeles, their home from 1982 to '94.

The Raiders are the only NFL team that shares its stadium with a baseball team. The Athletics recently signed a 10-year lease to remain in Oakland, but that agreement includes a provision to allow the Raiders to knock down the Coliseum for a new football stadium.

The Raiders left Oakland once before, when they moved to Los Angeles following the 1981 season. Late owner Al Davis brought the team back to Oakland in 1995.

Raiders officials also attended a college football game earlier this year at the Alamodome in San Antonio to determine if it was suitable as a temporary home, should they decide to move there.