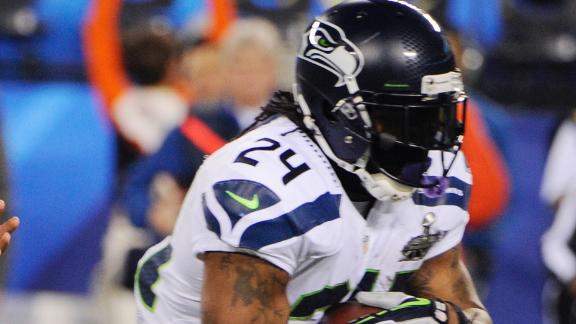 Seattle Seahawks running back Marshawn Lynch plans to hold out and not participate on the opening day of training camp Friday, former Seahawks fullback Michael Robinson said Thursday night on the NFL Network.

Robinson is one of Lynch's closest friends and has been advising him on his contract concerns.

Lynch wants his contract renegotiated with more money up front this season. He is starting the third year of a four-year deal that pays him $30 million. Lynch has a base salary of $5 million this season and $5.5 million in 2015, but he will count $7 million against the salary cap this year and $9 million next year.

Lynch did not attend any of the voluntary organized team activities in the offseason, but he did attend Seattle's minicamp last month, believing the Seahawks would negotiate in good faith to make changes to his contract. However, he did not participate in the practice sessions because of a sore ankle.

If Lynch isn't at camp, he will incur fines of $30,000 per day, along with partial forfeiture of his $6 million signing bonus if he holds out five days or more.

Lynch, 28, has been the workhorse of the Seattle offense the past three years, rushing for 4,051 yards on 901 carries (along with 39 touchdowns).

Robinson said he believes Lynch eventually will play this season.