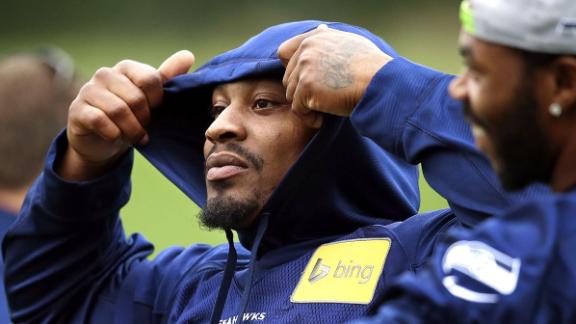 The Seahawks agreed to bump Lynch's base salary to $6 million instead of the $5 million he was scheduled to make this season, a source confirmed to ESPN. The $1 million addition is a combination of the $500,000 in pregame roster bonuses and $500,000 in incentives if he rushed for 1,500 yards. The Seahawks also are taking $500,000 that Lynch was slated to get paid in 2015 and giving it to him now. Lynch will now make $6.5 million this season.

Pro Football Talk was first to report the change in Lynch's salary structure.

In addition, Lynch will not be fined by the Seahawks for his holdout, a source told ESPN. The running back had accumulated nearly $500,000 in team fines for his absence through Thursday.

On Thursday, Lynch was caught by television cameras talking on his phone out near the Seahawks practice fields wearing a hooded "Beast Mode'' sweatshirt and knit cap on an 85-degree day. He was later hanging out in the lobby of the facility.

He must still pass his physical and be added to the active roster. Seattle's roster is currently at the 90-man limit.

Lynch, 28, has been the workhorse of the Seattle offense the past three years, rushing for 4,051 yards (along with 39 touchdowns) on 901 carries. He has averaged 300 carries and 1,350 yards over the past three seasons.

"Obviously, to have a guy like Marshawn back with us, a man who has been to four Pro Bowls, is something we definitely want," Seahawks quarterback Russell Wilson said. "Marshawn is one of those guys who has a knack for playing football. His running ability is unique and one of a kind. He brings whole other level of experience. He's an elite football player."

Last season, only Adrian Peterson had more yards after contact than Lynch's 574, and it was only by a margin of five yards. Lynch ranked first in the NFL in red zone rushing touchdowns last season with 12.

With Lynch away, the Seahawks have let Robert Turbin and Christine Michael get the bulk of carries during camp. That was already going to be the case during the preseason with Seattle wanting to keep Lynch healthy for the regular-season opener against Green Bay.

Both Turbin and Michael have been impressive thus far with Lynch gone.

"The more guys that we have, the better," Wilson said. "To have a guy like Marshawn Lynch ... is a good thing. We definitely want him on our team for sure."

Information from ESPN.com Seahawks reporter Terry Blount and The Associated Press was used in this report.