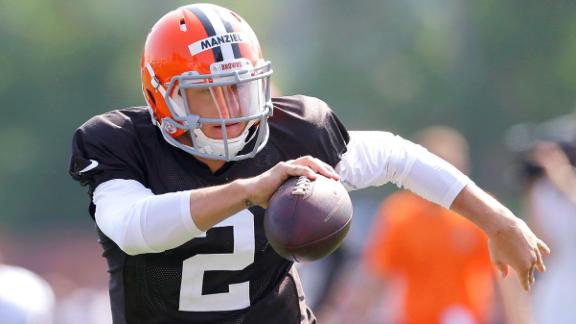 HOUSTON -- Texans owner Bob McNair knew what he would get if his team had drafted Johnny Manziel.

"I knew with Manziel it would be a frenzy," McNair told ESPN.com. "And probably even if he didn't succeed at being an outstanding NFL quarterback for a couple years, the fans would have been frenzied."

Indeed, groups of fans clamored for the Texans to draft the Heisman Trophy winner from Texas A&M. One even commissioned billboards around Houston urging the Texans to keep Manziel in the state.

It became the second time the Texans did not cave to public pressure in making their selection for the first overall pick. In 2006, the team took Mario Williams instead of the more popular Reggie Bush or Vince Young.

"Long term, we had questions as to how well he'd fit in our system doing what we wanted to do," McNair said. "At the end of the day, you've gotta do what you think is best for the team. If you do what's best for the team and the team succeeds as a result of it, the fans are going to forget those other things.

"When they say they want you to get Manziel, it's because [they think] with Manziel you've got a better chance to win. Or with Vince Young, or with Reggie Bush, or whoever, it's because they think you'll be a better team with that person."

Weighing fan pressure in team decisions is something McNair has grown comfortable with during his time as owner.

"We respect our fans and we listen to our fans, but they don't study the film that we study. They don't have the information and knowledge that we have. We're in the best position to make those decisions."