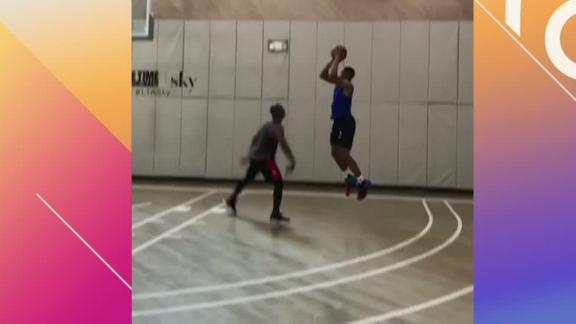 Did Houston Rockets fans just get a glimpse at their future?

Anthony has been on and off the trading block all summer, but he remains a Knick just two weeks before training camp is set to open. Last month, ESPN's Adrian Wojnarowski reported that the Knicks and Rockets had re-engaged on trade talks but the two teams have yet to come to an agreement on sending the 10-time All-Star to Houston. In addition to connecting with his former Team USA running mates Paul and Harden, Anthony was joined at Monday's pickup run by current Knicks teammates Joakim Noah, Tim Hardaway Jr. and Lance Thomas.

Though Anthony and the hoodie he's worn in most workout videos this summer drew most of the attention from Monday's workout, it was a star-studded affair that also featured Oklahoma City Thunder teammates Russell Westbrook and Enes Kanter, former Thunder players Victor Oladipo (now with the Pacers) and Serge Ibaka (Raptors), and a quartet of recent NBA champions: David Lee (2015), Iman Shumpert (2016), Dahntay Jones (2016) and JaVale McGee (2017). 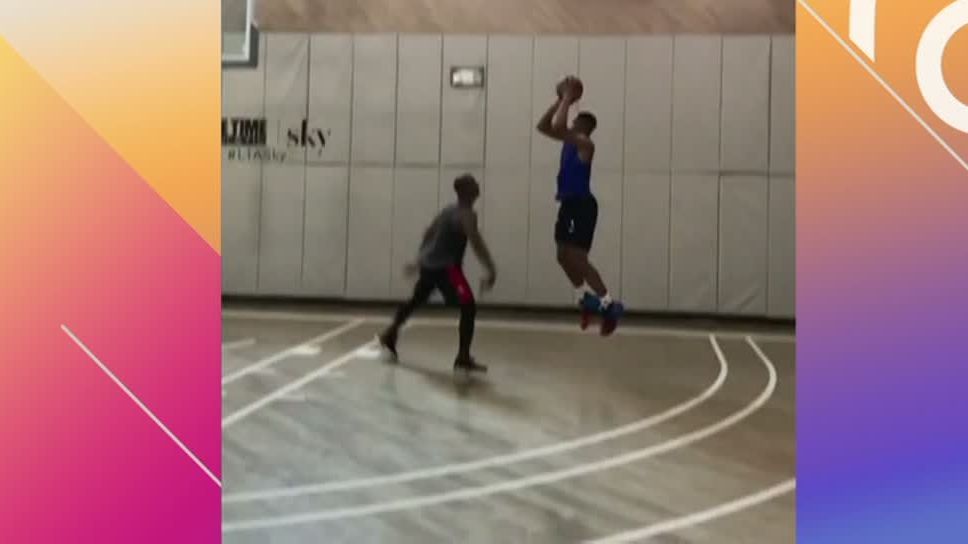