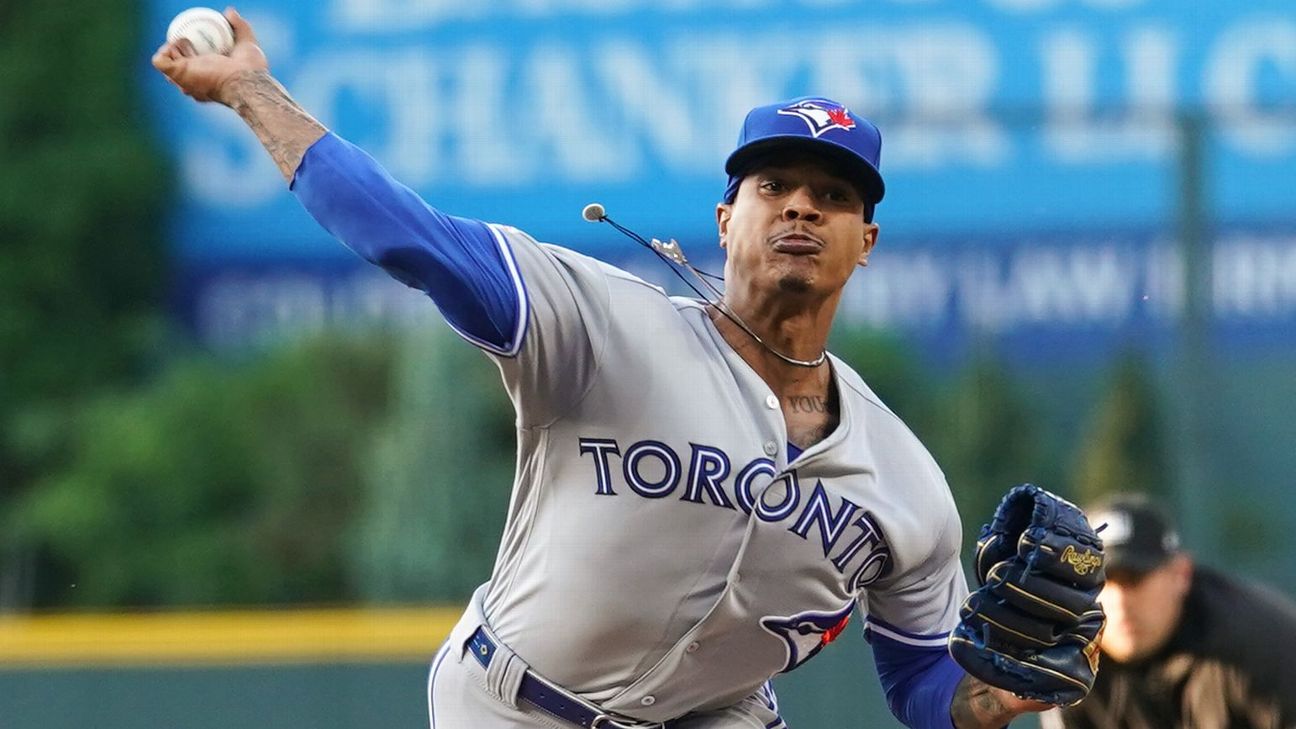 ESPN's Keith Law had Kay and Woods Richardson ranked as the No. 6 and No. 7 prospects in the Mets' system before the season.

The plan for the Mets is to not trade Stroman, sources told ESPN's Jeff Passan. The team is increasingly unlikely to sign pitcher Zack Wheeler to an extension and there is a strong likelihood New York deals at least one of Wheeler and Noah Syndergaard, sources said.

As part of the deal, New York gets $1.5 million from the Blue Jays to offset much of the $2,506,452 remaining on Stroman's $7.4 million salary this year. He is not eligible for free agency until after the 2020 season.

Stroman, a first-time All-Star this season, is 6-11 in 21 starts despite a 2.96 ERA that is fifth-best in the American League.

Mostly a ground ball pitcher, the 28-year-old has the third-lowest home run percentage (1.9%) in the AL this season. The Mets, however, have converted just 71% of ground balls into outs this season, the worst rate in MLB.

Stroman has a 2.93 career ERA and 11 quality starts in 20 appearances versus the National League. He has never pitched at Citi Field.

Toronto's clubhouse was not opened to reporters after Sunday's game against Tampa Bay, and Stroman left the ballpark without speaking to media. He took to social media Sunday night to wish a fond farewell to the city he has played in for the past 6 years.

Stroman thought he might've been moved before this Wednesday's trade deadline, and yelled, "This is my house!" as he walked off the field in his final home start for Toronto last Wednesday.

"I've always been emotional. I feel like I've had a pretty good tenure as a Blue Jay," the fiery right-hander said after the game. "There's been no willingness from the front office to sign me, so I've just kind of come to terms with it and I'm ready to dominate, wherever that may be, absolutely dominate."

Stroman was a prep star at Patchogue-Medford High School on Long Island before attending Duke. On April 16, 2009, he pitched against Matz, who was on Ward Melville High in East Setauket.

The Blue Jays tweeted a send-off for Stroman on Sunday night.

Woods Richardson is 3-8 with a 4.25 ERA in 20 starts for Class A Columbia of the Carolina League, with 97 strikeouts in 78 innings. Taken in the second round with the 48th overall pick last year, he signed for a $1.85 million bonus. 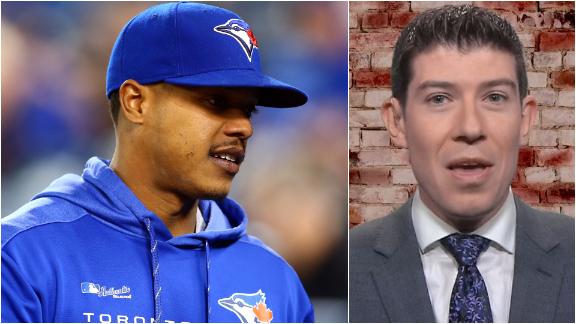 Passan: Mets' chaos could work out after trading for Stroman
Jeff Passan says the Mets are in "perpetual chaos," but it could have a favorable outcome if New York receives more for Noah Syndergaard than they gave up for Marcus Stroman. 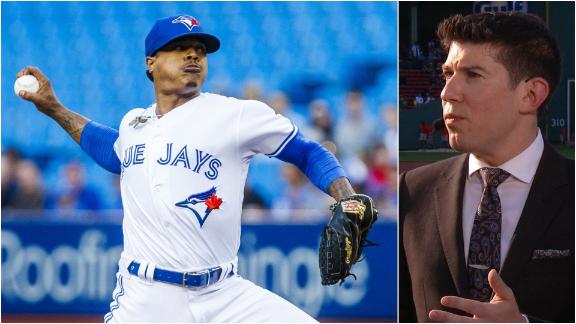