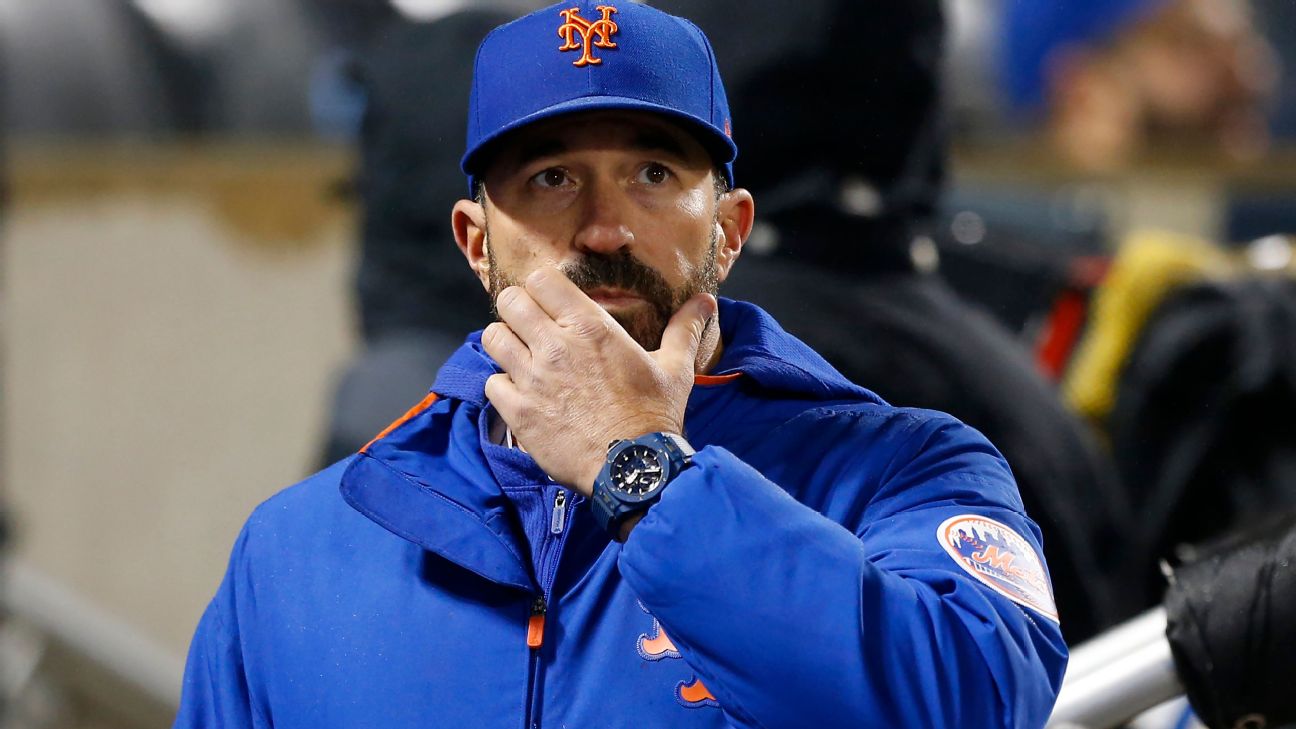 Following a second straight loss to the last-placeMarlinsin Miami,New York Metsmanager Mickey Callaway addressed increasing speculation that his job is in jeopardy.

The Mets fell a season-worst four games under .500 after being held to one hit in Saturday's 2-0 loss.

The Marlins, with the worst record in the majors, beat the Mets for the second straight day after entering the series with a seven-game losing streak.

"As a leader, you can't ever worry about yourself. I'm here. One of the things I told them when I got hired was selfless service is very important to me, and my goal every day is to improve that room, be consistent, and make sure our players continue to improve."

Callaway is in his second year with the Mets, who made lots of changes in the offseason, including a blockbuster trade for All-Star second baseman Robinson Cano and closer Edwin Diaz.

Last week, Callaway had a long meeting with Mets chief operating officer Jeff Wilpon and general manager Brodie Van Wagenen. They spoke about how to avoid the free fall the Mets endured last year right around this time, before finishing the season fourth in the National League East at 77-85.

"I do believe we have talent in there," Callaway said Saturday. "We haven't played like that. There's no doubt that hasn't been the case, but I believe those things for a reason, and I believe everyone comes to the park every day for something greater than what's been happening. We have to start making it happen, somehow, some way."

"It's not a question for me -- I think he's doing a great job," Frazier said. "He can't go up there and hit. He makes the lineup, he puts the guys in at the right time, and we're not producing."

A crowd of 13,474 saw the Marlins record their first one-hit shutout since four pitchers combined to throw one on May 7, 2017, against the Mets in New York.