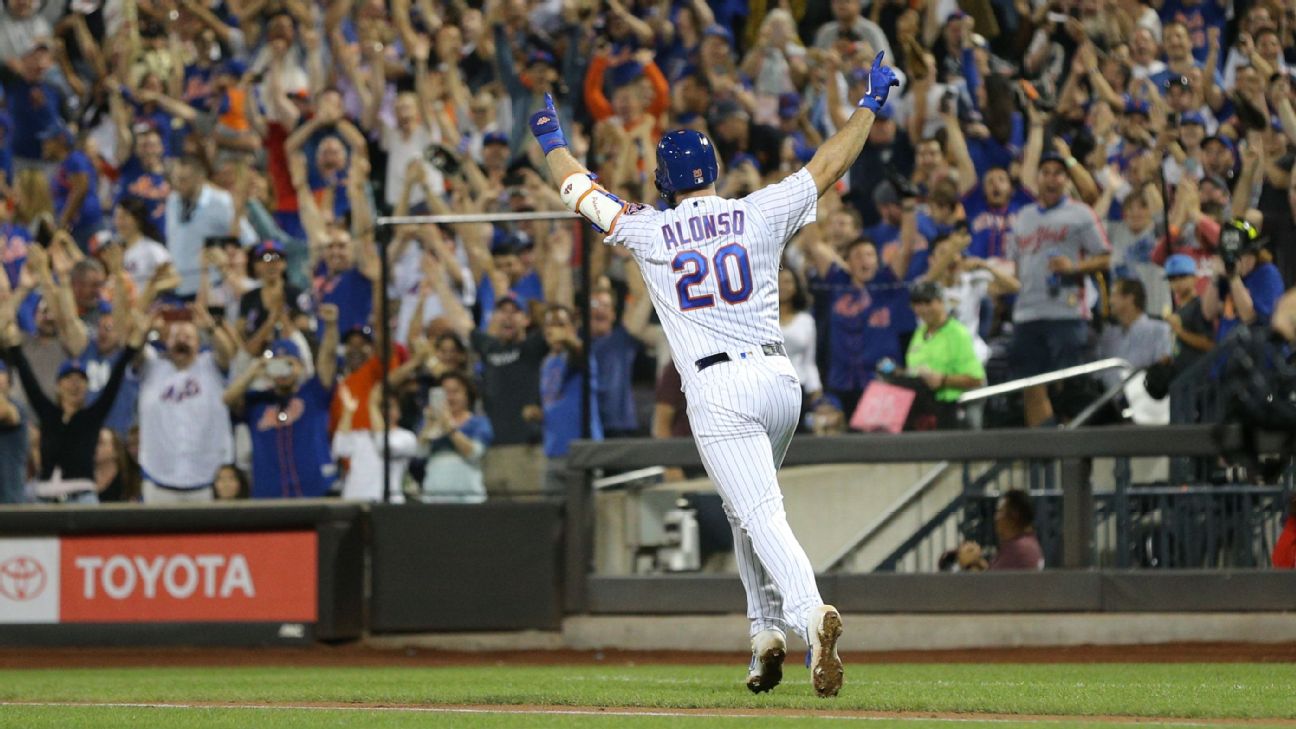 Alonso launched a 93 mph fastball on a 1-2 count from Atlanta Braves right-hander Mike Foltynewicz just to the right of straightaway center field. The solo shot gave New York a 3-0 lead in the third inning, which would hold as the final score.

As his 415-foot drive landed in the seats, Alonso raised both arms in triumph while running to first base. Mets teammates came out of the dugout to congratulate him as he rounded the bases, and the crowd of 32,210 at Citi Field gave a standing ovation to a player nicknamed "Polar Bear" during spring training by teammate Todd Frazier.

"It's surreal. It was almost like an out-of-body experience,'' said Alonso, a 24-year-old who debuted on Opening Day. "Unbelievable moment.

Alonso raised both arms again when he crossed home plate, then tilted his head back and looked skyward as he stood in front of the dugout. Overcome with emotion, he had tears in his eyes when he went out to his position at first base in the top of the fourth inning.

"I was just kind of thinking about all the greats in the game of baseball. I was thinking about guys like Babe Ruth, Ted Williams, guys like Aaron Judge,'' Alonso said, "and the fact that I'm ahead of those guys as a rookie, it's mind-blowing.''

"He's not moved to tears often,'' his mother, Michelle, said on the Fox telecast. "So for him to feel that reward and be moved to tears, that warms my heart because I was certainly falling in my seat at the moment at the same time. It was a family cryfest.''

Michelle and her husband, also named Pete, were sitting in the stands along with the player's fiancée, Haley Renee -- who was recording a video of the plate appearance.

"I usually never video his at-bats because I get superstitious,'' she said. "Now I have that forever.''

"When that ball was in mid-flight, it was all flashing in front of me,'' his dad said. "It was like an out-of-body experience.''

The ball was caught by a father attending the game with his wife and three kids. The family gave the ball to Alonso and met with the Home Run Derby champion after the game, receiving autographed memorabilia.

Alonso heads into the final day of the regular season leading the majors in homers, four ahead of Cincinnati's Eugenio Suarez. No rookie since 1900 has won an outright home run title in the big leagues.

Alonso already has set franchise records for homers, total bases (347) and extra-base hits (85). He has 120 RBIs and 102 runs, becoming the first Mets rookie to reach triple digits in both categories. The home run was his 11th of September.

When asked after the Yankees' game in Texas about Alonso breaking his record, Judge said, "Pretty cool accomplishment."

He offered to take Alonso to dinner in the offseason -- on Judge's dime.

"He's paying for it? Oh, dang,'' Alonso said. "Is he picking where we're eating or am I picking? I'll talk to him. But if he's picking the place, it's probably McDonald's or something, because I eat a lot. But if I get to pick and it's on him, then it may be like Peter Luger [Steak House].'' 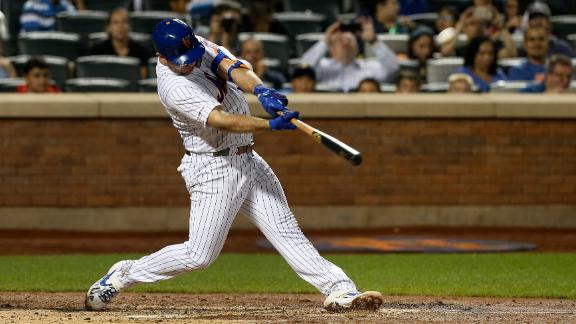