Mets-Phillies rained out, to be made up Aug. 16 as part of doubleheader 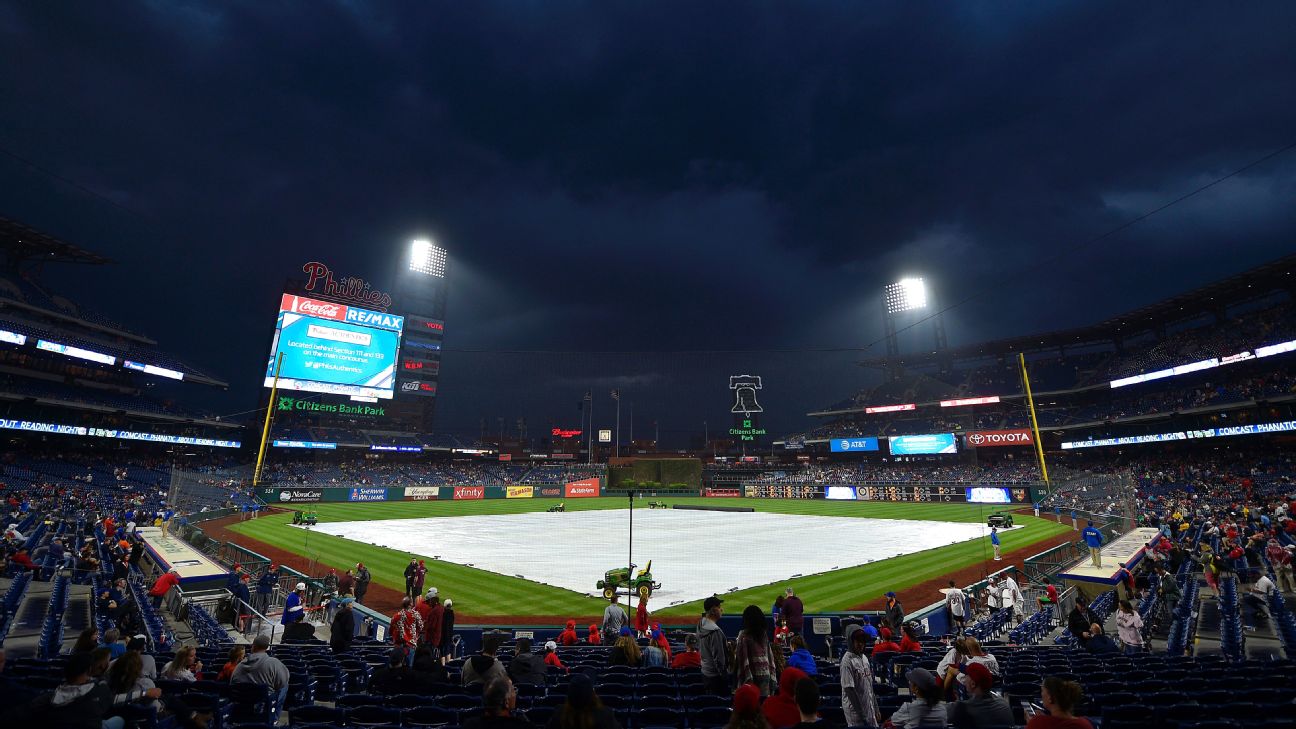 PHILADELPHIA -- The New York Mets and Philadelphia Phillies were rained out after a one-hour rain delay Saturday.

The game will be made up on Aug. 16 in Philadelphia as part of a single-admission doubleheader that will start at 4:05 p.m. It will be part of a five-game, four-day series that will include the teams playing on Sunday, Aug. 19, in Williamsport for the Little League Classic.

The Phillies' grounds crew placed the tarp on the field at Citizens Bank Park a few minutes after the scheduled 7:05 p.m. start time but before a pitch had been thrown because of the foreboding forecast. Thirty minutes later, a heavy line of thunderstorms rolled through the area.

Noah Syndergaard, scheduled to start for the Mets, will pitch at home against Toronto on Tuesday. New York's Jacob deGrom will make his scheduled start in the series finale against the Phillies on Sunday.

Aaron Nolais also expected to start as scheduled for Philadelphia on Sunday, when weather conditions are expected to be dicey for the finale with showers in the forecast.