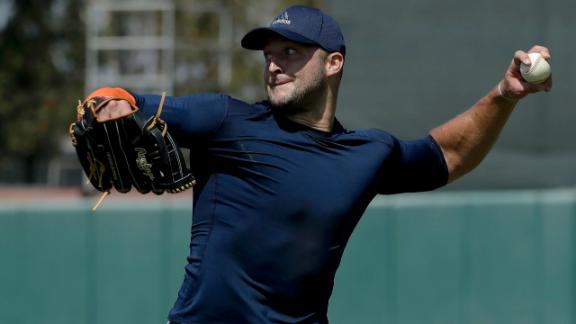 "While I and the organization, I think, are mindful of the novel nature of this situation, this decision was strictly driven by baseball," Alderson said on a conference call with Tebow and agent Brodie Van Wagenen on Thursday to announce the agreement that includes a $100,000 signing bonus. "This was not something that was driven by marketing considerations or anything of the sort. We are extremely intrigued with the potential that Tim has.

The decision nonetheless was made at the highest levels of the organization -- by Alderson and chief operating officer Jeff Wilpon -- and did not intimately involve the team's baseball-operations personnel. The Mets were one of 28 teams to attend Tebow's showcase last week in Los Angeles.

Tebow acknowledged his upcoming baseball journey is "not one that will be necessarily easy."

"I know this is a tough game," Tebow said. "But I'm looking forward to putting in the work and I felt like this was the best fit."

Tebow won the Heisman Trophy for the Florida Gators in 2007 and helped the team take two national championships.He played professionally for the Denver Broncos and New York Jets from 2010 to 2012. He spent training camps with the New England Patriots and Philadelphia Eagles in 2013 and 2015, respectively, but never played in the regular season for those teams.

Since 2013, Tebow has been a college football analyst for ESPN.Alderson said Tebow will be excused a couple of days each week from fall instructional league to fulfill that commitment.

"Tim is committed to his role at SEC Network and ESPN this fall," Stephanie Druley, ESPN senior vice president, event and studio production, said in a statement. "We have always been supportive of Tim's athletic pursuits. His new schedule will allow him to continue as a college football analyst on SEC Nation this fall."

Former major league pitchers Dallas Braden, who is now an ESPN analyst, and C.J. Nitkowski questioned how serious Tebow was about playing baseball based on the arrangement to give him excused days off each week.

After Tebow participates in the fall instructional league, which primarily is for teenage prospects, Alderson is not ruling out sending Tebow to the Arizona Fall League or a winter league. First, the Mets want to better gauge Tebow's readiness and determine whether it would be more beneficial to receive individual instruction during the offseason.

Even if Tebow never reaches the majors, Alderson insisted this is a win for the Mets because of the example Tebow's work ethic and character will set for the minor leaguers.

"Any player evaluation starts with tools," Alderson said. "From that standpoint, without grading everything out, suffice it to say Tim has been a great athlete. He has demonstrated more than rudimentary baseball skills. We think, with his commitment to success, that this is an opportunity that is worthwhile.

"In terms of power, in terms of arm, in terms of foot speed, all of those things, we think he can be a baseball player. I think that is underscored by his competitiveness and his determination to succeed and to improve. From our standpoint, this is another opportunity for us to develop a player and see where it goes. We understand most players don't make it to the major leagues."

Alderson said there's no guarantee Tebow will be invited to major league camp during spring training. He also added Tebow's signing is a "standalone proposition" and unrelated to Van Wagenen representing other Mets clients, including Yoenis Cespedes -- who has an opt-out this winter -- as well as Noah Syndergaard and Jacob deGrom.

"Brodie represents a number of players on our team," Alderson said. "But in the course of our conversations regarding Tim, none of those players were mentioned, none were in mind. I think Brodie is professional enough to keep all of those things separate."

The Mets will not be able to capitalize on Tebow's fame from a marketing standpoint, either. For that to happen, Tebow must be added to the team's 40-man roster and sign the group licensing agreement. MLB.com and Mets.com, in fact, are rejecting any fan who tries to make a custom Tebow jersey through the website.

Tebow said he came close to pursuing baseball a year ago, but the Eagles'interest tabled it.

"It's been something that I've been thinking about for a little while and came close to pulling the trigger on last year," Tebow said. "Then, actually, when I was in the middle of going through a day of training for baseball, [then-Eagles coach] Chip Kelly called and then I had to figure that out. ... We all know how that turned out."

"When you have 30 scouts coming to your workout, someone is going to sign you," Decker said. "We'll see how he does next spring in whatever camp it is. Best of luck to him.

"I believe Tim has a big heart and he's a good person. He's such a competitor that this is an outlet for him. But from the outside, I can see how it looks as a publicity stunt. I mean, he's got a good gig right now with the SEC Network. I'm sure he could do a daily talk show if he wanted. He's well-liked. I think this is him being competitive, wanting to get that fire again."

Asked about his preferred position, Tebow said he'll take his cue from the organization. But he noted he's a lefty thrower, so there's a limit.

What would Tebow deem success during his baseball pursuit? Is it major leagues or bust?

"I would consider success giving everything I have," he said.

Decker said that's the kind of teammate that Tebow has been in the past and what he expects him to be in the future.

"Guys will have to respect what he's done during his tenure in the NFL and who he is and the college football player he was. There's going to be mixed emotions (among his new teammates), I'm sure," Decker said. "He's going to be a good teammate. I think he's going to be very respectful.

"He's not going to come in with a chip on his shoulder or (say), 'I'm Tim Tebow, here's the red carpet.' He's not that type of guy in my experience. Guys will respect his work ethic and the person."

ESPN's Darren Rovell and Rich Cimini contributed to this report. 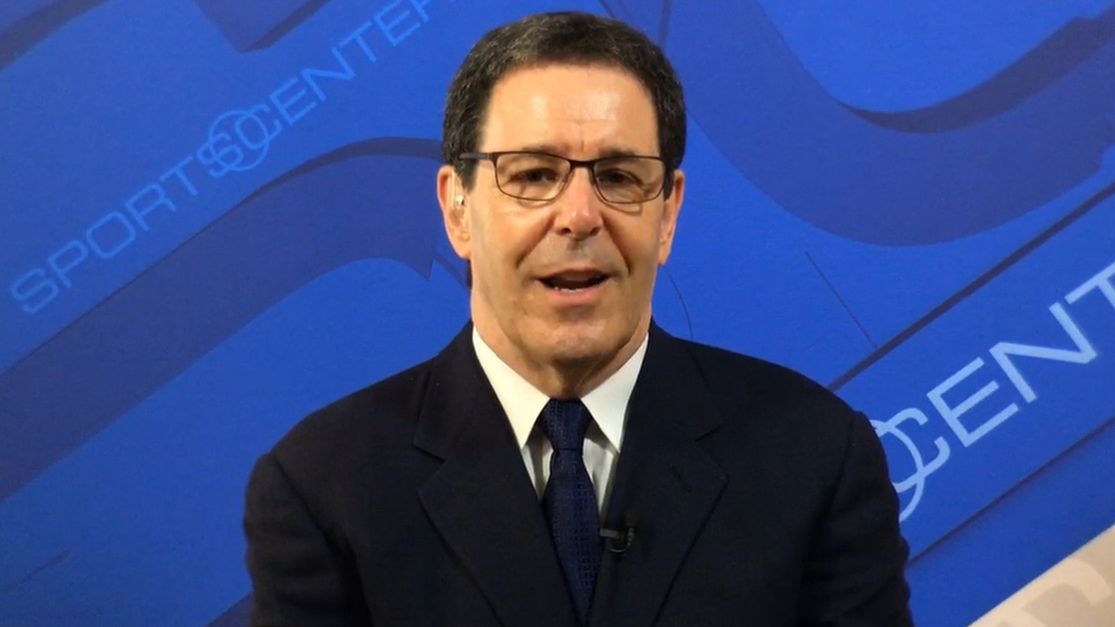 Tebow signing more than just baseball decision?
Jayson Stark thinks it is very difficult to believe the Mets' signing of Tim Tebow to a minor league contract was just a baseball decision, calling him a marketing opportunity. 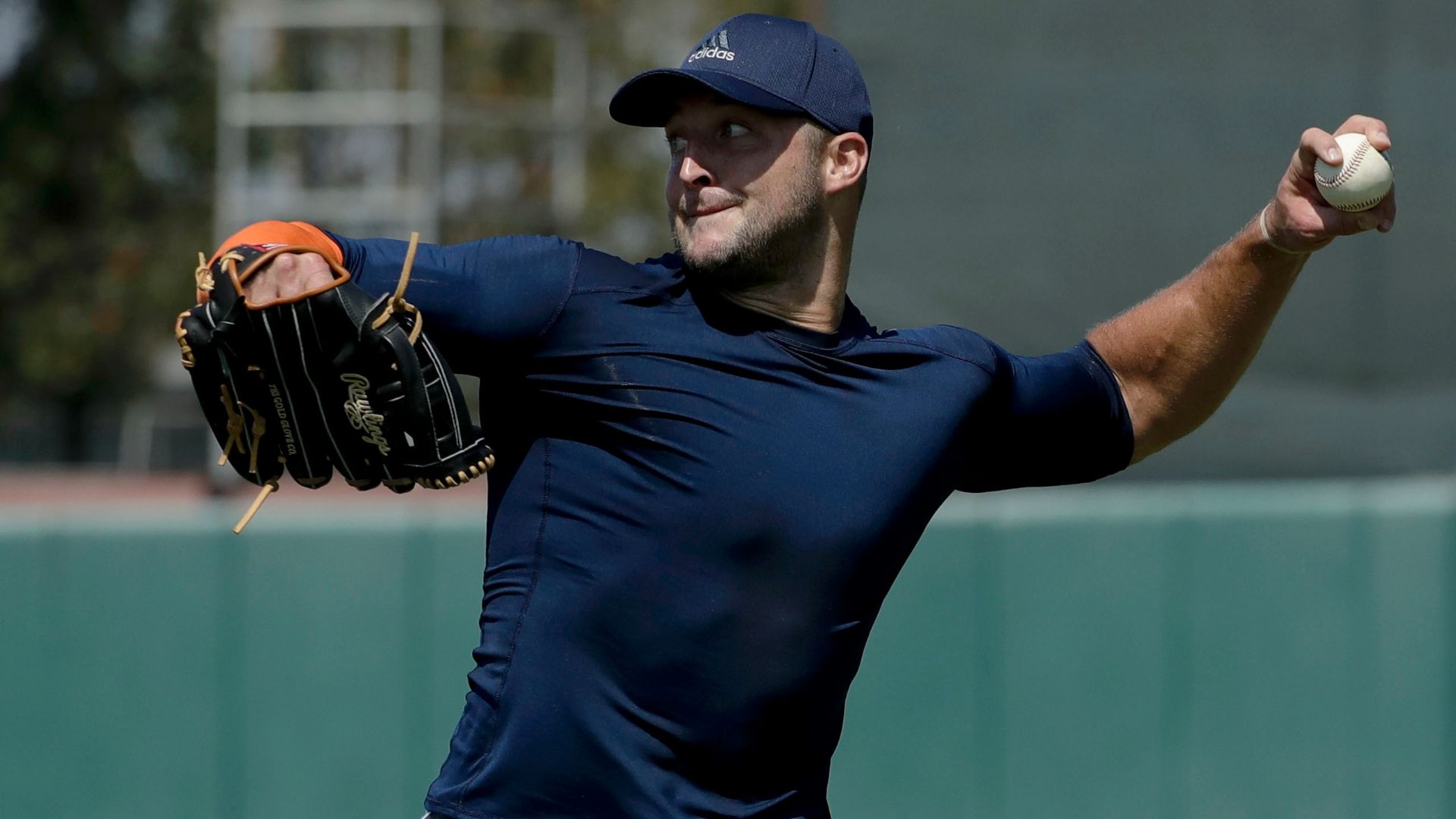