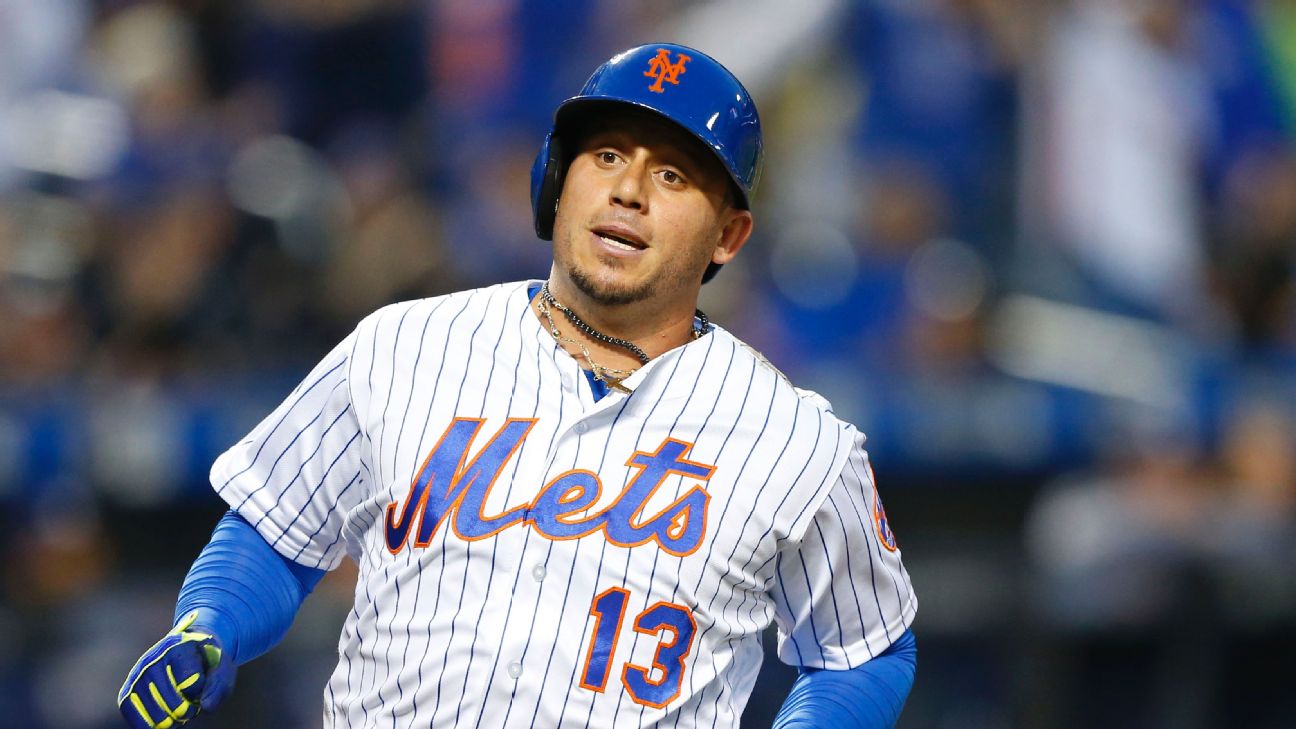 CINCINNATI -- Asdrubal Cabrera moved around a lot for the New York Mets, switching spots all over the infield. He was on the go Friday, too -- to the Philadelphia Phillies.

The National League East-leading Phillies swung a deal four days before the trade deadline, getting Cabrera from the Mets for Double-A right-hander Franklyn Kilome.

"He's proven in the batter's box," Philadelphia general manager Matt Klentak said. "He's a solid hitter and can cover three defensive positions. We see him playing second, short and third. Adding a player with flexibility to our roster was really important. We think he's an excellent roster fit for our current group of Phillies.

"We think this was our most pressing need. It was important to get this one done, but we will continue to make phone calls looking for any possible way to upgrade the club."

Cabrera was hitting .277 with 18 home runs and 58 RBIs as the Mets' second baseman. The 32-year-old Cabrera was a two-time All-Star shortstop for Cleveland earlier in his career.

His offensive fit should be a good one in Philadelphia. In 24 career games at Citizens Bank Park, he has recorded at least one extra-base hit in 12 of them, and his 1.053 OPS there is his highest at any ballpark.

New York saves the remaining $2,883,065 of Cabrera's $8.25 million salary, which is assumed by the Phillies. He is eligible for free agency after the season.

Cabrera split his time at second base, third base and shortstop last year with the Mets. He has started only at second this season. He homered, doubled twice and drove in four runs in Thursday night's 12-6 win over Pittsburgh.

Cabrera was traded at the deadline four years ago when Cleveland sent him to the Washington Nationals for their playoff push. After Thursday's win over the Pirates, he said he knew he could again be on the move.

"There's nothing I can control. Whatever they do, they want to do what's best for the team," Cabrera said. "I hope to stay here. I like New York. I like the team, the town."

Cabrera was in the original lineup for Friday night's game at Pittsburgh. Jeff McNeil took over the spot after the trade.

"For the last two years, [Cabrera has] been a real leader for us, a true professional from the day he walked through the door," Mets assistant general manager John Ricco said.

"I can't say enough good things about him. He's been a leader in the clubhouse and on the field. A guy who never wanted to come out of the lineup and we really appreciated him as a player and a person, and wish him nothing but the best in Philadelphia."

"We had teams that were kind of jockeying back and forth, and we spent a lot of time going back and forth with them," Ricco said. "At the end of the day, we thought that Franklyn was by far the best of the candidates that we were talking about."

Ricco added that the Mets weren't hesitant to trade within the NL East.

"You always keep an eye on that," he said. "But in this case, with a player who's a potential free agent at the end of the year, I think it's less of an issue. Frankly, it's probably more of an issue for the Phillies, dealing a young pitcher who they may end up seeing for a lot longer than we'll probably see Asdrubal in a Phillie uniform."

Ricco described Kilome as a four-pitch guy who's "a little raw," but complimented his potential.

"He's athletic. He's got a power arm and he's a starting pitcher, which is something in the last number of trades that we've made, we've been targeting more relievers. This gives us a starter that's in Double-A and is fairly close to being ready for the big leagues," he said.