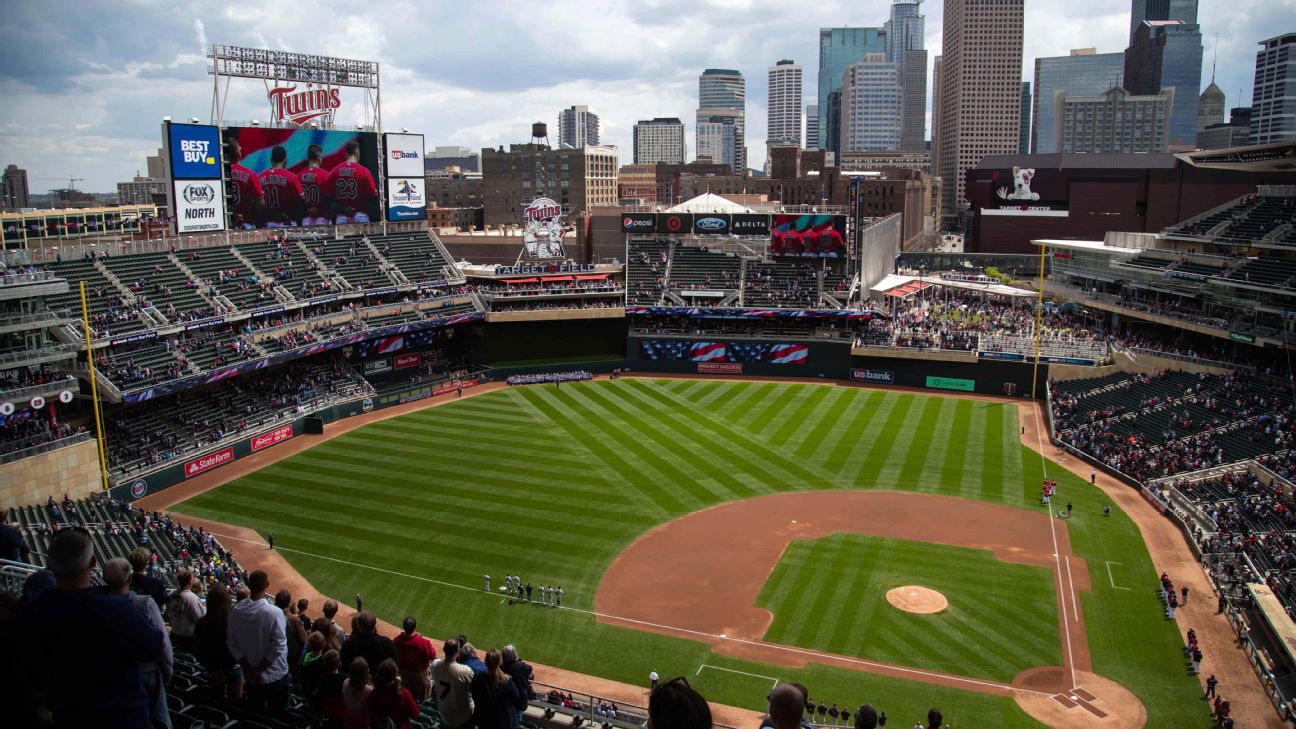 Wright, a 20-year-old Black man, died Sunday after a police officer shot him in the Minneapolis suburb of Brooklyn Center during a traffic stop. The Brooklyn Center police chief said the shooting was accidental, as the officer involved intended to fire a stun gun and not a handgun during a struggle with Wright. Police were trying to arrest him on an outstanding warrant.


"Out of respect for the tragic events that occurred yesterday in Brooklyn Center, and following the additional details in this evolving situation, the Minnesota Twins have decided it is in the best interest of our fans, staff, players and community to not play today's game" the Twins said in a statement.

The decision to postpone their home game against the Boston Red Soxwas made by the Twins after consulting Major League Baseball, in addition to local and state officials.

"Based on the events of the last 24 hours and as information has started to come to light, playing a baseball game today felt a little less important. When you add a level of public safety to that, particularly the safety for fans, our players, our staff, again we thought the decision we made today was the right call. History will maybe tell us otherwise. But today, this moment, we're pretty confident we're doing the right thing."

Wright died of a gunshot wound to the chest, and his death was ruled as a homicide, according to theHennepin County Medical Examiner's office.Homicide is defined as the killing of one person by another.

The state Bureau of Criminal Apprehension, which is investigating the shooting, identified the officer who shot Wright as Kim Potter, a 26-year veteran who has been placed on administrative leave.

Minnesota Gov. Tim Walz announced a curfew from 7 p.m. Monday until 6 a.m. Tuesday for the three counties that include Brooklyn Center, Minneapolis and the capital of St. Paul, where the Wild play. The rest of the Red Sox-Twins games remain scheduled for Tuesday, Wednesday and Thursday afternoons.

"When you make these decisions, you do so in a very preventative way and out of an abundance of caution," St. Peter said. "With the unknown of what could transpire across our community in the next several hours was, I think, in our mind, enough of a risk, so to speak, that we felt it was in the best interest to allow everybody to go home and let's assess kind of where we are tomorrow and we'll make a decision about tomorrow's game tomorrow."


Security around downtown Minneapolis, where the Twins play, already has been heightened because of the trial of Derek Chauvin, whose knee prosecutors say was pressed on George Floyd's neck for more than nine minutes as the unarmed Black man was handcuffed and pinned to the pavement on May 25, 2020.

Floyd's death sparked a summer of unrest and a national reckoning over racial injustice that was felt poignantly and painfully in Minneapolis. Chauvin's trial at the county government center is about eight blocks from Target Field.

The Red Sox were already staying at a hotel outside the city due to security precautions. Prior to the announcement of the postponement, both the Red Sox and Twins had taken the field to warm up, with the national anthem already played.

"Obviously, a tough situation, sad situation, especially in this area, right?" Red Sox manager Alex Cora said, extending "thoughts and prayers'' to the Wright family. "It's been tough the last 12 months, with everything that's going on.''

The Timberwolves called off their home game on Monday night against the Brooklyn Netswithout immediately announcing when it would be rescheduled. General manager Gersson Rosas called Wright's death "devastating" and said that postponing the game was "the best decision."

"Just because we are in sports, we feel sheltered and nothing gets to us, but this is our community," Rosas said on ESPN Radio's Spain and Fitz. "It could have easily been any one of us, any one of our players, any one of our staff members, anyone in our organization. ... It's not something you can get numb to and not something to feel like it's normal because it's not normal. A life was lost last night, and that's something that impacts all of us."

The NHL's Wild were supposed to host the St. Louis Blues on Monday night. The postponement was made "out of respect for heartbreaking incident" in Brooklyn Center, the team said. That game was rescheduled for May 12, during the extra week the league has added to the regular season to accommodate postponements due to COVID-19 protocols.

"I think we all just figured it was the right thing to do,'' Wild general manager Bill Guerin said.


Several NBA coaches addressed the shooting before their games Monday night, including Doc Rivers and Gregg Popovich. Rivers said Wright's death at the hands of police was "frustrating for all Black Americans."

"We keep making mistakes and killing Black people," Rivers said Monday. "I don't want to get into race, but it's there. I think we all have weaknesses, and we all need to confront them and find out how we can make this place a better world, a better country.

"To me, improving our culture, as a society, is really important. Not counseling, but improving it."

Popovich echoed that sentiment, saying the shooting made "you sick to your stomach."

"How many times does it have to happen?" he told reporters Monday. "As sick to our stomachs as we might feel, that individual is dead. He's dead. And his family is grieving and friends are grieving. And we just keep moving on as if nothing is happening.

"I've said it before, but I think we're on the precipice of being Rome. It's over unless we find some leadership and some common sense and some fiber and some people that can steer us in the right direction." 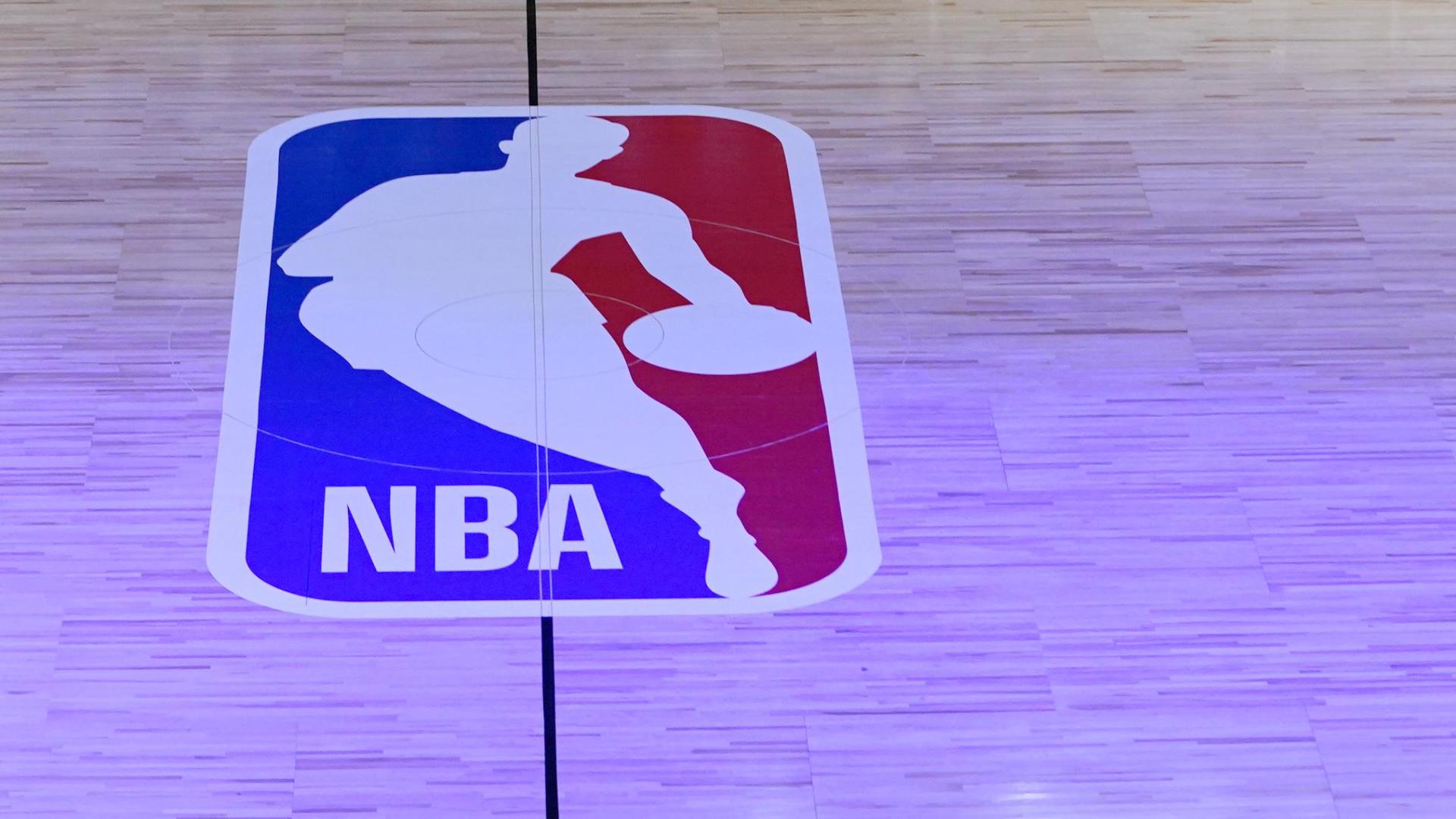