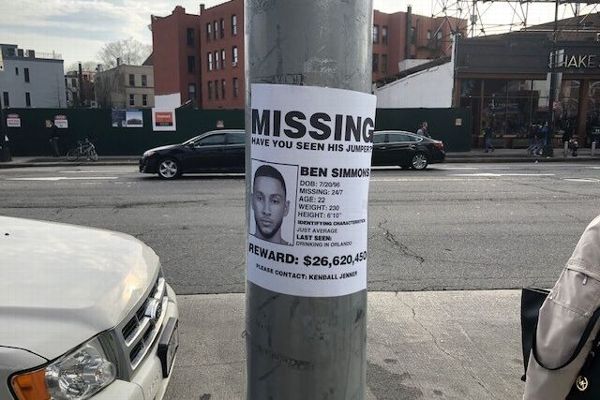 A "missing" poster mocking Sixersstar Ben Simmons' jump shot was taped on a street sign outside of the Barclays Center ahead of Game 3 of the Brooklyn Nets' series against Philadelphia.

The poster jokingly offered a $26,620,450 reward for the retrieval of Simmons' shot -- the amount of the point guard's rookie contract.

The dig at Simmons, who went 21-for-93 on attempts between 10 and 24 feet in the regular season, comes in the wake of his triple double (18 points, 12 assists, 10 rebounds) inPhiladelphia's Game 2 win.

He went on to post a playoff career-high 31 points on 11-for-13 shooting and nine assistsin Thursday's Game 3.

After Wednesday's practice, Nets veteran Jared Dudley described Simmons' effectiveness in half-court offense as 'average,' which is a product, in part, of his lack of threatening defenses with a jump shot.

"I think that Ben Simmons is a great player in transition. Once you slow him up in the half court, I think he's average," said Dudley, who will likely defend Simmons at times in Game 3.

"He's a player that, when he picks up speed, he's a load. So, you've got to have two guys with him. For him, it's taking away his easy baskets. If you're in a bad way, foul him and make him make free throws. If he's 4-for-4, keep fouling him. The odds tell you what his percentages are for free throws. Someone like that, you've got to stop him in transition."

When Dudley's assessment was relayed to Simmons on Thursday morning, he replied, "It's coming from Jared Dudley; c'mon." 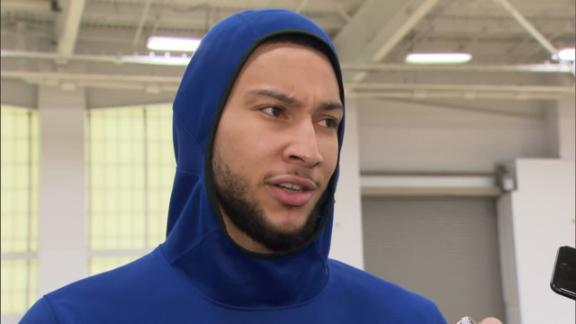