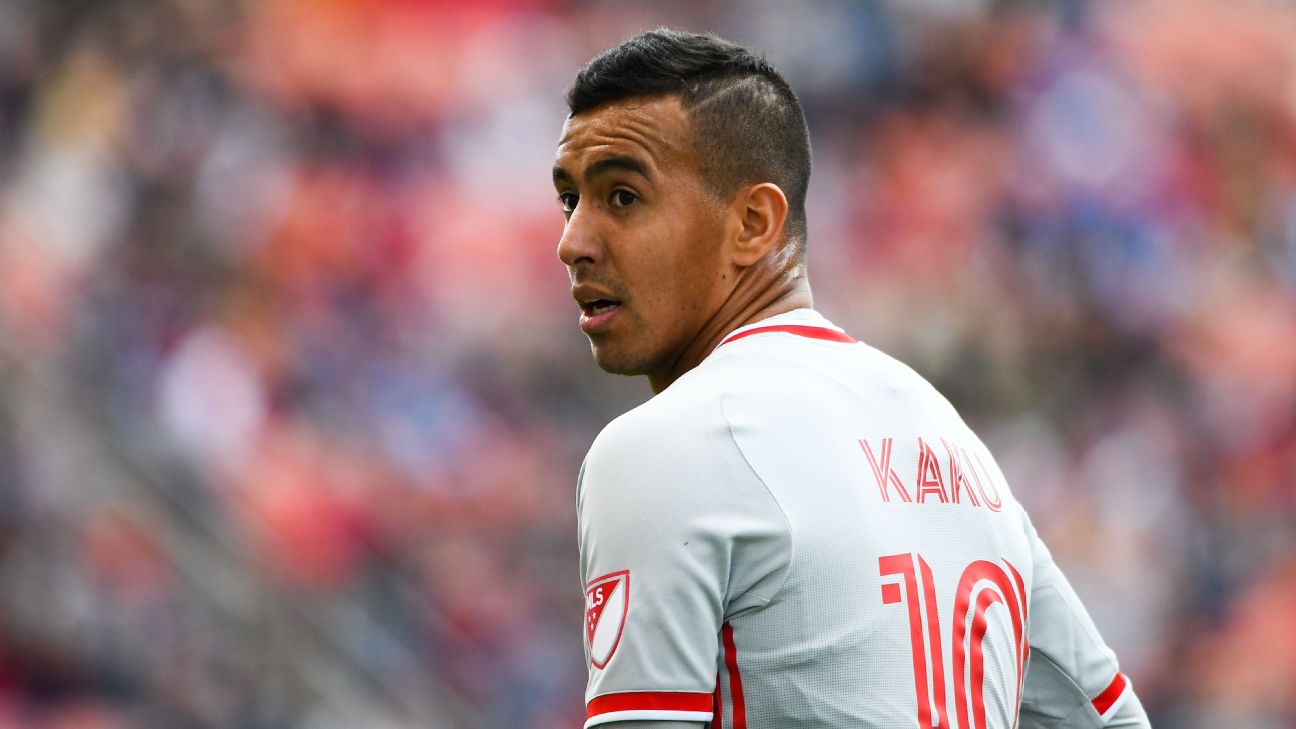 Major League Soccer and the New York Red Bulls have voluntarily dismissed a lawsuit in federal court against Scott Pearson, the purported agent of midfielder Alejandro "Kaku" Romero Gamarra, according to court documents.

MLS and the Red Bulls have been locked in a dispute with Kaku since the start of the year, when Kaku signed a contract with Saudi Arabian club Al-Taawoun, despite still being under contract to the Red Bulls.

In a bid to recoup benefits that they say they would have received had Kaku remained with the Red Bulls or been transferred to another club, MLS and the Red Bulls sued Pearson, alleging "tortious interference" in his handling of Kaku's contract with the league, and the player's subsequent move to Al-Taawoun. MLS and the Red Bulls had been seeking over $6m in damages from Pearson and his company, Argentine Futbol Tours LLC.

"Yesterday, MLS and the New York Red Bulls voluntarily dismissed their frivolous lawsuit against Scott Pearson," said Pearson's attorney, Chris Deubert, in a statement to ESPN. "The lawsuit should never have been filed and it is shameful that Mr. Pearson had to retain counsel to convince MLS and the Red Bulls that the lawsuit had no merit. Mr. Pearson at all times has acted appropriately and professionally in advancing the needs of his clients, including both professional soccer clubs and players. It is unfortunate that MLS and the Red Bulls tried to make up for their own negligence and incompetence by unfairly blaming, maligning, and defaming Mr. Pearson. Mr. Pearson is considering and will continue to consider his legal options."


MLS didn't immediately respond for a request for comment.

MLS has long maintained that it exercised a unilateral contract option on Kaku prior to a deadline of Dec. 31, 2020, and informed both Kaku and Pearson of their intentions. (FIFPro, the worldwide representative organization of players, has long been against unilateral options given that they are at the discretion of the club. FIFA's DRC and the Court of Arbitration for Sport have ruled on cases involving unilateral options on a case-by-case basis, though in one instance the DRC referred to unilateral options as "problematic". FIFA's Regulations on the Status and Transfer of Players are silent on the issue.)

Kaku, with the backing of the MLS Players Association, contended that the Red Bulls didn't exercise the option in time, and he was thus free to sign a contract with another club. Pearson stated that he wasn't Kaku's agent, meaning he wasn't authorized to receive any notification of the intent to exercise the option. The now dismissed lawsuit alleged that Pearson scrubbed his web site and social media accounts of any mention of Kaku, but continued to shop the player to other clubs. Kaku signed with Al-Taawoun on Jan. 15.

When asked if Pearson was indeed Kaku's agent, Deubert said, "Whether Mr. Pearson is Kaku's 'agent' is a complicated and context-specific factual and legal question. Mr. Pearson, like many others, has advised Kaku on certain aspects of his career at certain times."

Per the Collective Bargaining Agreement (CBA) between MLS and the MLSPA, the case was taken to an arbitrator, who sided with MLS and the Red Bulls, stating that Kaku had breached his contract with MLS, and ordered him to cease playing for Al-Taawoun. MLS later filed a petition in federal court seeking enforcement of the arbitrator's ruling.


The ruling had no subsequent impact on Kaku's behavior, and he has continued to play for the Saudi club, making 18 league and cup appearances, scoring 11 goals, across two seasons.

A source with knowledge of the now withdrawn lawsuit told ESPN, "This is essentially a move to try and enforce the arbitration judgment against Kaku and his agent. It's simply a tool to exert leverage and bring the [Saudi] club to the table."

Back in July, sources told ESPN that MLS was in the process of filing a complaint against Kaku and Al-Taawoun with FIFA's Dispute Resolution Chamber. MLS planned to argue that Kaku moved to the Saudi club last January while still under contract to MLS, and by extension the Red Bulls.

At that time, one source with knowledge of the situation said that MLS was looking "for FIFA to enforce the arbitration award," but it isn't clear if MLS actually followed through and filed a complaint with FIFA. 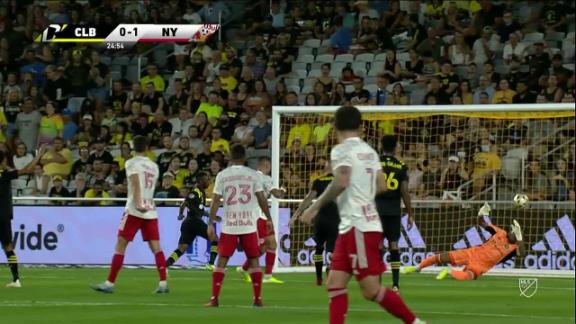