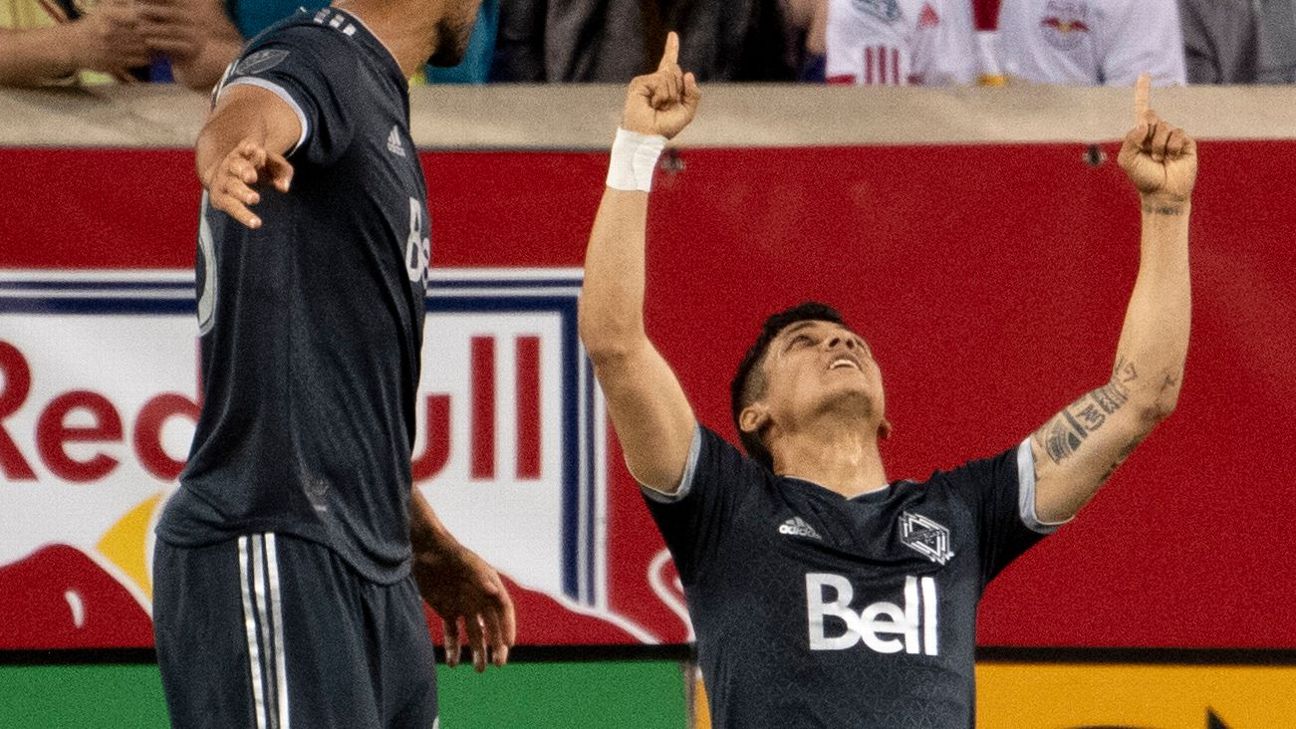 Fredy Montero converted a 61st-minute penalty kick, and the Vancouver Whitecaps earned a 2-2 draw against the New York Red Bulls on Wednesday night at Harrison, N.J.

Scott Sutter added his first goal in a Whitecaps shirt as Vancouver (3-6-5, 14 points) drew for a second consecutive game after starting their two-game trip with a 1-1 result at Sporting Kansas City last Saturday.

Brian White scored before half-time, and the Red Bulls (5-5-3, 18 points) held a brief second-half lead through an own goal but had to settle for a draw after winning four of their previous five. Argentinian Alejandro Romero "Kaku" Gamarra was the creator behind both Red Bulls' scoring attacks.

Despite conceding twice, Red Bulls goalkeeper Luis Robles was exceptional after half-time, pushing Felipe's header onto the back post in the 53rd minute and also denying Andy Rose in the 58th minute and Joaquin Ardaiz in the 69th. Then he sprawled to his left to deny Lucas Venuto's curler in the fifth minute of stoppage time for his fifth and final save of the evening.

Sutter gave the visitors a somewhat surprising lead in the 29th minute after Ardaiz stormed down the left flank on an energetic solo run. Ardaiz didn't get the assist, since his cross across the 6-yard box was deflected, but it still reached the back post, where Sutter smashed it in.

The Red Bulls leveled eight minutes later after their own attack down the wing through Kaku, who looped his cross toward Amro Tarek near the penalty spot. Tarek headed it toward goal, and then White redirected it with another header to beat goalie Zac MacMath.

New York went ahead 10 minutes after the break when Kaku spotted White down the right, and White's cross redirected off retreating defender Rose and inside the left post.

Much like their opponents before halftime, the Red Bulls held their lead for only six minutes before Montero leveled from the spot, following a video review that resulted in a handball whistled on Rose. 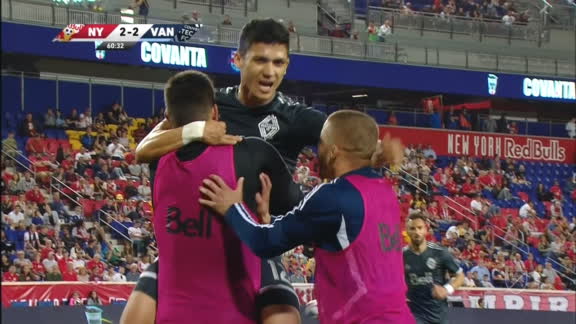 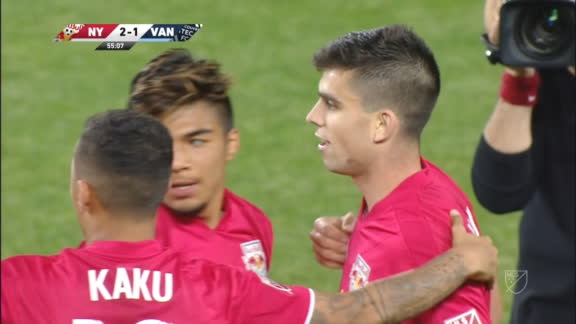 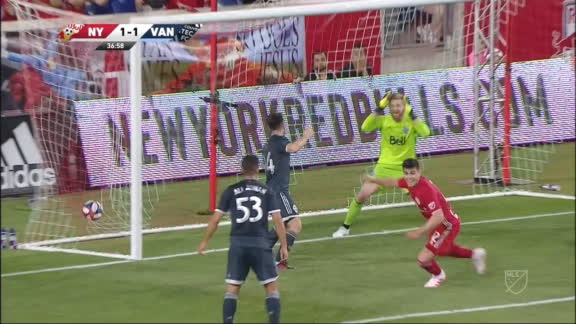 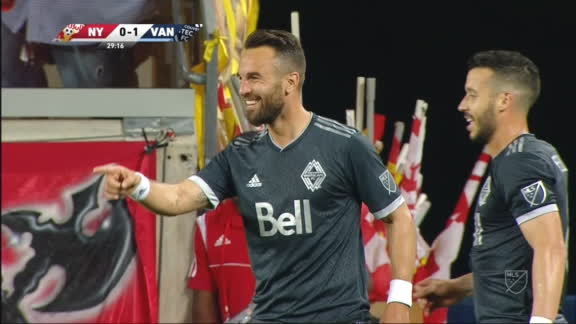